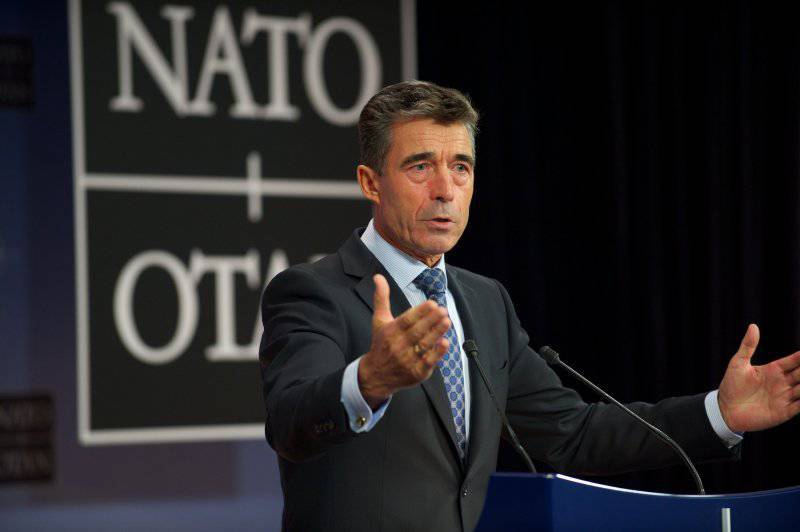 The visit to Brussels of Russian Defense Minister Sergei Shoigu last week and his participation in a meeting of the Russia-NATO Council at the level of heads of military departments is a significant event. At the headquarters of the North Atlantic Alliance, Sergei Shoigu visited more than once, but as the head of the Emergencies Ministry. But in the rank of Minister of Defense, he visited the capital of Belgium for the first time. But also, as they say, not with empty hands.


Relations between Russia and NATO have always been difficult. Nevertheless, the new ideas expressed by the minister and designed to make a significant contribution to the fight against international terrorism, particularly in Afghanistan, from which the alliance brings out its main forces next year, were favorably accepted by almost all members of the Russia-NATO Council. In addition to training specialists for the Afghan Air Forces who are trained at Russian facilities in Siberia, as well as police officers who specialize in combating drug trafficking, Sergei Shoigu proposed the creation of a training system for Afghan sappers. On the one hand, it will help clear the land of a long-suffering country, where the last 30 years the war has not stopped, from mines and unexploded shells. And on the other hand, it will give decent work and a decent income to a large number of young Afghan guys, who otherwise could be influenced by the Taliban, extremists and would join the ranks of terrorists.

Sergei Shoigu offered the international community and the help of Russian military experts in the destruction of the Syrian chemical weaponsHe also expressed hope that next year a joint project on the safe and environmentally friendly destruction of obsolete ammunition in the Kaliningrad region based on technologies developed in the NATO countries will enter the practical phase. One such plant is already operating in Turkey. Alliance officials promised to acquaint Russian specialists with the processes and technologies used there, but have not done so yet. It is possible that after the Russian minister attends a meeting of the Russia-NATO Council, the fulfillment of this promise will be accelerated.

Relations between Russia and NATO, it should be noted, are not limited to plans agreed or discussed this week in Brussels. The joint work of Moscow and Brussels on the fight against piracy in the Gulf of Aden, and also joint exercises at sea and in the sky, and with individual countries of the alliance and on land are known. Military-technical cooperation of the Russian military and their partners from the states of the North Atlantic bloc is underway. Work is continuing on the creation of a system for the remote detection of explosives, which is supposed to be used not only at aerodromes, railway stations and the subway, but also in other places where a large number of people are accumulating.

On the eve of the NATO-Russia Council meeting, NATO Secretary General Anders Fogh Rasmussen held only for Russian journalists, among whom was the author of these lines, an exclusive press conference where he noted that lately there has been more openness, predictability and trust between us. He highly appreciated the transparency of the Russian Armed Forces involved in the West-2013 exercise, when more than 80 representatives of foreign countries, including NATO countries, could witness the progress of these exercises, were familiarized in detail with their scenario, composition of forces and assets derived on maneuvers. Rasmussen promised the same transparency at NATO exercises, which will be held on the territory of Poland and the Baltic countries in the first days of November.

Although later, at a meeting of the Russia-NATO Council, Sergei Shoigu slightly noticed his colleagues from the alliance that the scenario of their teachings presupposes the help of the allies in the attack of a neighboring country on one of the states of the North Atlantic bloc. Who, the Russian minister said, is not difficult to guess. The Russian military had enough tact not to use such a formula, making the teachings anti-terrorist. NATO colleagues for some reason did not dare. Members of the Russian delegation, who were present in the meeting room, reported that many ministers looked down at these words.

But not only these "clumsy scenarios" restrain cooperation between Russia and the alliance. In the end, the plot for the exercises can be replayed. The implementation of the confrontational antimissile plans in Europe, attempts to revive the old CFE Treaty, advancing the NATO military infrastructure to the Russian borders, the policy of the alliance to expand its members, continues to be a much bigger obstacle between the parties. Anders Fogh Rasmussen informed the journalists that the doors of the alliance are open for Georgia and Ukraine, but they can enter there only when they meet the requirements of NATO. And in 2014, this is definitely not going to happen. But it seems that this is not only about Ukraine and Georgia. Colleagues were struck by the fact that tourists from Finland visited the NATO headquarters in Brussels.

Usually, NATO headquarters are not included in the tourist attractions of the capital of Belgium, and then forty housewives get acquainted with the halls for holding meetings of representatives of the 28 countries of the alliance, with rooms for press conferences, souvenir shops, with a dining room ... Why would it happen?

There are still unsolvable problems in the relations between Russia and NATO. One of them is European missile defense. "Working together in this area does not work," said Sergei Shoigu. "The missile defense program in Europe is developing, our concerns are not taken into account. I would like to emphasize that we continue to support mutually beneficial cooperation in missile defense, a collaboration that helps strengthen the security of each However, before launching general anti-missile projects, we need firm and reliable legal guarantees that the US missile defense system will not be used against Russian nuclear forces "In addition, we lack predictability regarding US and NATO missile defense plans."

The NATO Secretary General, in turn, told Russian journalists that he really wants the ABM dialogue to be revived. “We previously agreed to create a NATO missile defense system because we believe that the missile threat is a real threat. As a defense alliance, we must provide our population from any threat,” said Anders Fogh Rasmussen. “We view this threat as real. Therefore, we we need an appropriate defense system that we are going to develop in the coming years. By 2018, our missile defense system will fully protect the people of Europe and NATO countries. "

On the sidelines of the headquarters we were told that the missile defense problem was too politicized for the parties to agree on some of its points. All disputes and consultations should be entrusted to experts. Let them find a technically and technologically acceptable option that will bring Russia and NATO closer to agreement on this issue. Other experts referred to the position of the United States. Washington is the largest sponsor of the North Atlantic Alliance (75% of unit costs are paid by the United States). As they say, so NATO members will behave. It is necessary to seek a solution to the problem not at the level of Moscow-Brussels, but at the level of Moscow-Washington.

But let's not talk about sad things. “If we give some general assessment of our joint activities,” noted Sergey Shoigu at his final press conference, “the participants of the meeting of the Council were unanimous in the opinion that cooperation between Russia and NATO recently, even if there are acute, unresolved problems so far , have made significant progress, but the interaction horizons must be expanded. "

By the way, at the end of his speech at the NATO-Russia Council, Sergei Shoigu presented the Alliance Secretary-General Anders Fogh Rasmussen with a small gift - a soldier's helmet painted for Khokhloma, a bowler hat and a flask. He said: “Do not think that there is some militaristic meaning hidden there. Not at all. It’s just a souvenir - a kind of protection from the blows of fate. Each participant of the current meeting of the Russia-NATO Council will receive the same souvenir through military attaches accredited in Moscow .

Perhaps the Russian soldiers' helmets, worn on the heads of the alliance’s defense ministers, will help them understand us better.

Ctrl Enter
Noticed oshЫbku Highlight text and press. Ctrl + Enter
We are
Siberia - New Central Russia, or How the South of Western Siberia Will Become the Center of New IndustrializationHow can Russia survive and win in the 21st century?
40 comments
Information
Dear reader, to leave comments on the publication, you must to register.