October 31 2013
38
High-quality photograph of the Su-30CM multi-role fighter with the tail number "57 Black", located in the 4-th State Center for Aviation Personnel Training and Military Tests of the Russian Air Force in Lipetsk.


This aircraft is the sixth Su-30SM built by Irkutsk aviation the plant of the Corporation Irkut Corporation under a contract in March 2012 for the supply of 30 vehicles to the Ministry of Defense of Russia, and the fourth delivered to the Russian Air Force in 2013. The 57 plane made its first flight in Irkutsk on August 19, 2013 and after leaving the Air Force flew from Irkutsk in Lipetsk on September 25.

Of the six Su-30CM aircraft that have been delivered so far, three vehicles with onboard numbers "01", "02" (both of the year 2012) and "54" are in the 929 State Flight Test Center (GLITS) of the Russian Defense Ministry in Akhtubinsk , and others - with onboard numbers "55", "56" and "57" - at the 4-th State Center for Aviation Personnel Training and Military Tests of the Russian Air Force in Lipetsk. At the Irkutsk aircraft factory, there are currently six more ready-made Su-30CM fighters. 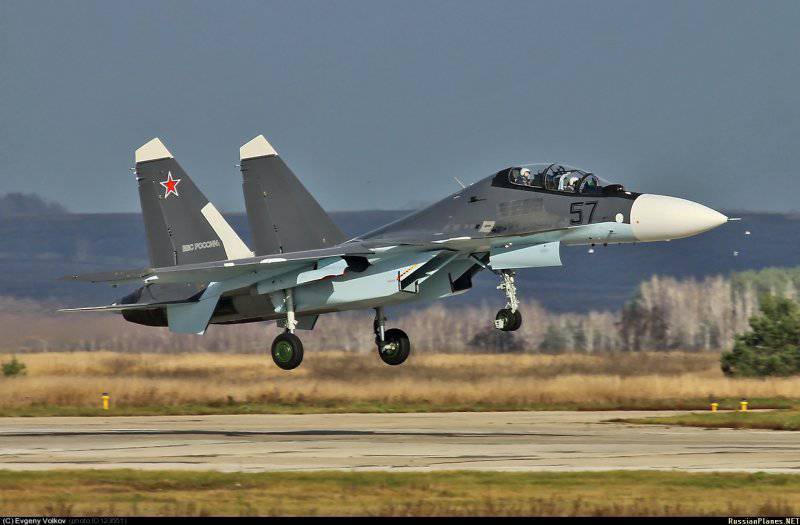 Ctrl Enter
Noticed oshЫbku Highlight text and press. Ctrl + Enter
We are
Su-30M arrived in Kazakhstan!New photos of the Chinese fighter Chengdu J-20
38 comments
Information
Dear reader, to leave comments on the publication, you must to register.