Finland and Sweden have become enemies of NATO 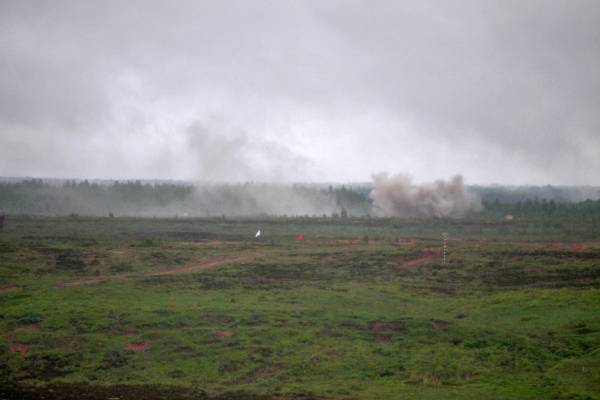 The large-scale exercises of the North Atlantic Alliance Steadfast Jazz will be held on November 2-6. About six thousand troops from 20 NATO member states will take part in them. In the maneuvers involve ground, naval and air forces, as well as special forces.


According to legend, the alleged enemy will be located on the territory of Sweden and Finland, which are indicated on the exercise map by the fictitious names of countries: Otso, Botnia, Framland and Torrike. Russia and Belarus are not indicated in the script. However, as noted by Finnish experts, the exercises are supposed to have captured the territory of Finland and Sweden and now pose a threat to the Baltic states and Poland.

A commentary published in the Finnish newspaper Helsingin Sanomat suggests that NATO was afraid to irritate Russia, marking it as a virtual enemy in exercises. “The Alliance did not want to publicly state that Russia is actually an imaginary enemy. Finland and Sweden are designated as NATO’s“ aggressors ”only because the Steadfast Jazz exercise will work out an action plan for an alliance that faces a threat coming from the Baltic Gulf. In any case, the echoes of the Cold War have already re-sounded in Europe, "the newspaper comments.

Finnish confidence that NATO does not view their country as a likely adversary, confirmed Finnish Prime Minister Jyrki Katainen. He said that “traditionally, NATO knows and appreciates the experience and skills of Finland in defense. Suomi also conducts exercises on the territory of NATO member countries and participates in joint crisis management operations. It would be strange if their opinion of Finland’s capabilities in this the sphere has changed. "

However, so far no one can clearly explain the absurdity of the official version of the NATO scenario of exercises, according to which the threat to the security of the Baltic States and Poland is Finland and Sweden, whose armed forces are focused on ensuring self-defense, and not on military aggression.

“The designation of a probable adversary in the exercise is a problem for both sides: for Russia and NATO,” Dmitry Danilov, head of the European Security Department at the Institute of Europe, RAS, told RG. He noted that the North Atlantic Alliance had never marked our country as a likely opponent in the exercise. Moreover, at the summit in Lisbon, NATO and Russia declared that they did not pose a threat to each other.

“I don’t think that the alliance seeks to push Finland and Sweden into NATO membership, designating them as a fictitious opponent. On the contrary, within this organization there is an understanding that the situation should not be heated. NATO is satisfied that the Finns and Swedes are not seeking to formal membership, they actively cooperate with the alliance not only within the framework of exercises, but also in peacekeeping activities, "said Danilov.

According to him, there is a loud concern from the northern and Baltic states about the increasing, in their opinion, military activity of Russia in the region, provoking retaliatory measures. Russia, for its part, does not understand why, for example, it is necessary to patrol the airspace of the Baltic states with NATO combat aircraft. "All this testifies to the apparent lack of mutual trust and how dangerous the military activity of two powerful military machines existing in Europe under these conditions can be, in the military planning of which elements of mutual deterrence still inevitably remain," Danilov concluded.

“There are two unofficial interpretations of the Steadfast Jazz exercise scenario. First: NATO is working through a situation in which Russia attacks or is preparing an attack on two neutral in the military sense countries: Finland and Sweden. It is assumed that the alliance in this case will provide them with military and other assistance. The second: NATO itself intends, using the territories of Finland and Sweden, to attack Russia. At the same time, oddly enough, NATO strategists did not think of working out a variant, in which, for example, one of the Western countries renounces its membership in the alliance and changes its military-political status.

The defense ministers of NATO and the Nordic countries claim that the NATO exercises will work out the military protection of the member countries of the alliance. But I want to ask, when did the alliance have to defend its territory? Never and never. NATO is an aggressive military bloc that conducts military operations outside its borders. So this time, the exercises involve active actions of the alliance on the territory of Finland and Sweden, which are not members of NATO.