October 31 2013
8
The Indian Ministry of Defense 21 October finally informed AgustaWestland of its intention to terminate the contract for the supply of X-NUMX AW-12 helicopters to the Indian government on the basis of the committed offenses and suspicions of corruption. The total amount of the contract is estimated at 101 million euros. The contract, in addition to the helicopters themselves, assumed a five-year comprehensive service and logistics, as well as the training of pilots and technical staff.


The Anglo-Italian helicopter manufacturer Finmeccanica’s subsidiary, Indian authorities, gave 21 a day to respond to a notification that was approved by the Indian Ministry of Justice and the Attorney General’s Office.

Indian authorities accuse AgustaWestland of violating an agreement on honest behavior, which is signed by all suppliers of equipment that execute orders of the Ministry of Defense.

One of the conditions of the agreement between the parties was the absence of participation of any intermediaries or agents in the conduct of the transaction. In case of violation of this clause, the contract may be terminated at any stage, even after its execution.

According to Indian officials, it also gives the Indian Ministry of Defense the right to receive compensation from the supplier, in addition to its costs of participation in the tender.

12 February, immediately after the arrests in Italy of two leaders of Finmeccanica and AgustaWestland respectively, the Indian Ministry of Defense decided to suspend the execution of the contract from 2010.

The then head of AgustaWestland, Bruno Spagnolini, and Giuseppe Orsi (executive director of Finmeccanica) were detained in connection with allegations that some people still acted as intermediaries and distributed to Indian officials bribes worth about $ 51 million dollars to get this contract.

The central bureau of investigations in India took over the business, and on March 14, the former Indian Air Force Chief CP Tyagi, as well as 11 others, three of whom are his relatives, were charged with fraud, corruption and collusion.

Tyagi, like the rest of the detainees, does not recognize his guilt and denies involvement in the crimes surrounding the contract for the supply of rotary-winged cars.

However, at the moment in Italy there is already a trial of the leaders of AgustaWestland and Finmeccanica, while the CBR is bringing order to India. 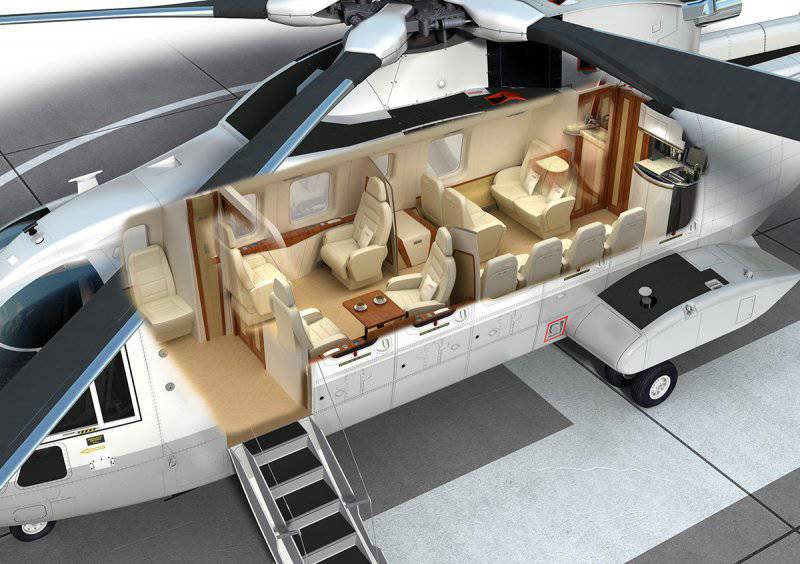 More recently, one of the alleged intermediaries was detained in Switzerland. It turned out to be an American of Swiss origin, Guido Hashke, at the moment he is awaiting extradition to Italy. According to the investigation, Giuseppe Orsi used the services of European mediators Carlo Geros, Christian Michel and Guido Hashka to bribe Indian officials.

Meanwhile, on October 4, AgustaWestland received a formal notification to the Indian Ministry of Defense of its intention to cancel the contract, despite the fact that three helicopters had already been transferred to the Indian side in December 2012, as well as the cancellation of all further payments on the grounds that the supplier had violated a bilateral agreement .

According to reports, the Indian side paid approximately 30% of the total value of the contract, mainly as an advance. Two regular payments, for March and June 2013, were not made.

There is also a ban on further activities of AgustaWestland and even Finmeccanica in India.

Regardless of the result, it will be far from easy to resolve these issues and it may take years. According to Emit Koushish, the former financial director of the Indian Ministry of Defense, it is unlikely that a result will be seen whereby both parties will be satisfied.

Meanwhile, on October 24, representatives of the Sikorsky company said they would be ready to supply their helicopters to the Indian Air Force.

The company also participated in this tender by offering its S92 Super Hawk model, but after testing, the Indians preferred the AW101 model. The American company then expressed surprise at the choice of the Italian car. According to Sikorsky Aircraft, its helicopter showed the best performance.

“If the Ministry of Defense turns to us, we will be more than ready to provide solutions. Moreover, cabins and other parts of the S92 are currently manufactured in India, ”said Vice Marshal on October 24. aviation Retired Arvind Valia - Head of Sikorsky’s South Asian Division.

Ctrl Enter
Noticed oshЫbku Highlight text and press. Ctrl + Enter
We are
The 20 rating of the largest arms deals, decisions on which were made in 2012
8 comments
Information
Dear reader, to leave comments on the publication, you must to register.