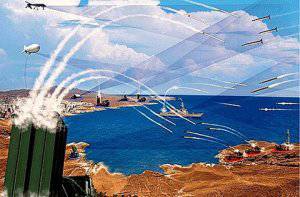 Israel’s missile defense will “choke” when repelling missile strikes and collapse at a crucial moment. The reasons for such a “final” were named by an Israeli expert in the field of ABM systems, Dr. Nathan Faber.


Dr. Nathan Faber, a well-known specialist in missile defense systems (ABM), believes that the Israeli missile defense system will not withstand rocket attacks in the 20-30 day war. This is stated in a critical article, which was published in Magen LaOref magazine, reports PostSkriptum. Below are the main provisions of the article and very unpleasant conclusions for Israel. (set) 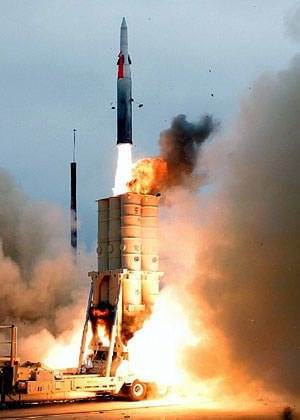 The opinion of the expert is based on the words of Ehud Barak. Earlier, the former Minister of Defense said that on a “typical” day of the war, the duration of 20-30 days in Israel would explode on 50 tons of explosives. Approximately this amount of explosives (53 t) can carry 20 ballistic missiles (BR) with 800 kg warheads, 30 BR - 500 kg and 1200 Grad shells - 18 kg. On the question of Israel’s readiness for such a scenario, Faber gives a negative answer, since “everyone knows that Israel will use up its supply of interceptor missiles in the first days of the war”.

The existing Arrow-2 missile defense system is capable of intercepting, in the main, Syrian Scud-type missiles (B, C, D) with a range of 300-700 km. They may be shot down over the territory of Israel and the West Bank at an altitude of 30-100 km. The Arrow-3 system being developed will be capable of intercepting Iranian Shihab missiles (1300 km range) at 250-300 km altitude hundreds of kilometers (over Jordan) from the Israeli border. In the future, Arrow-3 will have to intercept Segil missiles with a range of up to 2 thousand km. 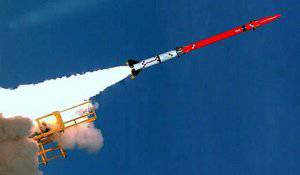 Grad-type rocket artillery shells (up to 40 km) and Iranian Fajr missiles (up to 70 km) will be intercepted by the Iron Dome missile defense system at 2-3 km heights directly above the object to be covered. But, despite the statements of the manufacturer (Rafale concern), the technical capabilities of the system will not ensure the protection of the areas adjacent to Gaza. A temporary alternative to the Iron Dome, according to Faber, may be the American ship defense system against the Phalanx CIWS anti-ship missiles. 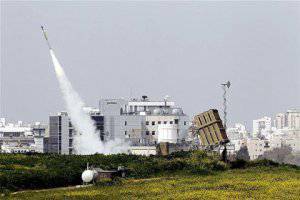 Faber considered that in the next war Israel would be threatened: around 800 Iranian ballistic missiles, around 400 Syrian Scuds (part used in civil war), 500-1000 tactical missiles Fateh and Hezbollah and more 100 thousands of rocket artillery shells of Syria, Hezbollah and Hamas. But only a third of these missiles will reach targets in Israel, and the rest will be intercepted by the Israeli Air Force and will not be used for technical reasons, Faber said.

The cost of the Iron Dome interceptors can be 6 billion dollars at a price of 100 thousand dollars for one rocket and a required quantity of at least 30 thousand units. And this is without taking into account the cost of deploying additional batteries for "several hundred thousand dollars each". At the same time, Faber argues that the probability of interception of this system is 66% versus 85% according to the statements of the developers and the military. To justify the latter, that 66% is better than zero, the expert reasonably states that “it’s not the Iron Dome that saves people’s lives, but the bomb shelters they hide in during a rocket attack.” 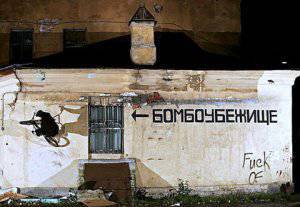 But this “everything does not end,” writes Faber. In his opinion, ballistic missiles and rockets are made today at an “accelerated pace”. And in the event of a war, “not today, but in a few years, we will encounter an arsenal in 2-3 times the current one.” From all this, Faber drew financial and operational conclusions.

The first, financial, talks about the need for Israel to have interceptors, the cost of which could be 10 billion dollars. An Israeli expert has no doubt that with the current confrontation, the state will use all the means of protection at its disposal. But the post-war process of rebuilding stocks can last several years and will cost at least 10 billion dollars. Faber asks: “Can anyone believe in the reasonableness of an event of this scale?” And he himself responds - “No one can believe. It's about nonsense. ”

The second, operational, says that today Israel is not protected from ballistic missiles and "the effectiveness of such protection in the future is questionable." Faber confirms this conclusion by the fact that in combat conditions the systems for intercepting ballistic missiles have not been tested and its effectiveness has not yet been evaluated. He considers building a missile defense system based on the fight against the Scud, Shihab and Sedgil missiles to be another negative factor. But today the number of more advanced missiles is constantly growing, which reduces the overall effectiveness of the current Israeli missile defense system. In addition, all known missile tests were conducted under conditions - an interceptor against a single attacking missile. Therefore, today no one can evaluate the possible result and possible behavior of various missile defense systems with the mass use of various types of missiles. And the system “David's sling” has not yet been tested and its operational capabilities are unknown.