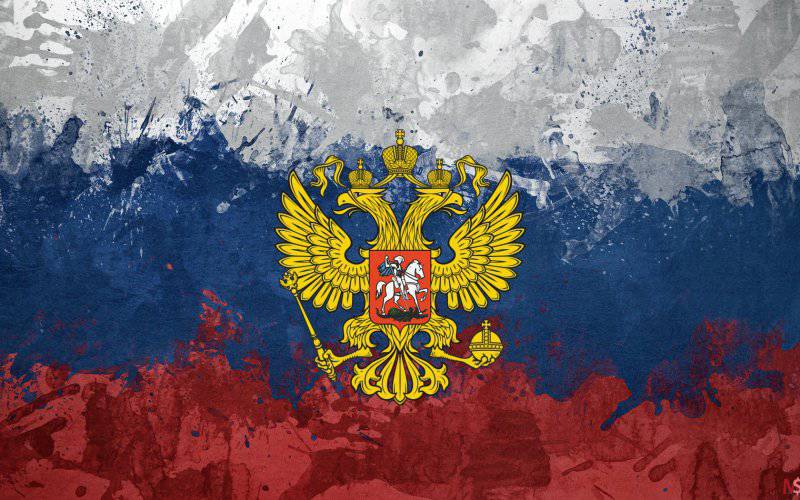 From 21 to 26 in October, the Supreme Mufti of Syria, Dr. Ahmad Badr al-Din Hassoun, was on an official visit to Russia - a man who knows everything about the situation in the Middle East without exaggeration. In his intentions was to convey to Russia a warning about impending disaster. He rode with real proposals to prevent the terrorist threat looming over Russia.


That deathly silence, with which he was met by bureaucratic Russia, is truly frightening. That number of closed doors, before which one had to stop, brings unequivocal reflections on the true alignment of forces in the highest echelons of power. What is a state in which the statements of the President are not considered as determining the state policy? Who orders policy in Russia: Saudi Arabia, Qatar, Israel? And what will we face when thousands of mercenaries who are now fighting in Syria rush into our sacred territories to exercise their godless jihad? Questions, questions ...

The mufti of Syria does not intend to surrender.

On the last day of Dr. Hassoun’s stay in Russia, I was able to interview him. Frankly, I am still impressed by this meeting. Undoubtedly, this is a very strong-minded person and a person with a big suffering heart. What he said, answering my questions, you will now read in the material of the interview, but of course I will not convey the main thing. All the time of our communication, Dr. Hassun was energetic, even, one might say, cheerful, often bestowing his wonderful, wide smile. But the interview ended, it was time to say goodbye ... And it was here that for the first time I only saw his real face, not covered by “diplomatic mimicry”. God, what a Cross this faithful Muslim bears on his shoulders! Dr. Hassun looked at me for a long time, and his eyes intimately said: "But you do share my pain ... thank you, dearie." Then I answered him, too, without words: "With all my heart, amen, amen, amen" ...

“You know, I would really like my granddaughter Mary to be like you! - fun and somehow already quite in a way, finally, said Dr. Hassun. “You only promise me that you will pray.” And I answered: "I promise!"

- In June of this year, in an interview with Interfax Religion, you called for preventing a destabilization of the situation in Russia in connection with the events in Syria. To date, your statement from this interview was the most quoted in the Internet space: “If Syria falls, then Russia will fall.” What has changed since your last stay in Russia?

- I have been talking about this threat for a very long time. Unfortunately, the last tragic events in Russia only confirm my words. The murder of Yegor Shcherbakov in Biryulyovo, the scandals that followed him, aggressive protests under nationalist and anti-emigrant slogans. The recent terrorist attack in Volgograd. All this is painfully familiar to me, since it has a direct connection with the events in Syria.

The number of militants who came to Syria from Russia and the countries of the former USSR is very large. Those who send them to Syria, thus creating a danger for Russia, because it is obvious that the terrorists who arrived in Syria from Chechnya, Tajikistan, Kyrgyzstan, will return to their homeland in the near future, since their task is to destroy Christians and everyone who does not support the policy of the West, not only in Syria, in the Middle East, but also in Russia.

Today, the policy of V.Putin prevents the creation by extremists of religious states, which is not acceptable to them. We know that Turkey is sending militants to Russia, Saudi Arabia pays for the transfer of troops. The United States is developing a strategy and is the main instigator of terror. I have repeatedly reported that Turkey has established centers for the collection, concealment and training, financing, arming and smuggling of armed terrorist groups, including Al Qaeda. However, if the union of Muslim scholars wanted peace in Syria, he would have accomplished this long ago, but the union, on the contrary, calls people from all over the world to jihad in Syria and raise funds for them weapon.

We have information that new campaigns are already being prepared in connection with strikes against Russian embassies all over the world. They want to cause fear among the Russian people, they want to eliminate the Russian presence in the Middle East, and especially to prevent the cooperation of Russia with Syria and Lebanon.

- What is the position of Christians in Syria?

- Christians are suffering in Syria, asking for protection. Most recently, before my trip to Russia, Christians from Maalyuli turned to me for help. I told them that it’s not Muslims who are killing your children, not Muslims are ruining your shrines and houses, this is the work of international terrorists and vandals who have nothing to do with Muslims. In Syria, they kill ten times more Muslims than Christians. In a short time I hope to visit this long-suffering city with the oldest Christian monastery in the world, St. Thekla. I will try to do my best to help the victims. You see, it’s not at all surprising for Syria that Christians turn to Muslims for help. We are one family and together we suffer from the unprecedented invasion of militants in Syria.

I am convinced that all spiritual leaders should unite today in order to oppose world terrorism. I call on all muftis of the world, all patriarchs, the Pope to cooperate on this global issue. The time has come when spiritual leaders need to go out to the people with an open sermon.

Today, the Syrian government opposes the division of the region precisely on interfaith soil. Everything possible must be done to prevent this separation from happening. In the international arena, there are more and more calls for the creation of states not on secular, but on religious grounds. All this is done to justify the existence of Israel on the world map. The cause of the chaos that absorbs the world is the confusion of politics with faith. It is necessary to strictly separate the roles of the state and religion. The spiritual leader should not be the head of any narrow political group - he should appeal to all people, to the whole world with the preaching of Love.

Today it is important to understand the global threat of the Third World War, which can flare up on the artificially heated soil of religious contradictions. But on behalf of my people, I declare that Syria will not kneel, will not submit to the dictates of the American and Zionist projects that want to destroy our countries. The world will soon see the birth of a new Syria!

- We have information that the abducted metropolitans are alive and are in Turkey. One call to the head of the Turkish security is enough, and they will be free. However, only the United States, which, naturally, is not interested in influencing the decision of the Turkish special services can influence the decision. Chechen fighters and related Turkish special services stand behind the abduction of priests.

The reason for the abduction of the hierarchs, above all, is Turkey’s claim to transfer the Antiochian throne from Syria to Turkey, to the former Antioch. An attempt to put pressure on the Patriarch of Antioch and the whole East in this way was made three years ago, when Turkish Prime Minister Recep Erdogan first demanded that the throne be transferred and that the role of the ecumenical patriarchate should be strengthened. He told the Christians of Antioch that if the transfer of the throne took place, he would return to them the lands that they belonged to during the Ottoman Empire. Thus, Turkey is attempting to increase its influence in the Middle East in order to join the EU.

Turkey stubbornly pursues the goal of ousting Christians from the Middle East in order to create a single Muslim state. Today there is already information that France is ready to accept Christians from Lebanon, etc. According to their plan, the place of Christians in the region should be taken by pro-American, pro-Western Protestants.

When John X and the Syro-Yakovite (Syrian) Orthodox Church refused such a proposal to transfer the throne, then the Turkish secret services and kidnapped two metropolitans, blackmail began.

- Here, it turns out, what's the matter! The Russian press did not write about this situation ... Patriarch Kirill made attempts to resolve this issue, he sent letters, including B. Obama, but the case did not move.

- We know the attempts of Patriarch Kirill to free the hostages, but in this situation, I repeat, the question can be solved only by America.

I was ready to go to the UN to speak on this subject from the international tribune, but they did not allow me. America did not give the opportunity to come without issuing a visa.

- As far as I know, a similar situation has now occurred in Russia: at celebrations related to the 225 anniversary from the day of the creation of TsDUM, which took place in Ufa and where you were invited as an honorary guest, but you did not manage to speak at the international scientific -practical conference. And that's not it! Upon arrival in the capital, you were also ready to talk about the international situation related to the latest events in Syria, at the Globalista-2013 Congress, which was held at that time in Moscow (Chairman of the Organizing Committee - Rector of Lomonosov Moscow State University V.A.Sadovnichy). The administration said that there would be Americans in the hall who would be displeased by the presence of the supreme mufti of Syria.

- For me, such circumstances in Russia were very revealing. The Americans, representatives of Saudi Arabia, Turkey are in Russia customers of various forums, congresses - they dictate their will. How can Russia make such compromises? All this is contrary to the policies of Vladimir Putin, in particular, on the Syrian issue. No matter how sad it is, the pressure of the American regime in Russia is considerable. Many politicians and religious figures in Russia are not free in their actions and statements.

A year and a half ago, the conference “Loyal Islam” was held in Russia, organized by Kuwait. The host of the Council of Muftis of Russia, Ravil Gainutdin, made a statement. Scientists from Saudi Arabia, Turkey, Libya, Tunisia and Sudan were invited to the event. I was not given an opportunity to participate in the conference. And this is called democracy?

Regarding my current visit, the head of the Council of Muftis of Russia, Ravil Gainutdin, was also notified in advance. However, the meeting did not take place. What can be drawn from all this? Whose interests are these people protecting? I confess that this double game makes me very worried.

Meanwhile, I am still open to negotiation. In particular, to meet with His Holiness Patriarch Kirill of Moscow and All Russia. It is possible to arrive in Moscow with the Patriarch of Antioch, John X, to jointly discuss issues of interfaith harmony and preserve interfaith balance in the Middle East region, which are directly related to the presence of Christians in the Middle East and the security of Russia as a whole.

- What, in your opinion, today should be decisive in the policy of Russia?

- First of all, it is necessary to preserve interfaith harmony in Russia. We can not allow the West to "blow up" Russia by the hands of extremists.

I came to warn Russia. Russia must give way, mobilize all its forces, otherwise it will be too late. Russia at gunpoint!

Ctrl Enter
Noticed oshЫbku Highlight text and press. Ctrl + Enter
We are
Jihad 4.0Syria - closeup
40 comments
Information
Dear reader, to leave comments on the publication, you must to register.