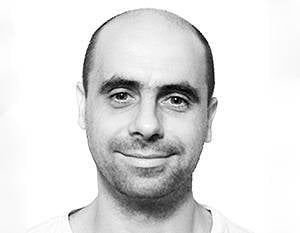 Russia has too often shown natural generosity in past centuries. The reward was an endless stream of accusations and claims from those whom Moscow had recently generously endowed.


It was incomprehensible to me all the time: why Russian government funds (the Gorchakov Fund, the Russkiy Mir Foundation) distribute grants to Ukrainian politicians who cynically and squeamishly respond to “Moscow boyars” who want to extort money from them without actually giving anything in return.

No country has distributed to its neighbors as many territories as Russia has done. And what do we see?

Western Ukraine, which today lives off subsidies from the eastern regions, donated by generous hands of Lenin and Khrushchev, demonstrates a boorish attitude to everything Russian.

Do the Kyiv residents remember that Russia gave them 40% of the country's territory, which was won back by the blood of Catherine II soldiers from the Turks and the Crimean Tatars? No, they consider Russia a “prison of nations” and the Tatars are friends.

Lithuania was presented with Memel (Klaipeda) and the Vilna region, is she grateful? Also no.

Are the Georgian people corny rescued from extermination by the Turks and Persians? A few years ago, the Russian peacekeepers in South Ossetia ironed with a smile.

In 1815, Alexander I achieved the preservation of Polish statehood and adopted the Principality of Warsaw under the protectorate of Russia, granted the Poles the Constitution, their own government and army. Austria and Prussia were against. And who was right?

Already in 1830, the Poles fully thanked Russia for the bounty of their souls, massacring sleeping Russian soldiers and officers in Warsaw. With the filing of Jozef Pilsudski, it was Germany and Austria-Hungary — whose rulers urged Alexander I to liquidate Polish statehood — that became Poland’s best friends.

In 1878, Russian troops defeated the Ottoman Empire, saving the Bulgarians from extermination. At the Berlin Congress, Germany and Austria-Hungary unitedly opposed the independence of Bulgaria and, as a result, reduced its territory as much as possible, which had been established earlier by Alexander II’s generous hand. They did not approve of the fact that the “prison of nations” Russia gave the Bulgarians constitutional rule and a parliamentary system.

Did the Bulgarians appreciate the efforts of Russia and the ingratitude of the Western countries? Already in the 1886 year, “bros” staged a real anti-Russian hysteria, during which Russian diplomats were beaten, Russian flags were burned in public, forced Tsar Alexander III to withdraw embassy staff for security purposes. Sophia proclaimed Russia, which did not shed blood, as its allies, and Austria-Hungary and Germany.

Do you know the reason? As in the situation with Poland, Georgia, Lithuania, Ukraine - Russia did not allow local elites to steal. The main Russian adviser, General Sobolev, demanded saving taxpayers' money, and a Russian protege, Bulgarian Finance Minister Petko Karavelov was the only Bulgarian official who did not steal a single penny and did not give to others.

But Europe has turned a blind eye to the fact that an anti-Russian Bulgaria has been established under an authoritarian regime, the opposition has been put into prison, and embezzlement has flourished. Western moralists have always remained principled only in those issues where it was not about money!

Russia has too often shown natural generosity in past centuries. The reward was an endless stream of accusations and claims from those whom Moscow had recently generously endowed.

That is why it is time to become more pragmatic, and sometimes, maybe, even (I am not afraid of this word) cynical in their strategic calculations!

According to the forecasts of the Asian Bank, in 2050, 51% of world production will be concentrated in East and South Asia. The economies of China and India, as rightly noted by Sergei Glazyev, turned out to be the most stable under the conditions of the crisis. Therefore, the vector of Russia's economic development should be directed to this dynamically developing region - away from the decrepit, narcissistic Europe.

Young Asian tigers are not interested in poor. And Russia will be accepted here as an equal partner if it continues to show growth. For the latter, new financial investments are needed.

Making the most of prices for a greedy Europe for hydrocarbons and other products, extorting new technologies and developments by hook or by crook from the EU, Moscow is making its way into the Asian future.

Situationally this requires an alliance with Berlin. After all, the voice of Germany is decisive in the EU. It is not about making friends with the Germans, as in the days of the GDR.

Friends in the modern world do not exist. The future of Germany is also uninteresting - that is their business. Just now Berlin must be used for its own good. Just as they had recently used us during Yeltsin’s time to raise the standard of living of their burghers.

Equally pragmatic should be the decision to include Turkey or Iran in the Customs Union or not. We must discard all sorts of ideologies and historical past.

It is important that, from an economic point of view, the eternal opponents of Russia in the wars of the 18th-19th centuries are more profitable acquisitions than the poor “brothers” and “sisters” - Ukraine and Moldova.

According to all forecasts, Ankara and Tehran will continue to develop dynamically, entering into the twenty of the largest economies in the world. Obviously, their financial resources are much more useful to Moscow for moving to the East than the groans of Kiev and Chisinau.

Ctrl Enter
Noticed oshЫbku Highlight text and press. Ctrl + Enter
We are
About Stalin and KhrushchevWhat you didn't want to know about England
34 comments
Information
Dear reader, to leave comments on the publication, you must to register.