Officer over term. The military personnel will increase the service age 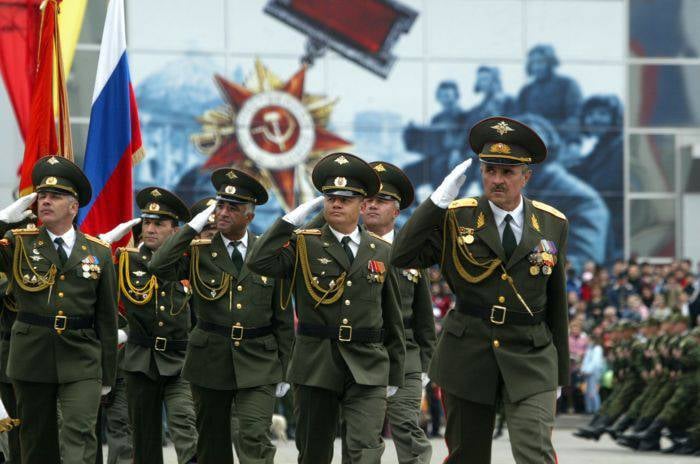 The government commission on legislative activity approved the proposal of the Ministry of Defense to increase the age limit on military service.


Recall that the entire military personnel want to extend the maximum period of being in the ranks for five years. To raise the service age bracket, the 49 and 53 articles of the federal law “On Military Duty and Military Service” need to be adjusted. At the same time, the end of the man’s army biography will continue to be firmly linked not only with his years, but also with his military rank.

The highest officers will be in the highest priority position. For example, now generals and admirals, depending on the number of stars they have on shoulder straps, can serve up to 55 or 60 years. Exactly five years less than the maximum permissible age of service for colonels and captains of the 1st rank. According to the new scheme, everything will look like this: marshals, army generals, admirals fleet, Colonel-Generals and three-star admirals, who have already chosen all the years and terms, will be allowed to enter into a service contract of up to 70 years, and officers in another rank - up to 65 years of age.

The logic in this innovation, in general, is. Dismissing a 55-year-old divisional commander is only on the grounds that for many years it is at least unwise. Even more unreasonable is the "dispersement" of an 50-year-old doctor of science, a professor from the military academy. In principle, the president and the minister of defense can postpone the day the person leaves the epaulets for some time. But the Russian army is considerable - a million people, and more than one hundred candidates are recruited every year. If for the extension of the service of each general to turn to the president, the head of state will be forced to sign military-personnel decrees almost every day. Another thing is when the same division commander removes epaulets at sixty-five. In such years, it is difficult even for a strong peasant to wander around the grounds and teachings. And many troop colonels and ship kaperangs, which you rarely find in the study, will probably be relieved to leave in 50 years. When there is a long and heavy service behind our shoulders, and before the pension all army benefits are recruited, it’s time to think about rest.

Incidentally, the new age practice does not cancel the right of an officer to retire after 20 years of service. But its extension, according to the Ministry of Defense, must necessarily be accompanied by a certification recommendation. To add what is called an automatic five-year plan will not be anyone. You serve in good faith, you have good professional skills and the prospect of career growth, you have maintained good health, which means you can remain in the ranks for some time. You do not meet these requirements - take off your shoulder straps.

Ctrl Enter
Noticed oshЫbku Highlight text and press. Ctrl + Enter
We are
Crusade upgrades: the West intends to extend the life of their military equipmentRembat-2016. Great finish and future prospects
80 comments
Information
Dear reader, to leave comments on the publication, you must to register.