At the service - once a month. Reservists will be called up for training 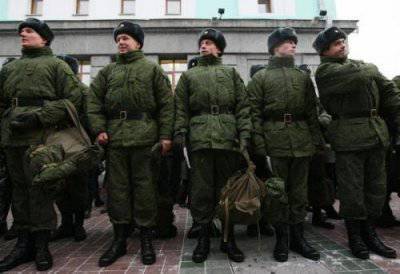 The Government of the Russian Federation has adopted a decree №964, which determines the frequency of calling "guerrillas" for training fees. In the document, they are referred to as training sessions necessary to maintain the appropriate army skills with reservists.


The commentary posted on the cabinet’s website says: “At present, normative legal acts do not allow reservists to participate in training sessions on combat training plans of units (military units) in order to prepare them for practical actions as part of regular military units. positions for which reservists are intended for military service in wartime.

Changes approved by the decree will allow to call on reservists for monthly training sessions to maintain the required level of their individual skills. "

Let us clarify that this is not about all citizens in the reserve, but only about people who voluntarily joined the professional mobilization reserve. The law on its creation entered into force 1 January this year. It contains general rules for the formation of a second front for the Russian army and other law enforcement agencies. And everything related to the details of this process is listed in the mobilization plan of the General Staff.

Many sections of the document, for example, where it is said about the total number of reservists, are classified. But all that concerns the voluntary entry of the "guerrillas" into the reserve reserve personnel, the commanders do not hide from the public eye. Before you sign a contract with the Ministry of Defense, people need to know what extra military service they are offered periodically in the army, and how it will be assessed in rubles. The same applies to the conditions for the combination of military and civilian duties by the reservist, other nuances of his peaceful and at the same time "partisan" life.

In terms of the General Staff, there are answers to all these questions, and the military have already shared some open information with future soldiers of the second front. For example, it is known that each volunteer-reservist will be used in the army for his military occupational specialty and systematically summoned for training and military training. During the entire stay in the reserve, the person will be paid a monthly salary, a district coefficient, a percentage extra charge for the length of time in the reserve. In addition, when concluding a new contract, the regular "partisan" is entitled to a lump sum cash payment.

Before introducing a new mobilization system throughout the army, the generals decided in two stages to “roll in” it in the motorized rifle brigades of the Ground Forces. There was information that at the first stage - in 2013 - the number of reservists in the Armed Forces would bring thousands to 5. And on the second, from January 2015, a “partisan” army will be increased to 8600 people. In other words, the General Staff hopes that by the New Year holidays, the Armed Forces will have at least one brigade of professional reservists on hand. And a year later - two such compounds.

Generals will be able to use full-time "partisans" not only during war and training exercises, but also in the course of eliminating natural disasters.

Ctrl Enter
Noticed oshЫbku Highlight text and press. Ctrl + Enter
We are
June 29 - Day of the partisans and underground fighters
53 comments
Information
Dear reader, to leave comments on the publication, you must to register.