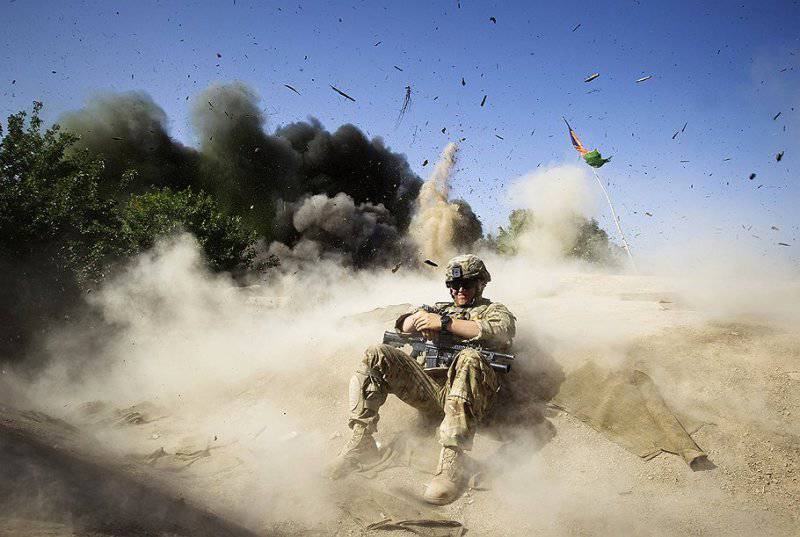 After the withdrawal of its troops from Afghanistan in 2014, the United States risks losing control not only of the situation in the country, but also of dozens of facilities built with American money. The amount of US investment in the Afghan economy since 2002, amounted to $ 86 billion, $ 10,7 billion to spend next year. By that time, the main forces of the international coalition will have left the country, and the remaining "limited contingent" will be able to control no more than a quarter of Afghan territory. The US authorities are sounding the alarm, fearing that they will lose access to the facilities that they themselves have created and financed.


The withdrawal from Afghanistan of the international security assistance forces is fraught for the United States with a loss of control over strategically important facilities that have been funded by Washington since 2002. Such a conclusion is contained in a letter to the Office of the Sector for the Reconstruction of Afghanistan (SIGAR) John Sopko to US Secretary of Defense Chuck Hagel, as well as to the heads of the State Department and the United States Agency for International Development (USAID) John Kerry and Rajiv Shah.

Over the 12 years after the start of the military operation in Afghanistan, the United States will invest about $ 97 billion in the country's economy. This is primarily about projects in the fields of energy, transport and agriculture. Their sponsors are USAID, as well as US engineering troops.

After the US contingent leaves Afghanistan in 2014, the implementation of all these projects will be under threat. Washington is afraid that they will not be able to control the work of the facilities built by the Americans - they will be outside the few areas where the US will maintain its military presence. In 2014, Americans will be able to control no more than 21% of the territory of Afghanistan (compared to the current 65%).

The Pentagon has already announced that they will be able to provide access only to objects located no farther than hourly availability from US military bases. Inspectors are prohibited from traveling for longer safety reasons. Thus, at least 15 projects worth more than $ 1 billion will be out of the access zone. For example, the US will not be able to control the installation of the turbine at the Kajaki HPP in the southern Helmand province and the construction of a highway in Khost province in eastern Afghanistan, as well as construction and operation of three expensive military facilities for the Afghan army.

However, even in such conditions, USAID does not intend to refuse to finance its projects and has already announced a new tender for $ 200 million. With this money, the agency intends to find contractors who will have to hire staff from among the Afghans. They will be assigned the task of controlling the "American objects" after the withdrawal of the main contingent. In USAID, they are now searching for new methods of observing enterprises built with US funds, including the most unconventional ones, for example, analyzing photographs obtained from satellites. 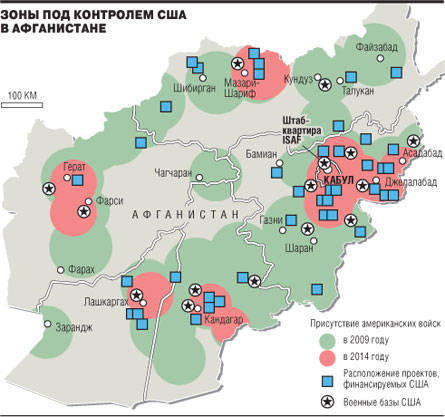 Anxiety SIGAR causes and the fate of American money allocated to Kabul. In a report to Congress, Special Assistant John Sopko said that far from the entire amount sent by Washington to recovery programs is being spent on purpose. According to the results of inspections this year alone, the inspectors questioned the cost of $ 2 billion.

The SIGAR and USAID cooperation with the terrorist groups operating in Afghanistan, the Taliban and Al Qaeda, is worrying. Inspectors have recorded 43 cases like this, expressing surprise that "the US government enters into contracts with those against whom it is fighting."

The inspectors also raised serious doubts about the projects in Afghanistan that the United States intends to finance next year. USAID has already requested $ 2014 billion from the 10,7 budget. With these funds, the agency intends, in particular, to supply military special forces to Afghanistan Aviation in the amount of $ 778 million. Inspectors are convinced that these funds will be wasted: the Afghans have neither the skills nor the technical support to use these aircraft effectively.

Ctrl Enter
Noticed oshЫbku Highlight text and press. Ctrl + Enter
We are
"CyberBerkut" got access to documentation relating to US activities in UkraineUS expert community is trying to identify ways out of the Afghan impasse
29 comments
Information
Dear reader, to leave comments on the publication, you must to register.