Navy of the Republic of Korea is considering adopting aircraft carriers 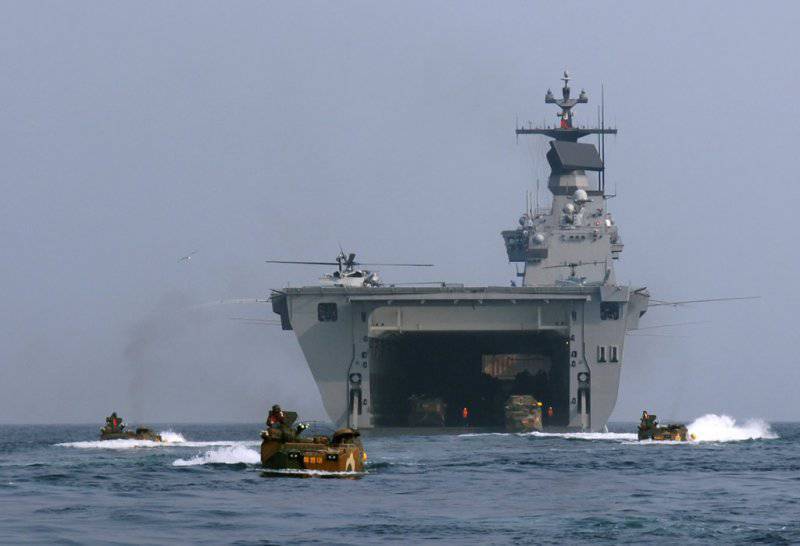 The Navy of the Republic of Korea is considering the possibility of adopting two light aircraft carriers to the 2036 year in the conditions of increasing the military power of the Chinese Navy and Japan, reports Defense News.


According to the source of the publication, currently the tactical and technical requirements for the ship have not been finally determined, however, the concept of the use of light aircraft carriers is being studied.

According to a member of the National Assembly Defense Committee Chiang Hee-soo (Chung Hee-soo), to resolve potential maritime disputes with neighboring countries, South Korea should adopt aircraft carriers as soon as possible. According to the parliamentarian, the Navy plans to implement the project in three phases.

Initially, a second Dokdo-class helicopter carrier should be put into service, which allows to receive aircraft with vertical take-off and landing. The ship can be delivered up to 2019 year and, if necessary, equipped with aircraft from the US, UK or Spain.

At the second stage, the Navy can build an amphibious assault helicopter carrier similar to the universal landing craft (UDC) "Juan Carlos I" (L-61) of the Spanish Navy.

At the final stage from 2028 to 2036. It is planned to build two 30000-ton light aircraft carriers with performance characteristics similar to the Italian aircraft carrier Cavour, which can receive up to 30 aircraft.

Earlier, under the program to enhance combat capabilities, the command of the naval forces of the Republic of Korea has already announced its intention to acquire by 2023 three additional squadrons with the Aegis system in order to strengthen the country's defense capability in the face of increasing the combat potential of the fleets of the Asian region, threats from the DPRK and increasing tensions because of territorial disputes.

After 2023, the Navy of the Republic of Kazakhstan intends to start the implementation of a project to build six next-generation 5900-ton destroyers of the next generation KDDX.

The development of a multipurpose submarine continues. The fleet plans to adopt six more Type-1800 214-ton diesel submarines, which will increase their total number by 2023 to 9 units. Next will be adopted 9 units. 3000-ton heavy KSS-III submarines equipped with vertical launchers for cruise missiles with a launch range of 1500 km.

Navy plans also include the FFX program to build new frigates with advanced reconnaissance equipment and a wide range of weapons. They will replace the Ulsan class frigates and Pohang class corvettes. FFX ships must be built in two tranches (by 12 units) with the aim of introducing the fleet to 2026 ships by the 24 year.

In addition, the priority programs also include the purchase of observation and reconnaissance aircraft. In particular, the possibility of buying a Viking S-3 jet aircraft decommissioned by the US Navy in January 2009 is being considered. Purchase of 18 units is assumed. S-3 and modifying them to the new version. In the case of a positive decision, the Viking will become the first jet patrol aircraft as part of the South Korean fleet. Currently, the Navy of Kazakhstan operates 16 turboprop P-3CK.

To increase the capabilities of anti-submarine warfare, it is planned to purchase additional 6 new helicopters for the 2022 year.

In January of this year, Agusta / Westland entered into a contract worth 560 million for the supply of six AW-159 Lynx Wildcat helicopters to the South Korean fleet, which will be equipped with active submersible GAS to combat submarines.

Ctrl Enter
Noticed oshЫbku Highlight text and press. Ctrl + Enter
We are
Developments in the field of small-sized UAVs with vertical takeoffAircraft carriers "Harry Truman", "Charles de Gaulle" and "Cavour" in the Gulf of Oman
14 comments
Information
Dear reader, to leave comments on the publication, you must to register.