October 30 2013
19
The cold war pushed the Soviet defense industry to the development of unique types of weapons, which even after 50 years can excite the man in the street. Anyone who was in the artillery museum in St. Petersburg was probably amazed at the size of the 2B1 “Oka” self-propelled mortar, which is one of the most interesting exhibits at the exhibition. This 420-mm self-propelled mortar, designed in the USSR in the middle of the 50-s of the last century, is the largest mortar in stories of humanity. Moreover, the concept of its use implied the use of nuclear ammunition. In total, an 4 prototype of this mortar was manufactured, it was never mass-produced. 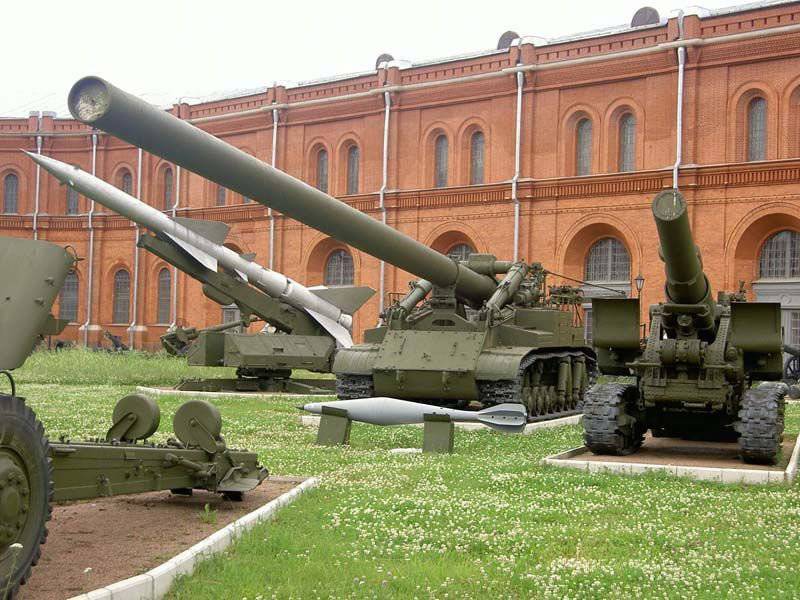 The chassis of the car, designed by the Design Bureau of the Kirov Plant, according to the classification of GBTU received the designation "Object 273". This chassis was maximally unified with SAU 2A3 and met the increased requirements for structural strength. This chassis used a power plant from the Soviet heavy tank T-10. The chassis of the Oka self-propelled mortar had 8 dual track rollers and 4 support rollers (on each side of the casing), the rear wheel was a guide wheel, and the front one was a drive wheel. The steering wheels of the chassis had a hydraulic system to lower them in a combat position to the ground. The chassis suspension was torsion beam with hydraulic shock absorbers, which were able to absorb a significant part of the recoil energy at the time of the shot from the mortar. However, this was not enough. The absence of recoil devices on the mortar also affected. For this reason, when fired, a 420-mm mortar drove back on tracks up to 5 meters.

During the trip, only the driver was driving the self-propelled mortar, while the rest of the crew (7 man) was transported separately on an armored personnel carrier or truck. In the front part of the body of the car, the MTO was located - the engine-transmission compartment in which the X-NUMX-cylinder liquid-cooled diesel engine В-12-12Б was installed, equipped with a turbocharging system and developing power in the 6 hp. Here was a mechanical planetary transmission, which was interlocked with a turning mechanism.

The 420-mm smooth-bore 2B2 mortar with a length of 47,5 calibers was used as the main weapon on the mortar. The loading of mines was carried out from the breech of the mortar using a crane (the weight of a mine 750 kg), which adversely affected its rate of fire. The mortar rate was only 1 shot in 5 minutes. The 2B1 “Oka” ammunition of the mortar consisted of only one mine with a nuclear warhead, which guaranteed at least one tactical nuclear strike under any circumstances. The angle of vertical guidance of the mortar was in the range from + 50 to + 75 degrees. In the vertical plane, the barrel was moved due to the hydraulic system, at the same time, the horizontal guidance of the mortar was carried out in the 2 stage: an initially rough adjustment of the entire installation and only after that the aiming at the target using an electric drive.

A total of 4 self-propelled mortar 2B1 "Oka" was assembled at the Kirov plant in Leningrad. In 1957, they were shown during the traditional military parade, which took place on Red Square. Here at the parade mortar could see and foreigners. Demonstration of this truly enormous gun made a real sensation among foreign journalists, as well as Soviet observers. At the same time, some foreign journalists even came out with the assumption that the artillery installation shown at the parade is only a sham, which is designed to produce an awesome effect. 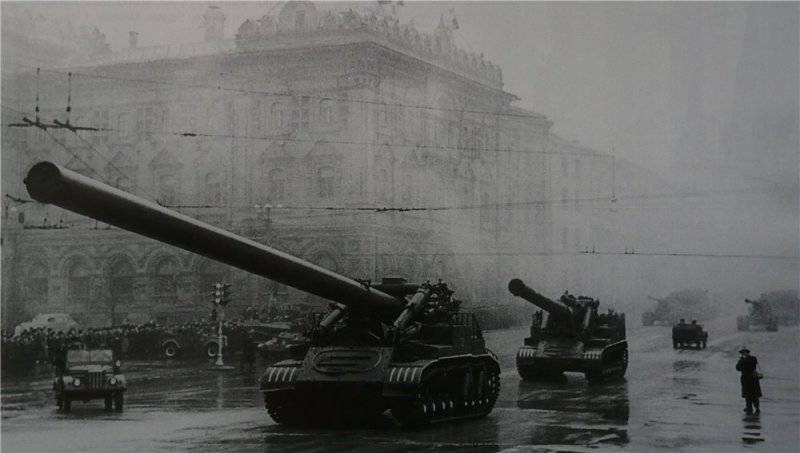 It is worth noting that this statement is not so far from the truth. The car was more indicative than combat. In the course of testing, it was noted that sloths could not withstand firing by ordinary mines, the gearbox was torn from its place, destruction of the chassis structure occurred, and other failures and shortcomings were also noted. The revision of the 2B1 “Oka” self-propelled mortar went on until 1960, when it was decided to finalize the work on this project and the 2-X3 self-propelled gun.

The main reason for the collapse of the project was the emergence of new tactical unguided missiles that could be installed on lighter tracked chassis with better maneuverability, which were cheaper and much easier to operate. An example is the tactical missile system 2K6 "Luna". Despite the failure of the Oka mortar, Soviet designers were able to use all the accumulated experience, including negative, in the design of such artillery systems in the future. That, in turn, allowed them to reach a qualitatively new level of designing various self-propelled artillery installations. 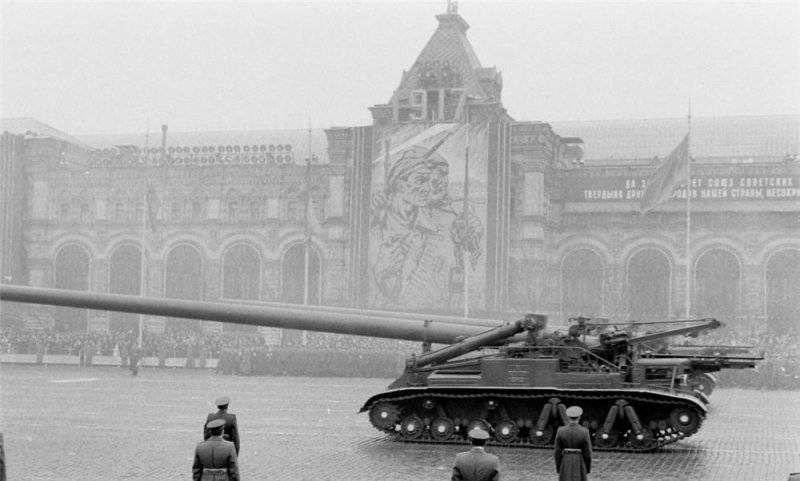 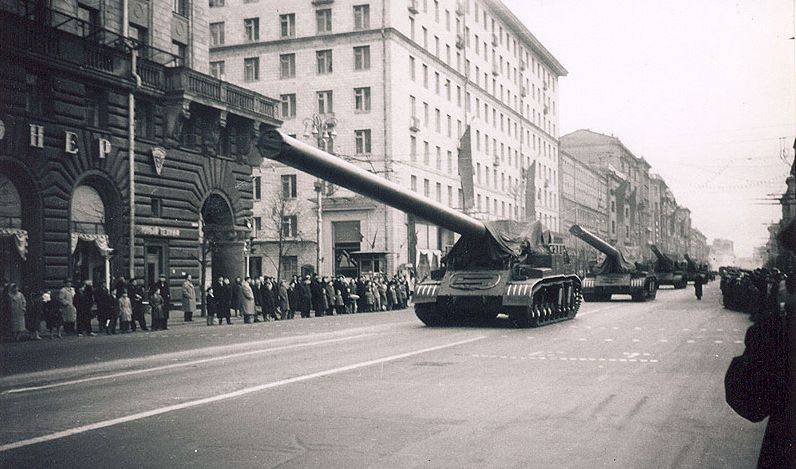