Yana Amelina: The results of the presidential elections in Georgia are the last name, the anti-Russian course is the same 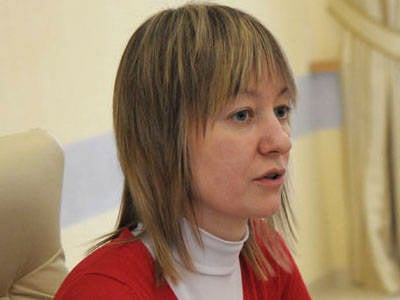 The presidential elections in Georgia did not bring sensations. The new head of state, as predicted by almost everyone, was the candidate of the ruling coalition "Georgian Dream", uninteresting and uncharismatic Georgiy Margvelashvili. There was no second round: his closest rivals, the candidate of the former ruling United National Movement party, David Bakradze and the former chairman of parliament, Nino Burjanadze, together gained less than a third of the votes.


By and large, all this is not so important. Starting from the current elections, the presidential post in Georgia will bear a symbolic rather than practical burden. In accordance with the amendments to the Constitution adopted three years ago, the powers of the president are significantly reduced, being redistributed between the parliament and the government (controlled by the same Georgian Dream). The epoch of Saakashvili, who created what is known who put his heart, irrevocably a thing of the past.

Elections did not become an arena for the struggle of ideologies. The first three candidates for the presidency demonstrated a touching unanimity on the main directions of foreign policy. President-elect Margvelashvili supports Georgia’s accession to NATO and the EU, rejects the possibility of returning the country to the CIS ("Georgia is definitely moving towards Europe") and dreams of "restoring Georgia’s territorial integrity", that is, returning the independent states of South Ossetia and Abkhazia which, of course, is impossible. Bakradze and Burjanadze say the same thing.

There is no doubt that the Georgian course "from Russia" and on Euro-Atlantic integration will not change. It is absurd to expect improvements in Russian-Georgian, Georgian-Ossetian and Georgian-Abkhaz relations. Various actions against the installation of barbed wire along the Georgian-South Ossetian border, collecting signatures for a petition against Georgia’s participation in the Winter Olympics in Sochi (from the beginning of October have already collected 28 thousands), burning Russian flags and other similar antics, demonstrating the true approach Tbilisi to establish interstate relations.

The reaction of the Georgian leadership to the participation of the Russian pilot Ivan Nechaev, among other soldiers who reflected Georgian aggression in August 2008 of the year in the Olympic torch relay, is a striking stroke. "It is obvious that a state that wants to improve relations with a neighboring country should not behave so defiantly," the offended government of Georgia commented on this fact. That is, the problem for Tbilisi, like all the recent years, is not in unleashing a war against South Ossetia, but in the only possible Russian response to this inhuman action. Yes, and "to improve relations," apparently, it is fundamentally important not for Georgia, which spoiled them, but for Russia.

And all this despite the fact that the Russian market, contrary to the interests of the consumer and the foreign policy objectives of the Russian Federation, has long been open to Georgian wine and Borjomi water (which frankly loses to Russian mineral waters, both in quality and price). What other unilateral concessions are required from the Russian side? ... But in Tbilisi they are not ready to accept reality. Georgian politicians have not yet realized even such an obvious thing as the fact that the train of “confederative Georgia” had long gone, and on the agenda is not the “return” of South Ossetia and Abkhazia, which will never happen, but the preservation of the territorial unity of what remains. . It is not by chance that Margvelashvili, Bakradze and Burjanadze, as Saakashvili and Ivanishvili used to do, sang the old song about “searching for a common language with Abkhazians and Ossetians” and building a new Georgia, “which will be interesting both for Abkhazians and Ossetians” in the whole election campaign. ".

In the present circumstances, the personal composition of the Georgian leadership is not fundamental - it still does not cope with the challenges of the time. In Georgia, there is not and in the foreseeable future there will be not only pro-Russian, but at least pro-Georgian politicians who are aware of the full depth of the domestic and foreign policy risks facing this state. For a qualitative improvement in Russian-Georgian relations, we need not absurd claims to Russia, but the repentance of the Georgian leadership (and, most importantly, society) for the events of the 2008 of the year (or rather, for what happened at least from the 1989 of the year). But where there is - Georgia is proud of its "heroes." The country obviously needs external control, and it must be implemented by the same methods - by the forces of the Russian Governor-General from Vorontsov Palace, which is on Rustaveli Avenue in Tiflis.

Ctrl Enter
Noticed oshЫbku Highlight text and press. Ctrl + Enter
We are
Nino Burjanadze: "I am not for the West and not for Russia. I am for Georgia"Nikolay Silaev, Andrei Sushentsov: Georgia after the elections and prospects for Russian-Georgian relations
58 comments
Information
Dear reader, to leave comments on the publication, you must to register.