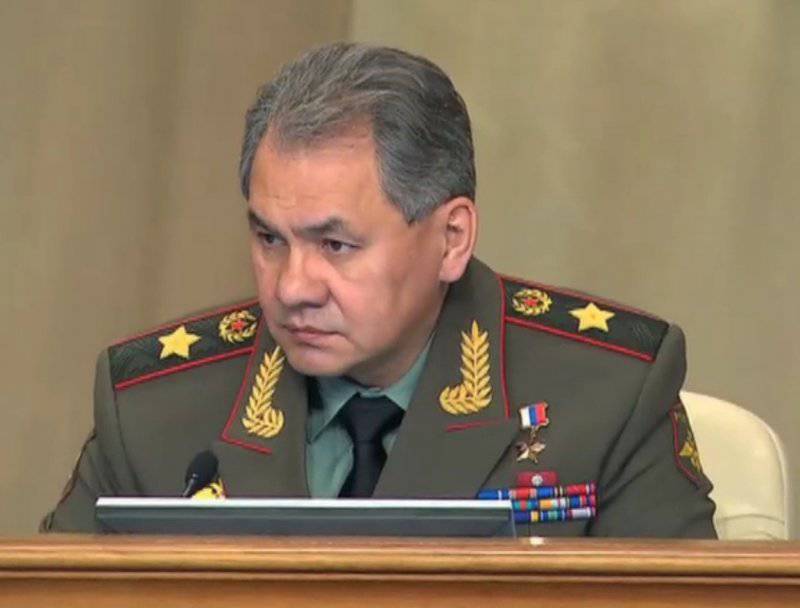 Sergei Shoigu confirmed the reputation of a person who listens to practical advice and solves issues without posting them indefinitely. It happened at a meeting of the Public Council at the Ministry of Defense.


Its chairman, Pavel Gusev, proposed establishing an annual award of the head of the military department for the best works of art about the army. According to the chief editor of "MK", ​​they should create talented writers, playwrights, scriptwriters and filmmakers. And the new award will only spur creative searches. Shoigu supported the idea, but made a reservation: it should be a prize not for the minister, but for the Ministry of Defense. The military will prepare the corresponding Regulations together with public figures, and its final version will be posted on the agency’s website.

For everything that concerns the formation of a positive army image in society, Shoigu takes it extremely seriously. From here - initiatives that are already being implemented, or are in the development stage. The minister, in particular, recalled the decision to create a military studio by the end of the year, perhaps even an entire film company, where they would shoot documentaries, feature films and animated films. They must revive people's interest in the national stories and promote the patriotic education of youth.

Another innovation of the Ministry of Defense is devoted to the same goal - the creation of a short course on our military history specifically addressed to soldiers. Such a textbook is planned to be released in November. Shoigu said that recruits will not only study him, but also take tests on him. As the minister put it, so that the guys know at least "basic things about the history of the Russian army." But cadets of military universities, it seems, will soon have to study the full course of the history of the Armed Forces. The need to introduce such a discipline in higher education institutions of the Ministry of Defense generals are going to discuss at one of the boards of the military department.

At a meeting of the Public Council, Shoigu showed sketches of monuments that want to be installed on the Frunze Embankment in Moscow. Apparently, they will take their place next to the Main Command of the Ground Forces. This is a bronze sculptural compositions dedicated to the heroes of the First and Second World Wars. And also - to the characters of the feature film "Officers", long-beloved by the people. Shoigu asked the members of the Public Council to evaluate the sketches and express their opinion when it comes to their approval.

And another one news from the head of the military department - by the end of this year, in all military units, buffets and showers will be organized. “We are going further along the path of humanization of military service,” Shoigu said. “We have conscripts have two days off, use the opportunity to go on layoffs in civilian clothes, make mobile phone calls, and use e-mail and communicate via Skype.” The minister also said that a bill was sent for consideration, according to which contract soldiers would be entitled to parental leave.

Ctrl Enter
Noticed a mistake Highlight text and press. Ctrl + Enter
We are
Geopolitical mosaic: Mitt Romney decided to abolish the US Department of Education in the United States, and Berezovsky to establish a monarchy in Russia
158 comments
Information
Dear reader, to leave comments on the publication, you must to register.