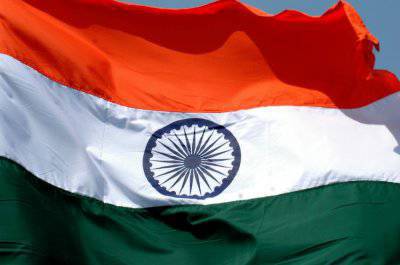 The Ministry of Defense of India approved the acquisition of XMUMV mine-mine protection (MCMV) mine equipment (mine countermeasure vessel) manufactured by the South Korean company Kangnam (Cangnam). This was announced by the weekly Janes Defense Weekly.


According to the publication, the value of the transaction is 1,5 billion dollars. It is assumed that the contract for the supply of ships will be signed at 2013.

It is assumed that 2 ships will be built at the Kangnam shipyards, and the remaining 6s will be built by the Indian company Goa Shipyard Limited using South Korean technology.

At the same time, representatives of the Indian Ministry of Defense expressed their concern about the country's economic situation and the reduction in military spending that influenced this deal. If the contract is signed during the 2013 of the fiscal year, the first two ships produced by Kangnam will be delivered by 2017, and Goa Shipyard Limited will collect the rest by 2019.

The deal with Kangnam was originally negotiated at 2012, but was later postponed due to complaints from the Italian shipbuilding company Intermarine (Intermarine) about irregularities during the competitive selection process.

The MCMV ships are in service with the Republic of Korea Navy and are a further development of the Yang Yang ships. They are built of composite materials and have become of special quality, which provides the ship with a minimum magnetic field. They are equipped with hydro-acoustic stations (GUS) with high resolution and acoustic and magnetic devices for detecting mines. Special devices of the ship provide their undermining under water.

The eight MCMV ships will replace the outdated minesweepers of the Pondicherry type (Pondicherry) and the Karwar (Karwar) type, which, in turn, are modifications of the 266M Soviet minesweepers. They were put into service during the period from 1978 to 1988.

Since the end of the 1908's, the Indian Navy has been looking for a replacement for these outdated ships. The potential suppliers of ships in 2006 were the French companies Thales (Thales) and ECA, the German Atlas Electronics (Atlas Elektronik) and the Spanish FABAs (FABA). The relevant proposals of the French company DCN, the Italian Intermarine (Intermarine), the Spanish Izhar (Izhar), the South Korean Kangnam and the American Northrop Grumman were sent to 2008. Tests of products of these enterprises went to 2010.

Analysts believe that the deal on the purchase of ships MCMV will be made in order to increase the possibilities of opposition to China. They also note that the relations of military-technical partnership between India and South Korea are quite developed.

Ctrl Enter
Noticed oshЫbku Highlight text and press. Ctrl + Enter
We are
Misadventures and problems of Indian artilleryDelhi narrows its market for Moscow
11 comments
Information
Dear reader, to leave comments on the publication, you must to register.