October 29 2013
12
The US Department of Defense announced its new developments, which can significantly simplify the surveillance of the so-called "enemies of democracy", as well as the elimination of citizens, "threatening the security of the state." We are talking about the creation of worm robots penetrating under the skin, the army of terminators and devices capable of reading people's thoughts. It is worth noting that the operator of the state order for all these high-tech devices is DARPA - an agency of advanced defense research projects. This is a separate division of the US Department of Defense, which was created in 1958 year - on the day when President Dwight Eisenhower realized that he was losing the battle for space exploration. The purpose of this agency was the development of various high-tech devices for the needs of the American army, which would be more complex than a potential enemy could counter them.


During the Cold War, the main areas of DARPA work were air, sea, and ground military technologies — reducing visibility (stealth technology), components of a strategic defense initiative, space probes, tactical armor, automatic target recognition, and much more. At the same time, the best DARPA specialists have always been “moved” by the fanatics of their business (in a good way), many of them were recruited by the military agency while studying at universities, but the main part was recruited among the staff of successful startups. Currently, the agency employs about 240 employees, who every month learn about 2,8 billion dollars from the US budget. At the same time, since DARPA implements mainly short-term projects that are implemented by small, specially hired teams for this, funding for activities can be increased several times at any time.

Currently DARPA is still working on developing technical “surprises” that might surprise the enemies of the United States. The list of projects implemented by this agency is truly impressive, as well as the developments here. In mid-October, the agency 2013 announced that it was half way to developing a device that could read human thoughts. 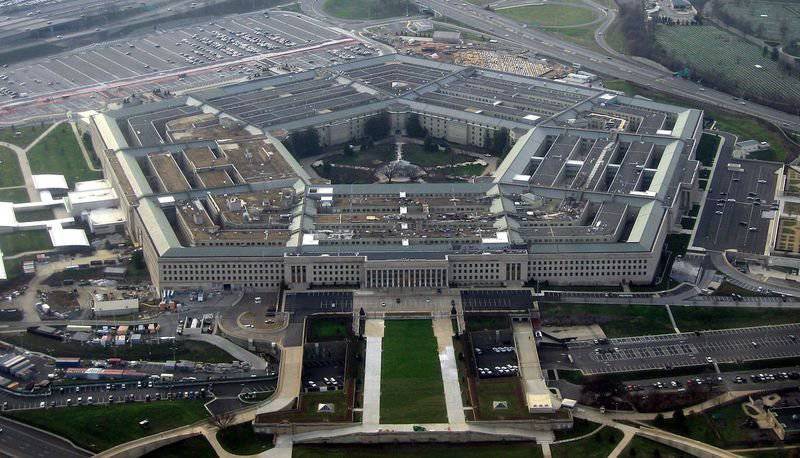 The application posted by the agency notes that modern electroencephalography devices, which are widely used in medicine, do not meet the interests of military and operational goals due to their large size. Scientists face the challenge of developing a portable analogue of an electroencephalograph and making significant progress in reading human brain activity. It is reported that the implementation of this project can "revolutionize science", as well as simplify access to the detection of commercial secrets of a potential enemy and provide new opportunities for intelligence services.

Also, the developed unit is planned to be used in a large policy, as it will allow maximum use of the resources of the crowd. This was told to American journalists by an anonymous informant, according to whom the main goal of this project is nothing less than “struggle against extremism and political dissent with the help of transcranial magnetic stimulation (TMS)” along with a complicated kind of propaganda based on this technology. This, in essence, is about “pushing” into the consciousness of the masses the necessary ideas.

Such DARPA studies can be troubling, as they involve a range of ethical issues. Although so far the kingdom of the "Matrix" on Earth has not yet come, and all this is still more like the works of modern utopian writers. However, work in the direction of reading human thoughts in the United States is really underway. Information about this has repeatedly appeared in the press and in 2008, and 2012 year. 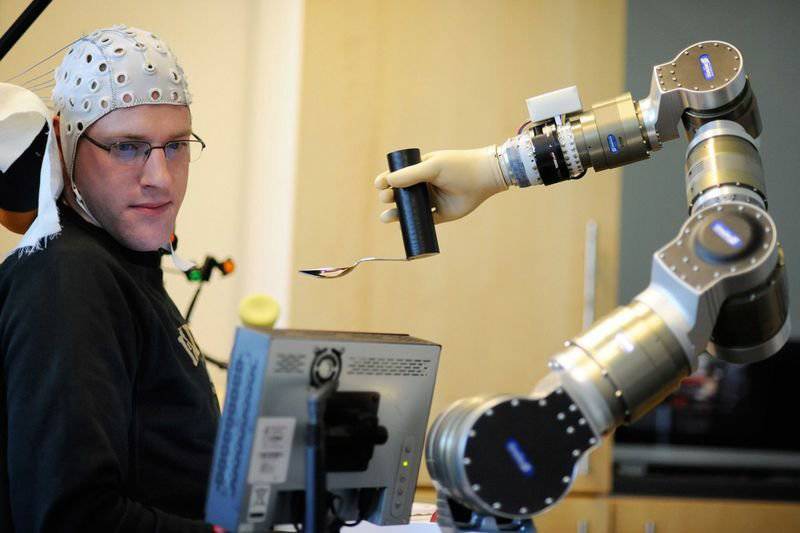 According to RIA "News”, The Pentagon believes that the technology of mind reading in the future can assist in creating devices that would allow us to read the minds of wounded soldiers who received brain injuries, and possibly also be used for interrogation of prisoners of war. The project to develop such a device immediately unites 3 American universities: Carnegie Mellon University (PA), University of California, University of Maryland.

Scientists are studying the signals of the human brain, trying to decode messages, as well as to determine who it was addressed to. For this purpose, electroencephalography is used - a modern method for diagnosing a functional brain, its state, which is based on measuring the electrical activity of the brain. First, special electrodes were fixed on the volunteers' heads, after which they were asked to mentally pronounce certain words. At the same time, the brain activity of the subject is continuously recorded, and the results are summarized and analyzed. In the future, scientists are going to present a device that could recognize a person’s thoughts and reproduce them in text or audio format.

It is worth noting that interest in decoding brain activity arose about 10 years ago, when neuroscientists finally realized that the MRI scanned - magnetic resonance imaging - provides a huge amount of information, which remains unclaimed. This research method allows to identify brain activity and its level by identifying areas that are actively saturated with oxygenated blood. For analysis, the human brain is divided into separate “cubes” - voxels (they are a three-dimensional analogue of pixels). Scientists see which voxels react most strongly to various stimuli, for example, to images of human faces. Thus, discarding not the most active voxels, those areas of the brain that are responsible for processing the incoming visual information are determined. 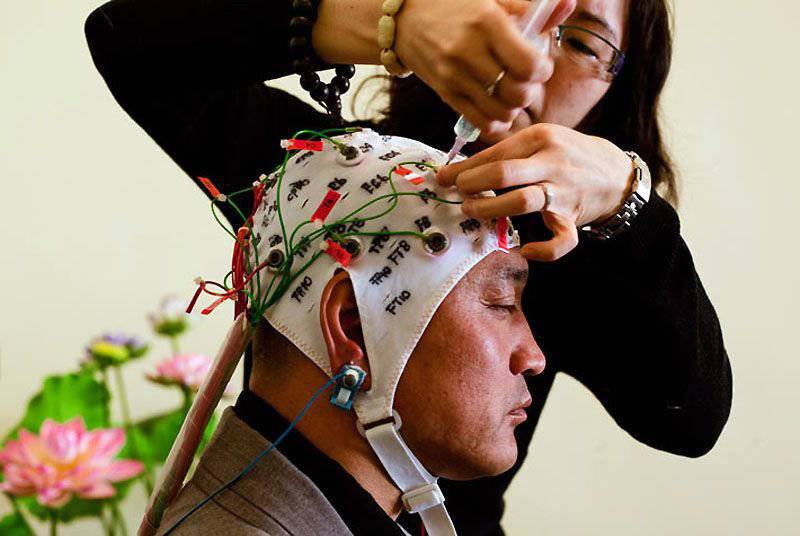 In 2008, the first decoder was introduced, which could determine which of the 120 photos the test subject is viewing at a given time. The device was created by a group of Jack Gallent from the University of California. Determining a particular photo that a person thinks about is a very difficult task. The next step is to develop a decoder that could play primitive films about what a person sees.

Starting around 2006 for a year, researchers around the world are working to create decoders to solve various problems: for working memory, when people hold a fact or a figure in their memory; for visual images that occur when a person imagines a particular scene; to study intentions when the subject makes a decision to add or subtract. The latter is the most difficult, since the pictures can be grouped by content or color, but the rules governing the person’s intentions are not so easy to identify.

The Jack Gallant laboratory already has preliminary information about how difficult this task is. Using the example of the popular computer game Counter Strike, researchers tried to predict whether the player would turn left or right, shoot, or chase the enemy. At the same time, the player's intentions regarding his movements more or less turned out to be deciphered, but here everything else in the received MRI was overwhelmed by strong emotional signals, which were most striking when the character of the hero was dying or shooting at the enemy.

Ctrl Enter
Noticed oshЫbku Highlight text and press. Ctrl + Enter
We are
The beginning of the path of walking robotsDARPA Report Overview
12 comments
Information
Dear reader, to leave comments on the publication, you must to register.