October 28 2013
0
The implementation of a variety of objects in 3D today is becoming increasingly relevant. Initially, architectural designs were presented in three-dimensional form, the ideas of sculptors and interior designers were visualized. Information on what's on 3d interior visualization pricecan be found on the website of the studio of Boris Alexandrov. 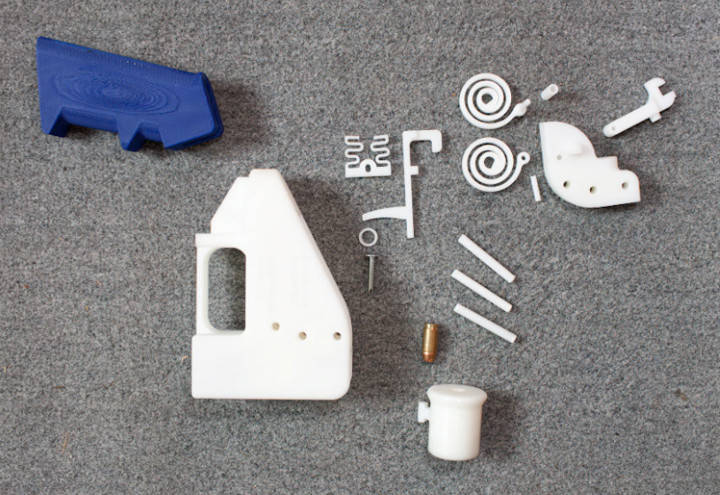 Recently, active work has begun on the creation of polymer samples. weapons using 3D printers. This unique technology was developed in the United States, but over time it began to develop thanks to specialists from the countries of Southeast Asia. Korean and Japanese engineers have made important optional additions to the work of 3D printers, making it possible to obtain workable samples of various units and units of technology.

In the summer of last year on the 3D-printer was a test "print" of elements of small arms. The seal was so successful that it was easy to assemble an 5,6 mm caliber pistol, which had already passed rifle tests, from the parts created. After more than two hundred shots, there were no complaints about the weapon “uncovered” from polymers, which indicates a high accuracy of reproduction of the structure, as well as the quality of the parts themselves.

After it became clear that with the help of modern technology it is possible to create quite effective weapons, all the companies working with 3D-printers took special services “under the hood”. For example, in the UK, despite the fact that the activity of the special services here is one of the highest in the world, it was not possible to determine exactly where the sample of small arms was created using an 3D printer. Representatives of law enforcement agencies managed to find some details of weapons obtained in an unusual way, but we have not yet been able to identify those who have “unsealed” these weapons. Details to the weapon and the printer itself, on which they were created, were discovered in the British Manchester.

Such an episode forced law enforcement officers from different states to say that in the near future the world could be overwhelmed by a wave of weapons produced using 3d printers. The world is insured against mass production only by the fact that such printers are still quite expensive. The cheapest models can be purchased in the United States and the UK at a price of about 2-x thousand dollars. But with increasing production competition the price of such devices may fall.
Ctrl Enter
Noticed oshЫbku Highlight text and press. Ctrl + Enter
We are
The military is increasingly resorting to the use of 3D printersChina began to print military aircraft on the 3D printer
Add a comment
Information
Dear reader, to leave comments on the publication, you must to register.