The results of the elections in Georgia: thank God, you left! ..

October 29 2013
71
October 27 2013 (last Sunday) the presidential elections in Georgia. The Georgian people have chosen a person who in the coming years will have to become, if I may say so, a nominal head. The fact is that after the amendments to the Georgian constitution, the state turned into a parliamentary republic, which automatically gave the parliament a wider range of powers, as well as the chairman of the cabinet, which at the moment is Bidzina Ivanishvili.


But if the presidential elections in Georgia, by and large, are not significant (from the point of view of the real governance of the country), then why are so much attention focused on them in different countries of the world, including Russia? The answer is simple: the October elections end the era, as the Georgians themselves say, of the “overdue” President Saakashvili. This gentleman has recently skillfully pulled the rubber, trying to linger longer at the presidential helm, and ineptly ignoring the massive "hooting" of the majority of Georgian citizens united under the slogan "Come on, bye-bye!" However, in this case I would like to replace the term "goodbye" the term "goodbye" ...

According to preliminary data in the presidential election, the candidate from the “Georgian Dream” - the party that is ruling in Georgia today and headed by Bidzina Ivanishvili - leads in the presidential election by a large margin. This candidate, Georgy Margvelashvili, after counting more than three-quarters of the ballots, is gaining about 62%, ahead of his closest pursuer (candidate from the party headed by Mikhail Saakashvili) David Bakradze by more than 40%. Nino Burjanadze closes the three leaders in the presidential chair (with about 10% of votes), which is considered a heavyweight politician in Georgia, at least because she was twice the official who temporarily acts as president.

This alignment suggests that there will be no second round of the presidential election in Georgia, since one of the candidates crossed the line in 50% of the vote. Although, speaking of the elections in Georgia, I would not want to jinx it, because there are own original electoral traditions, as a result of which, quite unexpectedly, the winner may not be the official result of the voting ... The Rose Revolution and everything ... President Saakashvili came to power that way.

But while the election results are discussed quite calmly. Even the main opponent of George Margvelashvili, David Bakradze, recognized the victory of the representative of the political movement “Georgian Dream”. Only Nino Burdzhanadze refrains from recognition, stating that during the elections there were violations, and that she could not get "just" 10% of the votes - there should have been more ...

In the meantime, the Georgian CEC is counting votes, Mikhail Saakashvili is packing his bags, tying knots with his belongings. Among the boxes and filled packing bags, more similar to garbage, they touch the jars of jam, which Mikhail Nikolozovich, apparently rarely free from the political support of her husband’s husband, was brewed by his wife - the Dutch citizen Sandra Rufolles ... Traditions of cooking jam in the Netherlands ... after the use of this jam, Mikhail Nikolozovich was drawn to "feats of arms"? .. 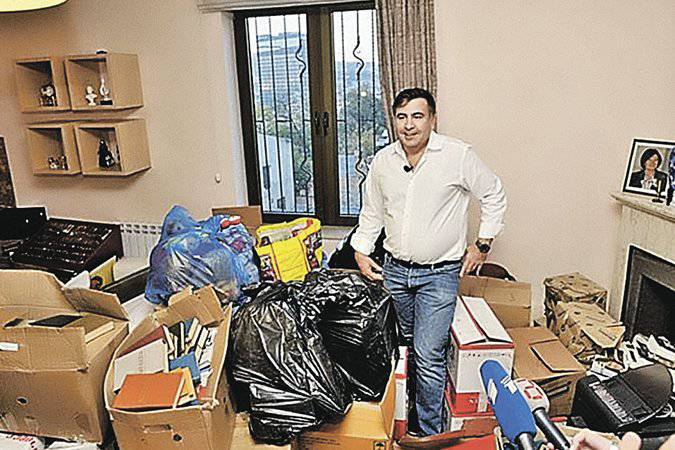 So, Mikhail Saakashvili leaves, Georgiy Margvelashvili comes. And if it comes, albeit for the role of the “wedding” president, then it is worthwhile to deal with the question: “Hu is from Mr. Margvelashvili? ..”

Margvelashvili 44 of the year. Recently, she served as Minister of Culture of Georgia in the government of Ivanishvili, before that was the rector of one of the Georgian universities. Georgy Margvelashvili has a university degree in philosophy that he received at the Tbilisi State University in 1992. After receiving a diploma from his native university, Margvelashvili studied for about a year at the Central European University (CEU), which was established with the financial support of the notorious George Soros as an association of Polish and Czech branches in the 1991 year. CEU was formed for, quotation from statutory documents:

for the development of democracy and open society in the countries of the former USSR, Central and Eastern Europe.

As they say, everything is clear with this university, especially based on the authors of the idea of ​​its creation ... It is noteworthy that a short time after the opening of the campus of this university in Prague, the Czech government was forced to help stop its work. Apparently, the understanding of the development of democracy in Soros and Czech was somewhat different from each other ... The Czechs at the Sorovskiy University pointed to the door, but the Hungarians decided to shelter one of the campuses in Budapest.

Naturally, while studying at such a university (with a frank pro-Western component), Margvelashvili simply could not absorb the ideas taught there. And the ideas are well known: rapprochement with the West, taking over the Western, forgive my God, values ​​and ideals, obstruction of any idea that at least somehow matched criticism of Western "democracy".
This is partly expressed in the program proposed by Georgi Margvelashvili: he will continue to support the course towards the integration of Georgia with the European Union and the possible accession of the country to the North Atlantic Alliance. True, an important detail needs to be added here: in all his election interviews, Margelashvili stated that he was in favor of normalizing relations with the Russian Federation exclusively through diplomacy.

Normalization of relationships? Of course, I would like to ... Why? Yes, simply because it took a lot of time to unite the two nations, for mutual respect of cultures, traditions, plans for the future, and all this tremendous work done by our (and Russian and Georgian) ancestors was crossed out overnight by just one person. Being here, in Russia, we cannot judge with a high degree of accuracy how cloudless and healthy everything has become in Georgia in terms of fighting corruption, how wonderful ordinary Georgian citizens began to live, how cheap food products, energy have become and how impressive steel wages and pensions from our southern neighbor. By and large, this is not particularly relevant to us. But we know very well what kind of person his clumsy policy, incredibly similar to the behavior of a puppet doll, ruined the friendly relations between our peoples, and what kind of person with a painful passion continued to pass off this destruction as his main achievement. For almost 10 years of Saakashvili’s presidency, he managed to “drop” the level of trust of one people to another to, possibly, a historical minimum. This, apparently, he deserved respect from his overseas sponsors ... After all, what none of the external enemies of Russia and Georgia could do was done by the lord, let's say, from the inside - after actually seizing power with the support of well-known gentlemen - color sponsors revolutions.

Truly: thank God, you left! Now the main thing is that “his business” goes with him ... Margvelashvili, well, you do not do anything stupid. 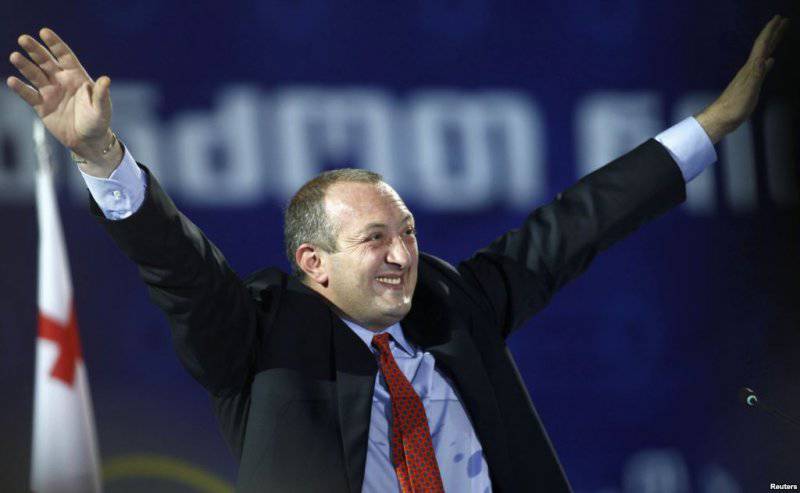 Ctrl Enter
Noticed oshЫbku Highlight text and press. Ctrl + Enter
We are
Ivanishvili told the terrible truth about Russia, or Two of the Georgian casket ...Saakashvili leaked, or Bog for Bidziny
71 comment
Information
Dear reader, to leave comments on the publication, you must to register.