Over 600 officers joined the ranks of the Air Force 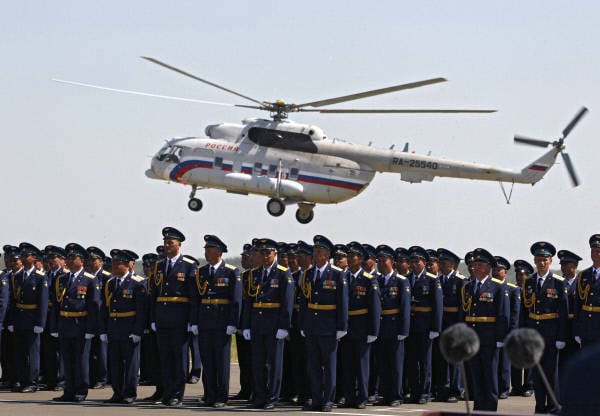 
The first of them graduated from the 223 pilot and 159 combat control officers, the second - 150 army aviation pilots, the third - 117 flying navigators.

“The flight instructors did a lot to have the maximum 240 flight time, which was not even during the USSR,” he said. - Having come to the troops, they will have the opportunity to further improve their skills on all types of aviation equipment, which is now in service with the Air Force and which will be received in them in the future, including the promising aviation complex of front-line aviation. They can only be envied because they are waiting for such newer aircraft as the Su-34, Su-35, Su-30, Yak-130, as well as the most up-to-date Mi-28H and Ka-52 helicopters. "

Bondarev pointed to the increased level of training of pilots, due to the presence in the military schools of the Air Force of a modern training and material base. “The training of today's cadets differs from previous years in that they own modern computer technology and personal computers,” the commander-in-chief of the Air Force noted. “This allows them to master modern computerized aircraft in the shortest possible time.”

Ctrl Enter
Noticed a mistake Highlight text and press. Ctrl + Enter
We are
A unique exhibition "Nuclear shield of Russia" has opened in the Chelyabinsk Museum of Local Lore216 lieutenants of the Military Technical University begin an independent life
36 comments
Information
Dear reader, to leave comments on the publication, you must to register.