Myths about the "Winter War" (part 1) 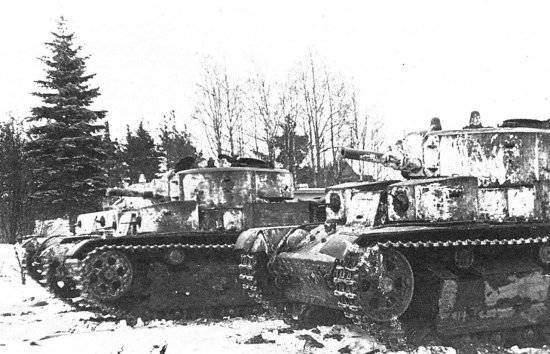 The Soviet-Finnish war (1939-1940) created many "myths". The publicist and writer A. I. Solzhenitsyn expressed them in a concentrated way: “And then everyone saw this mediocre, shameful Finnish campaign, when our huge country poked, poked around this very“ Mannerheim Line ”. They showed everyone that we are at war ... and our opponents saw that we are not ready to fight ”(A. Solzhenitsyn. Ostankino, May 15, 1995).

Another group of myths is based on the thesis that the Red Army had to break through the line of defense equipped with the latest technology, and even in extreme frosts over half a meter drifts.

The myth of strong frosts and half meter snowdrifts

One of the arguments for the complexity and specificity of the Winter War is the cold. But the cold itself does not preclude warfare. In addition, in December 1939, when the first, unsuccessful, assault on the Finnish fortifications took place, there were no 40-degree frosts. Ships of the Baltic fleet Until the end of December, they came ashore to support the ground forces, i.e., the Gulf of Finland was not frozen.

In the memoirs of Mannerheim it is said that the Red Army had a technical advantage, because the ground was frozen, and there was little snow. There is a diary of Finnish Lieutenant General H. Enquist, who commanded the 2 Corps, where he recorded daily daily temperature from the first to the last day of the war. November 30 (the day the war began) the temperature was + 3, until December 20 ranged from + 2 to -7-mi. Before the new year, it was not colder than -23 degrees, frosts to minus 40 began only in the second half of January, when there was a lull. Moreover, the Finns were as cold as the Red Army men.

The stories about the huge drifts also have no basis. Mannerheim wrote: “Unfortunately, the snow cover continued to remain too thin to make it difficult to maneuver the enemy” (KG Mannerheim. Memoirs. M., 2000, p. 268). There are data on the thickness of the snow cover and in the operations of the Soviet divisions. So, in the 123 Rifle Division's operational summary, it was said that 15 December 1939 snow depth was 10-15, see. Until the calm, in January 1940, there was no deep snow. Even in 6 January 1940, the snow depth of 25-35 see

In addition, even snowdrifts of 1-1,5 meters were not for tanks insurmountable obstacle. Heavy tracked vehicles are able to overcome dry snow up to 2 meters deep, this technique tamps the passage, and another vehicle can be carried out behind it.

Thus, it is clear that The command has chosen the ideal time for the offensive: the soil was seized by frost, numerous Finnish swamps, lakes, small rivers were covered with ice, there was still some snow. The Red Army could use numerous equipment and supply troops.

The myth of the inaccessibility of the "Mannerheim Line" 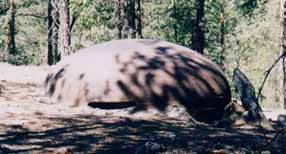 About this is one of the most popular myths, which describes impregnable fortifications, high-rise bunkers, numerous machine gun and gun nests. In reality, the infamous “Mannerheim Line” was far from the best examples of European fortification. Most of the pillboxes were single-storey, partly reinforced concrete buildings buried in the ground, where the premises were divided into several rooms with armored doors. Only three dota had two levels and three more - three levels. Compared to the French fortifications of the Maginot Line, or SD in the USSR, this cannot be called the height of fortification.

There were no Finnish fortifications of underground galleries characteristic of the fortifications of France, Germany, Czechoslovakia, which would connect long-term firing points. Finnish bunkers are lightly buried and insulated concrete boxes.

The main strip of fortifications was defended by approximately 136 km of anti-tank obstacles and about 330 km of wire barriers. They showed low resistance to strikes of medium T-28 tanks.

In the main strike of the Red Army in Finnish pillboxes there were no guns capable of hitting Soviet tanks, there were no artillery pillboxes at all. The newest Finnish dots of the 30s were not all heated.

The infantry units of the Finns were located in ordinary trenches. Most of the old pillboxes of the line had an embrasure of frontal fire, since they could be put down by shots into the embrasure. Their weakness was the poor quality of concrete, which had almost no reinforcement. Only in the new Le Bourget-type casemates, the embrasures were located on the side or rear edges of the structure, the front wall was deaf. Machine guns sweep the space in front of the front of another similar DotA.

That is, the “Mannerheim Line” was not unapproachable for the Red Army. The Red Army possessed quite a good arsenal for breaking in fortifications. 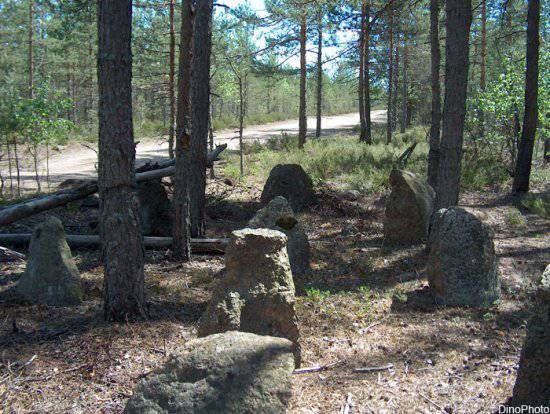 A serious miscalculation of the Soviet command was the lack of intelligence data on the fortifications of the Finns. The depth of the defense of the Mannerhem Line was an unpleasant surprise to command. Exploration did not have data on new buildings 1938-1939. So, 6 of December 24 rifle division "ran into" the Veisainensky fortified area, in the battle, the division commander P.Ye. Veshchev died, who received the title of Hero posthumously. Intelligence had no information about these fortifications. 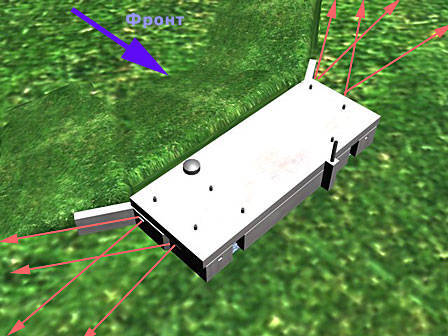 Four-marbled bunker with barracks on 30 people. 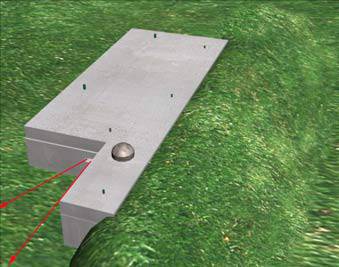 Odnamebrasurny pillbox with barracks on 26 people. 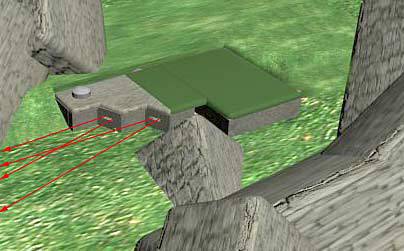 Double-brick dot with barracks for 24 man. 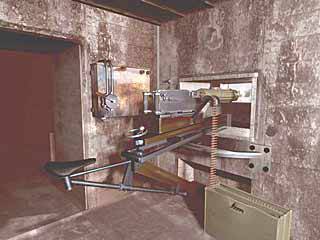 An example of a casemate machine gun system Maxim.