October 28 2013
300
The statement is not made from scratch. In the east of the country, the local press is actively discussing the topic of separatism. The possibility of creating a separate Siberian state is being conducted in full swing, economic prospects are being calculated - they are radiant on paper. Students are also actively involved in this work. Such studies are generously funded, and not only from abroad - it seems there are Russian oligarchs who support this adventure. Surely the answer will be given. The Communist Party of the Russian Federation has recently initiated the introduction of criminal responsibility for calls for separatism. But it is necessary to formulate more rigidly: responsibility should be imposed not only for appeals, but also for propaganda of separatism. 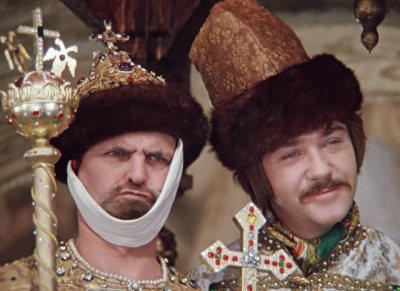 “What are you, you son of a bitch, impostor, squander state lands? This way, no volosts can be saved! ”Winged words from the unforgettable“ Ivan Vasilyevich ”are more than relevant today, which I personally saw when I visited Irkutsk. The city is good and spiritual people. Moscow, of course, is disliked. Honestly, there is a reason. Alas, the capital in the eyes of the outskirts of the center of science and culture is increasingly turning into a city of traffickers, oligarchs and thievish officials, pumping resources from the rest of Russia. And there were already those who wished to take advantage of such sentiments, having reanimated the seemingly sunk project of Siberian separatism.

The first martyr of this idea was the governor of Siberia, Matvey Gagarin, who was hanged by Peter I in the 1721 year according to the totality of sins. In the middle of the 19th century, right after the Crimean War, which had one of the goals, as you know, separating several regions from Russia, pro-Western Siberian independence periodically appeared among the pro-Western "educated classes" —the so-called regionalists. However, since the foreign ears from this idea stuck out too noticeably, and the attitude towards foreign agents, especially those who attempted to "one and indivisible", in the Russian Empire was not in the least tolerant than in the current Russian Federation, those were promptly sent to penal servitude.

Another attempt to straddle the same theme was undertaken, using the confusion of 1905 – 1907, a certain Party of Siberian independence. The separatists in August 1917 again raised their heads. A year later, they even proclaimed independence, but not for long. But with rampant "perestroika" the idea of ​​separation flourished with a double color. Like toadstools after the rain, they got out of the liberal dregs of the 90 parties and even the “liberation armies” with proposals to create the Ural, Yenisei and Baikal-Amur republics. Well, and naturally, with the requirements of Russia to compensate for the "colonial exploitation". They tried in all seriousness to construct the “Siberian language” from the local dialects, and during the last census they persuaded people to sign up as “Siberians” in order to demonstrate the “will of the people” to secession. It didn’t work - out of tens of millions of Siberians, there were only a few “Siberian nationalities”. However, already in 2011, within the framework of who organized the all-Russian campaign “Stop feeding the Caucasus!” It is clear that a rally “Stop feeding Moscow!” Was held in Novosibirsk.

If someone thinks that the topic of Siberian independence is raised exclusively by marginals, he should be upset: the preparation is proceeding at the most serious level. For example, the pro-Civic Platform, supported by Prokhorov (and perhaps also funded by her), the liberal newspaper The Day of Siberia, publishes an interview with the Siberian separatist Mikhail Kulekhov (he is the editor-in-chief) about how simply called the country.

Here, on the next page, there is a material that, according to a sociological survey, only 44% of the inhabitants of Russia consider themselves Russians. Any normal person will understand what is behind this figure: most consider themselves to be Russians, Tatars, Buryats, etc. And the "Russians" only in the second place.

But liberals, as we know, see only what they want to see. In the comments of a social movement “Regional Alternative of Siberia”, published here, everything turns upside down: “More than half of the population do not feel like Russians, and therefore do not see the need for the existence of the Russian Federation”!

This Internet resource is called the “Website of the Siberian people”, its slogan is “For our Siberian homeland!”. By the way, the Day of Siberia supporting separatist ideas is by no means distributed at opposition rallies, but in state institutions - in courts, in local governments. And the party of Mr. Prokhorov herself went to the polls with the frankly “regional” slogan: “The riches of Siberia are Siberians!” And, by the way, received four mandates in the Irkutsk Regional Duma!

Gentlemen do not ignore dissenters with their attention and youth. I was surprised to learn that there is a “Siberian-American” faculty in the Irkutsk state university, notice. Not “Russian-American”, but specifically “Siberian”. In 2011, there was a very interesting work for the future: students designed the economy of Siberia, which separated from Russia and became an independent state. Of course - prosperous. They say that a lot of grants were received from overseas for this project. The case is far from being isolated. I was told how a seminar was held in the Pedagogical Institute about the possibility of the existence of Siberia without Russia.

The company of dissenters is not limited to Mr. Prokhorov’s Siberian colleagues alone. At least several western projects of this kind are known: in addition to Siberia, the Cossacks and Cherkessia, Great Finno-Ugoria and Idel-Ural (the Volga region and the Urals) are subject to rejection from Russia. The pseudo-Russian separatists are not far behind: some want to separate Ingermanlandia (St. Petersburg with adjacent territories), others want Northern Russia (the lands of the ancient Novgorod Republic occupied by the Muscovites), and others Zalesskaya Russia (approximately within the boundaries of the Grand Duchy of Moscow) . With all the variety of appetites, this motley gang has something in common - an obsessive idea to finish off (and not reunite) the ancestors collected by our ancestors, but now our Fatherland, torn to pieces by the living. And the general sponsors who direct and finance all such activities. Obviously, the same ones who like to speculate that, they say, Russia is not entitled to own Siberia alone, which is the property of the entire world community.

At the Valdai Forum, Vladimir Putin said that the sovereignty, independence, integrity of Russia are those “red lines” that no one should enter. I want to believe that the corresponding decisions will follow these words. Yes, any person, a group of people and even an ethnos has the right to self-determination. But without a single square centimeter of Russian territory: do not like it - left.

If someone doesn’t try to gnaw a piece of Russia under the flag of “self-determination”, but at least calls for it, let him go to the landscaping of Mother Siberia under escort. It is big, there is enough space for everyone: both Turkic separatists, and Caucasian, and all others. And of course, Siberian - from the Irkutsk team of Mr. Prokhorov.

Ctrl Enter
Noticed oshЫbku Highlight text and press. Ctrl + Enter
We are
About Stalin and KhrushchevHow I was held in this election
300 comments
Information
Dear reader, to leave comments on the publication, you must to register.