Who is the star of Hero of Russia Alexei Efentyev ("Gurzy")?

October 28 2013
179
October 1 2013, the 50th anniversary of the anniversary, was celebrated by reserve lieutenant Alexey Viktorovich Efentiev - a man whose life and fighting path in our country many people know, but that is also true, many have no idea about this man and his merits before the Fatherland. Apparently, the latter include those who make decisions in our country on conferring the title of Hero of the Russian Federation. 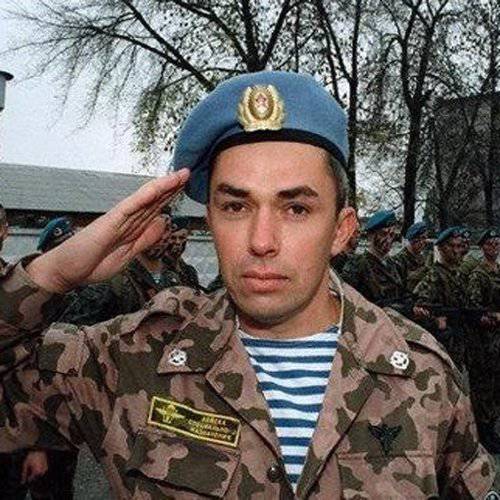 The fact is that Aleksey Efentiev is a unique officer of his kind, behind whose shoulders such a number of effective combat operations, which, as they say, would be enough for the eyes to get a good half dozen of the above ranks. Frames with his participation in military operations in various hot spots fell into dozens news issues, interviews of Alexei himself and his colleagues are widely represented on the Runet, data on his military merits can be found on the pages of publications read in Russia. But only by a strange coincidence of circumstances, the military exploits of "Gyurza", namely, officer Efentiev had such a call sign at one time, continue to remain invaluable statesmen, despite the fact that Alexei Viktorovich has already four times tried to present both his immediate superiors and various public organizations. Four times! And it's all wasted! An amazing thing ...

One of those combat operations for which Gurza was to receive the deserved Golden Star of the Hero is the operation to break the blockade of the Grozny Coordination Center in the summer of 1996. The militants then virtually entered the city without any difficulty, where rumors were already spreading that the Kremlin was going to surrender both Grozny and all of Chechnya in exchange for the so-called “security in the Caucasus”. In principle, over time, these rumors were confirmed ...

After the militants entered Grozny, the military situation in the city, according to the participants in those same hostilities, began to resemble the “Olivier” salad. The reason for this apt definition is that the groups of federal troops and the dispersed groups of extremists mixed up in such a way that there was no need to talk about the observance of certain dispositional plans. In such conditions, numerous representatives of the command from the Ministry of Internal Affairs and the Ministry of Defense turned out to be actually blocked in the central part of Grozny. People with big stars got into the ring, which shrank with amazing speed. Together with the officers in the special Grozny Coordination Center of the Federal Forces there were also journalists from various TV companies and news agencies.

The situation was complicated by the fact that it was not possible to bring large forces to the Coordination Center for the simple reason that the militants put up fierce resistance, taking up key positions in the area. In such conditions, an assault group led by Alexey Efentiev came forward to help people in the ring of fire. By that time, most of the Chechen militants knew very well who Gurza was and what the threat to them was his unit (at that time Alexei Efentiev was the commander of the reconnaissance company of one of the most combat-capable 1 brigades - 166 th motorized rifle brigade). The militants called the intelligence unit “mad” for the reason that the Efentyev fighters and he himself were ready to rush into battle even when they were opposed by several times the superior enemy, and, most importantly, they won the bout. 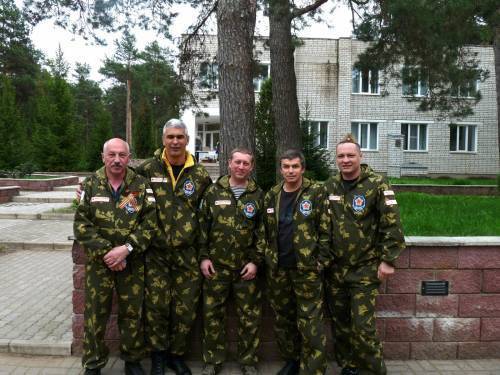 In the photo - Alexey Efentiev (second from right) with his friends

Won and this time, unblocking the Coordination Center, and releasing a large number of hostages (there are still no exact data on the number of people taken out of the ring, but it is known that the Gyurza unit released several dozen journalists). The lightning speed of the operation and its largely positive outcome were the reasons for introducing Alexey Efentyev to the title of Hero of the Russian Federation. Hot support for such a decision commanders "Gurzy", as it turned out, expressed and many released, including through the media. But the show was lost in the endless corridors and dark margins of the imperious buildings. Yes, it was so lost that even the next three attempts to represent Alexey Viktorovich for the title of Hero of Russia (not only for breaking the blockade of the Coordination Center in Grozny, but also for the storming of Bamut, a unique operation of a hot meeting of militants in their own lair covered with green) mountains) did not have success.

So for what reason did the Gold Star not be given to Alexey Efentiev then? There are several versions to this effect. Imagine here one of them. According to it, the plans of the official command of the federal troops, which (the federal troops) in 1996, began to develop their military success in Chechnya, did not include coverage of events on the blockade of high-ranking military personnel in the Coordination Center. It was not included, because then it would be necessary to explain how militant groups could reach this center in a fairly short time and take it into a fist. After all, the explanations in this case would be reduced to the fact that the people in the center actually passed, relying on future agreements with the militants, and these agreements, as practice later showed, turned out to be (at least on the part of Maskhadovtsy) nothing more than a piece of paper. And so - before the Russian leaders already loomed the famous "Khasavyurt world", which later entered into history Russia as one of the darkest and, what is really there to conceal, shameful pages.

Apparently, attempts to “wash out” their costumes and uniforms by the then top leaders of the state turned out to be above the recognition of the merits of the Russian officer. The “big wash” was, undoubtedly, more important than “some sort of” Russian officers who risked their lives, saving the lives of other people. And here, you understand, also the inauguration of President Yeltsin, who entered for a second term after the elections, the results of which were far from being so unequivocal, as the official statistics of the CEC testifies. In general, there is a Golden Star of Gurze, when those in power needed to save their own "stars" first of all ...

Well, yes, well - that was, as they say, a completely different era. Since then, much water has flowed, the country's leadership has completely changed. Officer Efentiev became more than a successful landowner, embarking on a revival of a collapsed state farm in the Voronezh region together with his former colleagues (if the word “former” is appropriate here). By the way, a real person, he is real everywhere - even in battle, even while cultivating the land and growing bread: from the moment a retired lieutenant colonel came to the above-mentioned state farm, this agricultural enterprise (with the new name OOO Don) turned into a developed farm supplying agricultural products to consumer tables are not only Voronezh region. Residents of the village of Bogdanovo, Ramonsky District, in which OOO Donskoye is located, call it a “special purpose village”, referring to those combat guys who actually restored the economy from scratch. Restored by officers: with discipline, with a ban on the “shackle at work”, with sports grounds built with their own money, a restored medical center. 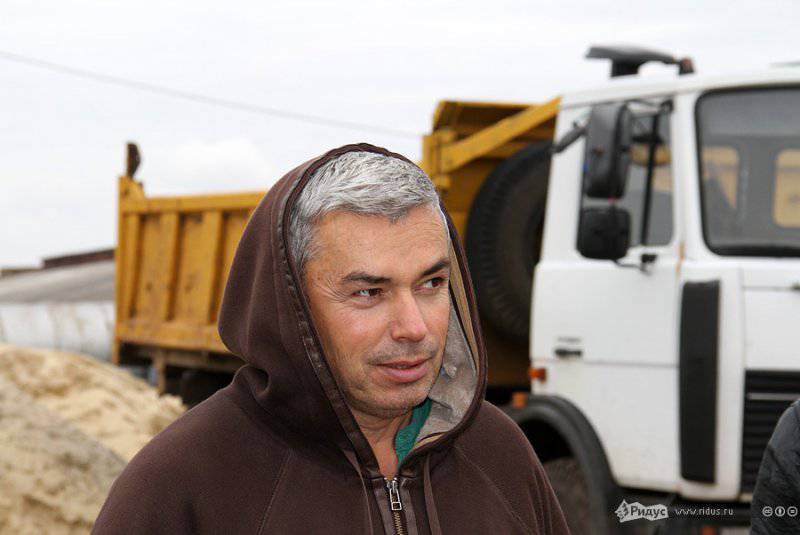 So much water has flowed under the bridge, and the hero with the unassigned title of the hero, without any doubt, the hero Efentiev is still there ... What prevents the current authorities to raise the personal file of the combat Russian officer and examine it in detail, which prevents to take into account the opinion of Gyurza’s comrades and those people whom he and his fighting friends were taken out of the hell alive and unharmed? Is there such interference? I would like to know in which particular offices such bipedal “hindrances” are sitting today, so that justice would be restored.

We congratulate Alexei Viktorovich on the 50 anniversary, and we hope that he will celebrate the next day of his birth in his uniform, on which the Golden Star will be attached by hands of the authorities as evidence of the recognition of this heroic person.