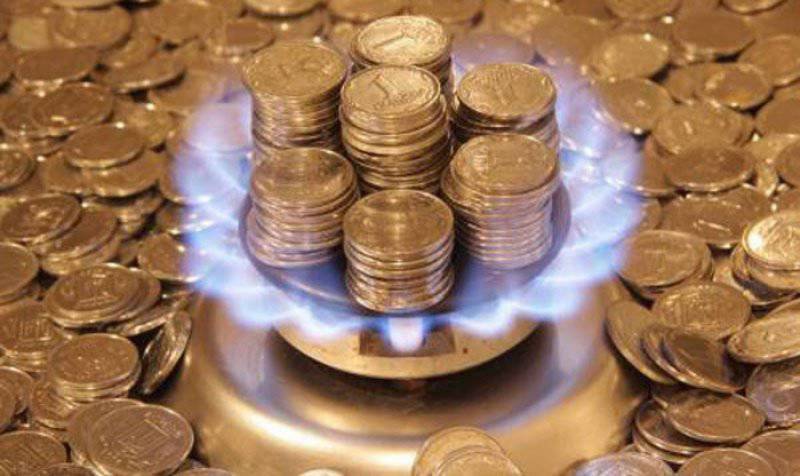 Any country in the world is interested in taking measures to protect its energy security. Over time, dependence on Russian energy carriers has become an increasingly serious problem for Kiev. The constantly growing conflict between the Russian gas supplier and Naftagaz leads to the fact that Kiev is actively looking for other external sources of gas supplies to Ukrainian consumers. First and foremost, the Ukrainian authorities turned to their European neighbors for help.

I must say that Europe is not as strong as Ukraine depends on the supply of Russian gas. Gas comes to Europe in several main areas: from Russia, from North Africa (Algeria), from Central Asia, Turkey, Iraq and Azerbaijan via the Trans-Caspian channel. In addition, European countries themselves are making desperate attempts to relieve dependence on Russian OAO Gazprom.

In Europe, there is also its own “gas vein” - it is located in Norway. Together with Qatar, Norway has become the main supplier of gas to European countries, and every year Norway and Qatar are increasing their production of blue fuel. The supply of Norwegian gas is beneficial to Europeans, since gas is directly transited to consumers without intermediaries, while Russia is forced to use the Ukrainian gas transmission system. Some of the urgency of this problem for Russia was removed by the Nord Stream project, which made it possible to directly supply Russian gas to the EU countries. The receiving terminal is located in Lubmin (Germany), from where blue fuel enters the UK, Denmark, France, Belgium, the Netherlands and other countries. The construction of the South Stream gas pipeline is also underway.

Ukraine is well aware of the fact that Russia is taking concrete measures to supply gas without using Ukrainian and Belarusian gas transportation systems.

In this situation, one should not be surprised that Kiev has asked Poland and Hungary to reverse gas fuel to Ukraine. But the very first supplies showed that European gas turned out to be significantly more expensive than the Russian gas supplied under the contract with OAO Gazprom. Perhaps it is for this reason that it is very difficult to negotiate the supply of gas to Ukraine from Slovakia, the delivery of gas from Poland is suspended, and from Hungary it is halved. So, the attempt of Kiev due to reverse deliveries to reduce the volume of purchases of fuel from Gazprom failed. These events showed that the accusation of the Ukrainian authorities of overstating the Russian supplier of gas selling prices for Ukrainian consumers turned out to be untenable. The leading expert of the Union of Oil Industrialists of Russia R. Tankayev believes that with the reverse supply a significant increase in the cost of gas was due to the high cost of transporting the fuel, therefore reverse supplies became unprofitable for Ukraine. Yes, and from a technical point of view, the implementation of reverse supplies will require changes in the technological chain and reorientation of the direction in the operation of compressors: so that gas can go in the opposite direction. But in this case it will be impossible to supply Russian gas to Europe through the gas transmission system of Ukraine. And it is unlikely that the European Union will be delighted by this prospect.

But not only the price of gas in the reverse supply was the reason for Ukraine’s rejection of its project. The fact is that the contracts signed by Europeans with OAO Gazprom do not provide for reverse. And the Europeans do not want to violate the agreements with the Russian partner: energy security is a priority task of each country. In particular, with regard to Slovakia: Gazprom has already reserved and paid for the operation of the Slovak gas transmission system.

Kiev leaves no hope of achieving Russia's concession on the issue of gas prices in connection with Ukraine’s planned association with the EU. But according to the director of the National Energy Security Fund, K. Simonov, these expectations were not destined to be fulfilled: Brussels, no doubt, will adhere to a neutral position on this issue.

Despite the fact that the Prime Minister of Ukraine N. Azarov considers the cost of buying Russian gas by Ukraine to be too high, according to the terms of the already concluded contracts, Kiev cannot unilaterally withdraw from the agreements. In case of violation of the terms of the signed gas contracts by the Ukrainian side, OAO Gazprom has the right to impose sanctions on Naftagaz.

But the current situation for Ukraine with gas fuel is far from a dead end. The fact is that, it turns out, Ukraine has vast reserves of its hydrocarbon raw materials, gas and oil. Professor of the Ukrainian Oil and Gas Academy R. Yaremchuk is sure that the available reserves in Ukraine significantly exceed those of Russia. The scientist states: “They (stocks) are placed differently. In the western part - about a third of them, then the Dnieper-Donets Basin, then the South and the Black Sea. ” This conclusion he made on the basis of the Ukrainian-German studies. Scientists have proposed a new technology for gas production from gas hydrates. The essence of the method is the displacement of methane from gas-hydrate layers by carbon dioxide. This method is environmentally friendly, because it does not create the greenhouse effect. The developers are confident that if the Ukrainian government is able to attract investors to the implementation of such a project, then industrial gas can be obtained in a few years. The scientists' conclusion: “In terms of methane, the reserves of gas hydrates of the Black Sea, if we take the entire basin, are estimated at an average of 50 trillion. cubic meters. If for a unit of measurement we take the annual production of Ukraine (which is approximately 20 billion cubic meters), then 50 trillion. give gas reserves for several hundred, maybe thousands, years. Most of these deposits lie in the economic zone of Ukraine. ”

So far, the problem with the implementation of these plans is the bad Ukrainian investment policy and tax legislation. But foreign investors are still interested in Ukrainian raw materials. This is evidenced by the fact that the US corporation Total has signed an agreement with Eurogas on the assessment of reserves of shale gas deposits in Western Ukraine.

Undoubtedly, if Ukraine can start producing its own gas, then, according to a number of experts, in a few years it will be able to become a leader among blue fuel producers in Europe.

Ctrl Enter
Noticed a mistake Highlight text and press. Ctrl + Enter
We are
Migrants go north. The specifics of the migration situation in ScandinaviaThe past, present and future of the Russian energy strategy ("Stratfor", USA)
135 comments
Information
Dear reader, to leave comments on the publication, you must to register.