Mines on the field of our history 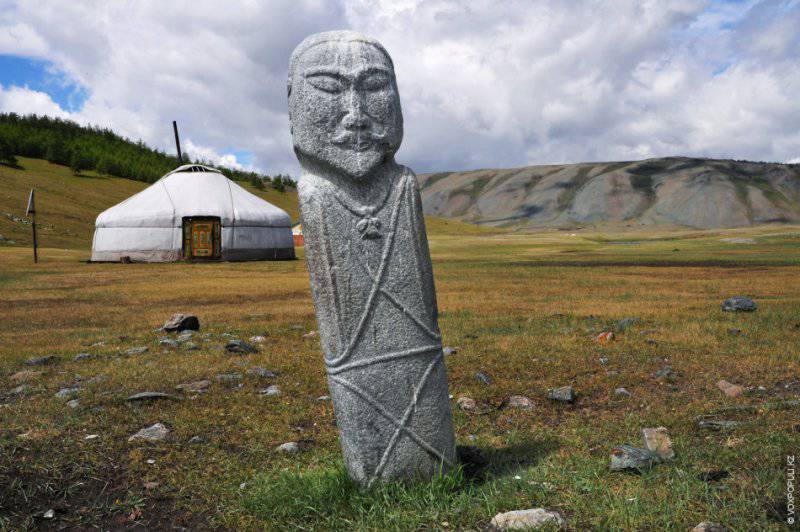 Lately история It turned out to be the focus of state policy not only in Kazakhstan, but also in neighboring Russia. Thus, President Vladimir Putin proposed the creation of a single history textbook in order to remove acute problems in historical science. This aspiration of the Russian president is quite understandable, because chaos in history, in the assessment of certain events, is able to influence the state ideology. For Russia, as for Kazakhstan, the issue of state ideology today plays a key role.

The question is about ensuring relative order in the country's historical ideology. In the case of Russia, this is probably the most important problem, because Moscow is clearly striving for internal consolidation in the face of external challenges. Here it is possible to argue how such a position is justified in modern conditions, but nonetheless it is a fact. And for internal consolidation the most logical way is to rely on the history of the Russian state.

For Kazakhstan, the task of ideology and history is also acutely on the agenda. Although it is natural that our problems are different from Russian ones. However, the question of some degree of ideological consolidation is also on the agenda. Paradoxically, this task arose after the start of integration processes with Russia. Because Kazakhstan is faced with the problem of how not to lose yourself in big Russia. And not only politically, but, perhaps more importantly, ideologically. If Russia consolidates its history, then this cannot but hurt the history of Kazakhstan, and therefore its interests, if only because in the last several hundred years they have been closely connected with each other.

Characterized by the difference in approaches to solving historical problems in Russia and Kazakhstan. Our government agencies seek to expand knowledge, send expeditions to foreign archives. While in Russia this is not necessary. Therefore, Russian historians are talking about the interpretation of controversial issues. In history, as an integral part of ideology, interpretation is more important than historical fact. For example, on August 20, at a meeting of the working group of the Russian Historical Society, Director of the Institute of Universal History Vladimir Chubaryan noted that one of the difficult topics is national-regional issues. According to him, it is not at all "easier than the history of Soviet society", because it is necessary to decide how to describe in the textbooks "the accession of national regions to Russia."

In Kazakhstan, the relevant ministries have so far focused on finding the facts. Because interpretation is a much more complex and demanding task.

When in Russia they discussed Putin’s assignment to create a single history textbook, local historians first of all counted around 30 controversial points that needed interpretation. Moreover, these facts are well known to all and well developed in historical science. Around this is a discussion. And this is absolutely the right approach, because it is necessary to proceed from the existing problems.

In Kazakhstan, the difficulty lies not in the lack of relevant factual historical information. It is hardly possible to find something fundamentally new in foreign archives. The problem is that, unlike Russia, we do not have a thorough study of problem points at the level of high-quality historical monographs. There are some works, but they are very few. Such works should be the basis for further interpretation. Although the interpretation is still necessary, in fact, it is the whole point in the case of the emergence of state interest in history and ideology.

Therefore, it is best to begin with the definition of the problematic moments of our history. At the very first approximation, we can count in our history at least 20 of such problematic situations, about which today there are no definite answers.

First A difficult situation is connected with the question of the origin of statehood. This is a very subtle and difficult problem. On the one hand, we have classical information about the time of the formation of the Kazakh Khanate in the 1460s. It is associated with the famous migrations of Janibek and Giray from the so-called state of the nomadic Uzbeks of Khan Abulkhair to Mogulistan. On the other hand, the Chingisids, Janibek and Girey, did not emerge from airless space. They were the sons of Khan Barak, who was one of the last common khans of the Ulus Juchi, or the Golden Horde, until Abulkhair usurped power. Barak, in turn, was the grandson of Urus-Khan, the head of the left wing of the Juchi Ulus, located on the territory of modern Kazakhstan since the XIII century.

The second controversial situation due to the origin of the ethnic group. Did the Kazakhs appear as an ethnic group at the time of the formation of the Kazakh Khanate? Or was the ethnos formed a little earlier and the Khanate was the result of its struggle for self-determination? How did the formation of ethnos in its current form? How is the Kazakh ethnos associated with the Kipchaks and other Turkic tribes of the pre-Mongol era? What does he have to do with the Mongols? How can one characterize his connection with other related ethnic groups - nomadic Uzbeks, Mogul, Nogai?

The third The controversial situation is connected with the origin of the zhuz, a very specific organization for a nomadic society, typical only for the Kazakhs.

You can also simply list at least a dozen and a half complex topics.

Fourth - The problem of the relations of the Kazakhs, Nogai and Mughal in the XVI century.

Fifth - The role of Chingizids in the history of Kazakh society.

Sixth - The relation of the Kazakh history to the Mongolian period.

Seventh - political relations of the nomadic and sedentary population in history, in the case of the Kazakh history it is Russia, Central Asia and China.

Eighth - circumstances of joining Russia: voluntary or not.

The ninth - attitude to the policy of the Russian Empire: civilizing mission or colonial conquests.

Tenth - attitude to the anti-Russian uprisings among the Kazakhs. Fight for freedom against colonization or protest against modernization associated with the civilizing mission of the Russian Empire.

Eleventh - attitude to the policy on the seizure of land from the nomadic Kazakhs in favor of Russian and Ukrainian peasant migrants.

The Twelfth - attitude to administrative reforms in the Kazakh steppe of the second half of the XIX century. Conservation of public relations, or the first experience of local government.

Thirteenth - circumstances of the uprising 1916 year.

Fourteenth - civil war, the movement “Alash” and the communists, the attitude of the Kazakh population.

Sixteenth - attitude to the problem and circumstances of famine and mass death among the Kazakh population 1932 – 1933, whether it was organized or not.

Seventeenth - attitude to the policy of repression in the former USSR.

The eighteenth - attitude to the factor Mustafa Chokayev.

Nineteenth - attitude to the policy of industrialization in the Kazakh SSR.

It is clear that this is only the most general approximation. At the same time, moments from recent history, starting with the December 1986 events of the year, are not affected. But it is obvious that, theoretically, it is from the interpretation of the well-known information on these topical issues that it is necessary to begin the process of studying history from an ideological point of view.

Ctrl Enter
Noticed oshЫbku Highlight text and press. Ctrl + Enter
We are
A great interview with Sergey Lavrov: about Ukraine, Obama and IranInterview of V. Putin to Channel One and the Associated Press Agency
33 comments
Information
Dear reader, to leave comments on the publication, you must to register.