The weapon of the century. Air defense - missile defense, the best missile and air defense systems 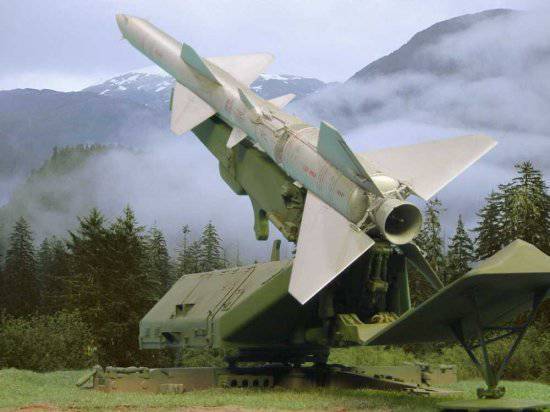 John McCain, the loser of past US presidential elections to Barack Obama, is known as an active critic of Russian foreign and domestic politics. It is likely that one of the explanations for such an intransigent position of the senator lies in the achievements of the Soviet designers half a century ago. October 23 The 1967 of the year during the bombing of Hanoi was shot down by a young pilot’s plane, descended from the family of hereditary admirals John McCain. His "Phantom" got anti-aircraft guided missile complex C-75. The Soviet air-defense sword had already brought a lot of trouble to the Americans and their allies. The first "attempt at writing" took place in China in 1959, when the local air defense with the help of "Soviet comrades" interrupted the flight of a Taiwanese high-altitude reconnaissance aircraft based on the British bomber Canberra. Hopefully, the more progressive air reconnaissance aircraft - Lockheed U-2 - would not be too tough for the red air defense, it also failed to come true. One of them was shot down with the help of C-75 over the Urals in the 1961 year, and the other - a year later over Cuba. On account of the legendary anti-aircraft missile, created in the ICT Torch, many other targets were hit in various conflicts from the Far and Middle East to the Caribbean, and the C-75 complex itself was destined to long life in various modifications. It is safe to say that this air defense system gained fame as the most common of all air defense systems of this type in the world. 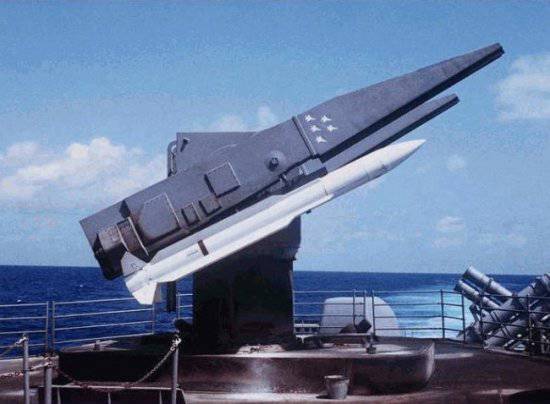 The main element of this naval multipurpose combat information and control system is the AN / SPY radar with four planar phased arrays of 4MW power. The Aegis are armed with SM-2 and SM-3 missiles (the latter with the possibility of intercepting ballistic missiles) with a kinetic or fragmentation warhead. The SM-3 is constantly being modified, and the Block IIA model has already been declared, which will be capable of intercepting ICBMs. The 21 February 2008 of the SM-3 rocket was launched from the Lake Erie cruiser in the Pacific and hit an emergency reconnaissance satellite USA-247 at 193 km / h at an altitude of 27300 kilometers. 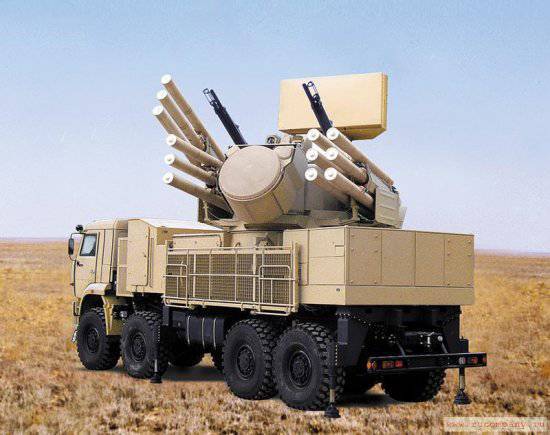 The complex is designed for short-range protection of civilian and military targets (including long-range air defense systems) from all modern and prospective means of air attack. It can also protect the defended object against ground and surface threats. Air targets include all targets with a minimum reflective surface at speeds up to 1000 m / s, maximum range 20000 and height to 15000 m, including helicopters, unmanned aerial vehicles, cruise missiles and high-precision bombs. 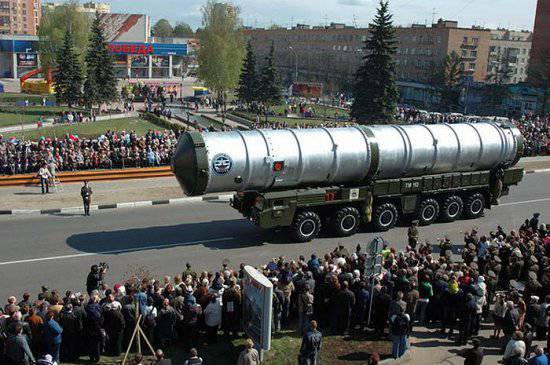 The second generation (A-135) of the anti-rocket 51Т6 (“Azov”), which was part of the missile defense system around Moscow, was developed in the ICD Torch in 1971 – 1990. Its tasks included the over-atmospheric interception of enemy warheads using a counter nuclear explosion. Serial production and deployment of "Azov" was carried out already in 1990-x, after the collapse of the USSR. Currently, the rocket is decommissioned. 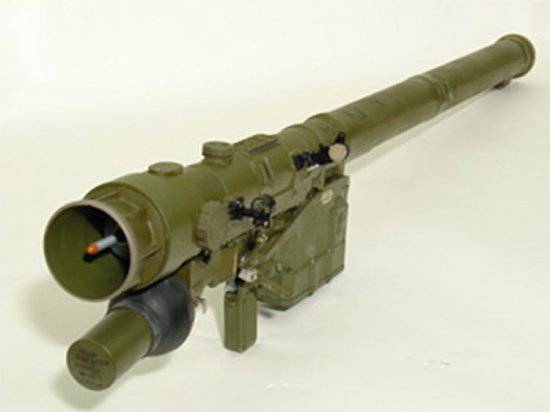 According to many experts, the Russian anti-aircraft complex, designed to hit low-flying air targets of various types in conditions of natural (background) and artificial thermal interference, surpasses all the existing analogues in the world. 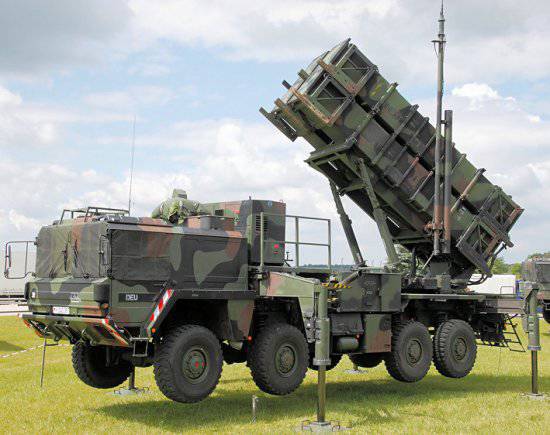 The Patriot PAC-1990 air defense system, created in 3, is designed to combat missiles with a range of up to 1000 km. During the test 15 March 1999, a direct hit was destroyed target missile, which was the 2-th and 3-th stage ICBM "Minuteman-2". After abandoning the idea of ​​the Third Positioning Area of ​​the US Strategic Missile Defense System in Europe, the Patriot PAC-3 batteries are located in Eastern Europe. 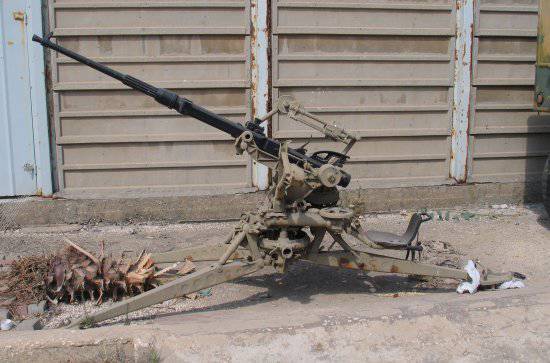 History The Oerlikon automatic 20-mm anti-aircraft gun, also known as the “Becker’s gun”, is the story of one extremely successful design that has spread all over the world and is used to this day, despite the fact that the first sample of this weapons was created by German designer Reinhold Becker during the First World War. High rate of fire was achieved due to the original mechanism, in which the shock ignition of the capsule was carried out before the end of the milling of the cartridge. Due to the fact that the rights to the German invention passed to the SEMAG company from neutral Switzerland, both the Axis countries and the allies in the anti-Hitler coalition produced their own versions of the “erlikon” during the Second World War. 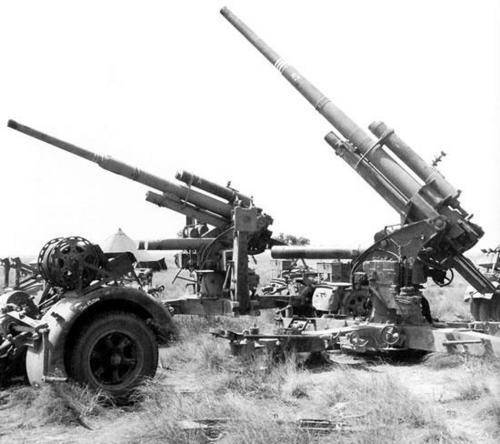 One of the best anti-aircraft guns in history, better known as the Eight-Eight, was in service from 1933 to 1945. It turned out to be so successful that it laid the foundation for a whole family of artillery systems, including anti-tank and field systems. In addition, the anti-aircraft gun served as a prototype for the guns. tank "Tiger". 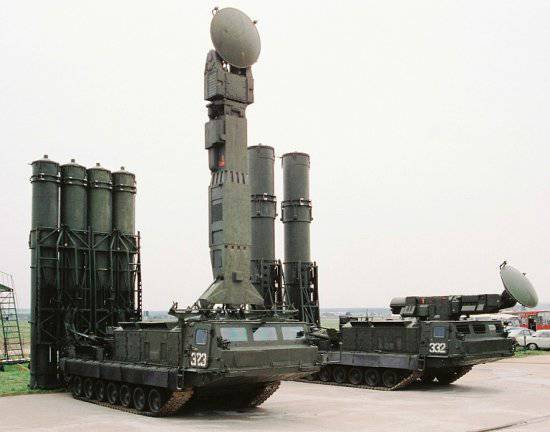 Mobile universal anti-missile and anti-aircraft system C-300ВМ "Antey-2500" refers to a new generation of anti-missile and anti-aircraft defense systems (PRO-PSO). "Antey-2500" is the world's only universal missile defense and air defense system capable of effectively fighting both ballistic missiles with launch ranges up to 2500 km, and all types of aerodynamic and aeroballistic targets. The Antey-2500 system can simultaneously fire 24 aerodynamic targets, including subtle objects, or 16 ballistic missiles flying at speeds up to 4500 m / s.