Why can the US print as many dollars as necessary 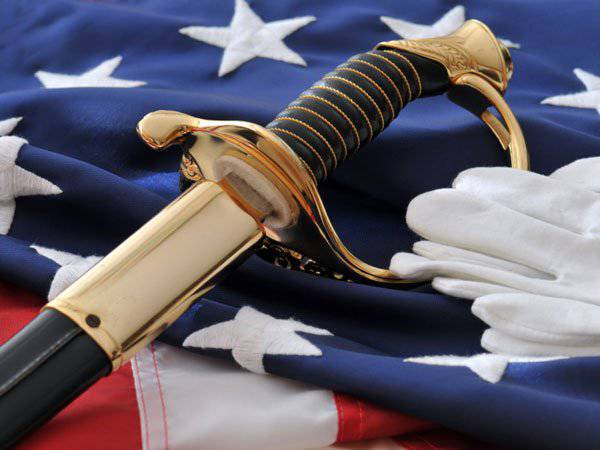 In many countries, the popular "conspiracy theory", according to which the Americans control al-Qaeda, the leaders of terrorist organizations are CIA agents, the United States themselves blew up twin towers. Of course, this is nonsense. In reality, there is a system of managed conflicts - a technology that appeared in the 18-19 centuries and is actively used by the USA today. Of course, the United States does not control al-Qaeda, they do not have this direct opportunity. But they can control it from the outside, controlling the international security system. It is necessary only in time to redistribute forces - to strengthen the security system in some areas and weaken in others - as terrorists will find and implement this window of opportunity. At the same time, there are no direct instructions and instructions, and there can not be - there is no control system, but the ability to control is. This technology is not new.

Analyze news a tape about the events in Syria. We see a coalition of field commanders forming "rebel forces", mainly of a Sunni orientation. They are extremely heterogeneous and funded by the surrounding Sunni powers - Qatar and Saudi Arabia, and are also supported by Sunni Turkey and Jordan, which provide organizational support. All these countries have united against the Alavite ruling elite of Syria as against an ally of Shiite Iran. What is the US behavior in this situation? The United States is playing a difficult and not very clear game from outside, declaring some opposition groups as representatives of the people who rebelled against tyranny, others as “al-Qaeda cells” trying to use popular outrage for extremist and terrorist purposes. One comes help, up to weapons, the commanders of others are listed as targets for American UAVs in the region. There is no doubt that the US can easily put pressure on its vassals in the region - Qatar and Saudi Arabia - in order to cut off funding by one and support the commanders they want. Thus, the US can control the armed opposition to Bashar Assad, even if all of it is completely anti-American.

A good analogy of this kind of indirect control is the explosions. It is impossible to directly control the explosions, but by metering the fuel supply and leaving the outlet for expanding gases, you can create a rocket engine.

The struggle between the USSR and Britain over where to direct Hitler's aggression (west or east) is a classic example of unsuccessful attempts at external control of an uncontrollable force. The British Empire actively used this technology in the 18th and 19th centuries. Especially during the heyday, when the British controlled 25% of the globe, with an army of one hundred and fifty thousand people. Britain exercised this control by building complex structures of a balance of conflicting interests. For example, a state was created that included conflicting groups for a long time. The situation was controlled by providing support to one side or the other. The legacy of these old conflicts is the modern map of the Near and Middle East, especially states such as Iraq, Pakistan, Syria and Israel with Palestine. (Note that the most stable and independent states of the region - Iran, Egypt, Turkey - exist in their ancient historical borders). From the very beginning, the British created a situation where conflict was inevitable. By weakening or increasing the pressure on one side or the other, they directed this conflict in the right direction. The meaning of the creation of such a state as Iraq is that three forces were united in it at once - Kurds, Sunnis and Shiites, which under no circumstances are able to come to an agreement. This means that Iraq can always be easily governed from the outside through the support of one side or the other. Moreover, by playing the Kurdish card, one can always influence Turkey, and the Sunni-Shiite one - on Saudi Arabia and Iran. At the same time, both in Iraq (before the 1990s) and in Syria, religious minorities are in power, which makes the situation even easier to control from the outside.

The mechanism of global managed conflict is very expensive because it requires a global military presence. But this presence not only provides the ability to manage conflicts, but also provides unique economic opportunities. In particular, the dollar is the world reserve currency largely due to the global military presence and the ability to control the world situation in the power key. It was not by chance that, along with the transfer of US military bases, the actual change of the reserve world currency from the British pound sterling to the US dollar occurred.

Since the beginning of the 2008 crisis, the US Fed has issued 2 trillions of dollars and continues to issue in the amount of $ 85 billion a month “until the situation improves”. It turns out, in fact, that many countries have been building foreign exchange reserves for decades, selling their non-renewable natural resources, wasting human resources and time - and all this Americans can create at the touch of a key on a computer at the Fed. We save these dollars with serious work. And Americans do not even need to earn them - just print. You do not even need to print - the issue occurs in a cashless form. They simply pressed a button - and bought themselves everything they needed - deposits, companies, real estate. At the same time, the rest of the world should not be persuaded to buy dollars - everyone does it with joy. The only way to protect yourself from the influx of the dollar is to buy it (otherwise a weakening dollar will undermine competitiveness). In addition, many countries, such as Japan, Switzerland, Singapore, dream of weakening their currencies, and the only way to do this is to buy dollars. And the military presence is just needed to convince the whole world that the dollar is stable, reliable, and generally the last resort.

Russia is even easier. Two conflict zones - the Caucasus and Central Asia. It is enough for the US to push the activity of the Islamists in these two directions - and Russia will find itself in an extremely difficult situation. So the levers of pressure on Russia are ready.

If we proceed from the concept of managed conflicts, it is clear why the USA willingly supports instability in Eurasia. In each case, the reasons may be different (Afghanistan, Iraq, Egypt, Libya, Syria, etc.), but the result is generally geopolitically beneficial to the United States:

The arc of instability stretches across Eurasia from Morocco to Indonesia and the Philippines;
The United States remains in brilliant isolation from the rising zone of chaos;
The United States has a global electronic intelligence system, Echelon, which has no analogues in the world, allowing it to control world information communications of all kinds;
The US has a “whip” to control this chaos - a network of military bases and fleet drones - “drones”, allowing them to eliminate individual leaders and weaken individual groups;
The United States has a “carrot” - a system of indirect support for extremist Islamist groups (the main shock force of “chaos”) through the dependent regimes of Saudi Arabia and Qatar (it’s hard to believe that there is no connection between Qatar’s activity in the Arab spring and key military US base in the Middle East).
The technology of managed conflicts allows at any moment to undermine or weaken any other currency except the dollar. And since the entire financial world knows about this opportunity, he perceives the dollar in the right way.

Ctrl Enter
Noticed oshЫbku Highlight text and press. Ctrl + Enter
We are
Interview by President Bashar Al-Assad to the Sunday TimesRussian "nationalism" in persons - statements of some famous people of Russia in the XVII-XX centuries
25 comments
Information
Dear reader, to leave comments on the publication, you must to register.