"The Ultimatum of Prince Bandar" 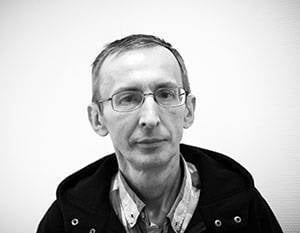 The recent crisis around Syria, when Obama was nearly forced to enter into a military clash with the Russian fleet, showed that the capabilities of Saudi Arabia are enough to organize a local catastrophe.


The words of Saudi Prince Bandar bin Sultan al-Saud, replicated "Reuters", look, to put it mildly, scandalous. Prince Bandar made a statement affecting allied relations with the United States of America, and this is clearly not the point - according to the canons, only the first person can make such a meaningful and meaningful speech. And no one else.

Saudi Arabia, according to Bandar, intends to “radically change” its relationship with the United States. The reason is the unfriendly policy of America in matters directly affecting the national security of the Kingdom. Bahrain was named, the “ineffectiveness” of the US Syrian policy and the traditional Palestinian issue.

Nevertheless, it is quite obvious that it was not these minor misunderstandings that caused such a harsh statement. Iranian-American warming and their successful negotiations are in full view of all - this is the main headache of al-Saud, which has no strength to endure.

The collective security system of the Arabian monarchies has always focused on an external source of power due to the completely objective impossibility of the Arabian “six” to create a self-sufficient military-industrial infrastructure. That is why the Arabian sheikhs and emirs relied first on England and then on the United States, soberly assessing their ability to withstand external threats. Sitting on a huge heap of sand over the bottomless lakes of oil, you should always take into account the opinion of neighbors, who may find it unfair to any gift of Allah to some camel drivers.

Iraq’s occupation of Kuwait only strengthened the Arab monarchs of this suspicion. Do not shorten the United States of Saddam Hussein, he might have already screwed his towers along the entire east coast of Arabia.

The demarche of Prince Bandar, who has not yet been commented on by King Abdullah, looks completely illogical and somewhat hysterical. If only because Saudi Arabia has no adequate replacement for the United States as a defender. Independently, the Arabian monarchs cannot ensure their security - especially in a situation when Bahrain is occupied by the Kingdom at all, and without this occupation, it is quite possible that for two years it would be a republic. Qatar under the new emir of Tamim has managed to radically change its current policy over the past few months and cannot be considered a friendly state for al-Saud.

Finally, the special (as always) position of Oman turns the “six” into a “troika”, which under no circumstances can cope with the entire list of threats that it faces.

However, the statement is made. Made by a man who, on foreign policy and special operations, ate not only a dog, but a herd of camels. Prince Bandar was never a hysterical one, his personal courage and his mind are not disputed by anyone - all this means that he understands the meaning of what was said and speaks with a cool head.

What conclusions from the above can be done? First, most likely, there is a tough confrontation within the Saudi elite on this very important issue. So tough that Prince Bandar makes his statement in defiance of all the canons before the king, putting his opponents within a dynasty in an extremely difficult position.

The second conclusion - Prince Bandar, being a personal friend of the leading US republican families and their political ally, could not make his statement without coordinating it with his American friends. What does it mean - the political struggle within the United States is entering a new, even higher level. Direct connection of Saudi Arabia to it is heavy artillery, without which Republicans can no longer cope with Obama.

The third conclusion is that Saudi Arabia demonstrates its own “red line”, for which it is ready to discard all conventions and rules in relation to anyone, including the United States. The recent crisis around Syria, when Obama was almost forced to enter a military clash with the Russian fleet, showed that the capabilities of Saudi Arabia are enough to organize a local catastrophe. The ears of the Saudi special services too clearly stick out of provocation near Aleppo and in Eastern Gut.

The farther away - the more it looks like the Saudis are behind the latest terrorist attacks in Russia. Or at least their money. About a month ago, according to the unofficial opinion of the Russian special services, quite a lot of money of unknown origin came to the militants, which were converted into a failed terrorist attack in the Kirov region and the explosion of a bus in Volgograd.

However, his main trump card, it seems, Prince Bandar saves for later. Saudi Arabia is able to repeat its move with the oil blockade of the West, which will bring down the economy, which is dying from the crisis - both in Europe and in the USA.

This move was not mentioned, however, a “fundamental revision” of relations with the United States cannot do without undermining the stability of the oil market - you can only bargain from a position of strength, and Bandar’s statement should be viewed only as bargaining that can turn into an ultimatum.

Obama is unlikely to ignore this unprecedented statement by one of the most influential representatives of the al-Saud dynasty. And he also has something to show and answer. But it is already completely different. история.

Ctrl Enter
Noticed oshЫbku Highlight text and press. Ctrl + Enter
We are
"When it is cold in your house"Interview by President Bashar Al-Assad to the Sunday Times
71 comment
Information
Dear reader, to leave comments on the publication, you must to register.