Volgograd was not chosen by chance. Replica of Alexander Prokhanov 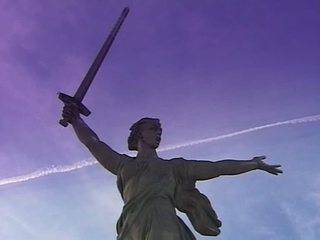 In Volgograd, a woman turned into a bomb entered the bus, blew herself up and killed six passengers, and made four dozen cripples. Typically, theorists and philosophers of terror very accurately choose the time and place of this strike.


The time was the days accompanying the Moscow tragic events in Biryulyovo, when a violent interethnic clash took place around the vegetable base, which stunned the whole of Russia.

At the same time as this clash, words and calls to dismember Russia began to be heard among our liberal trends. Reject its Arctic from Russia, reset the hated Russia by the Caucasus, break Russia along the Ural Range. And now in these splits, in this intellectual and moral confusion, this terrible Volgograd blow was struck. But the city, but the place itself - sacred Stalingrad - on the world map, this city is as important and significant as, for example, Jerusalem with the Temple of the Holy Sepulcher or Medina with the sacred Kaaba stone, because universal victory was won in Stalingrad. Victory is not just military, ideological or economic. There the cosmogony of light and darkness collided. The fate of the world was decided there, where he would move - on the path of a black fascist catastrophe or, nevertheless, he would overcome the great mystical human humanism. And the Soviet people, the Russian people, the Tatars, the peoples of the Caucasus, the Jews, the Kazakhs, the Uzbeks, the Balts united in this battle into one formidable powerful sacrificial battalion. They won this victory by paying for it 30 millions killed. These are the holy martyrs who brought their lives to the altar of this holy-holy celebration.

That is why in Stalingrad, which is a symbol of the union of all forces, all nations, all sacred religions and cultures, this cruel blow was dealt to this center, to this spiritual womb of our world.

What do we do in these conditions? How to be? In these conditions, mobilization is needed, not military, although it is also needed, not organizational, although it is also necessary. Spiritual mobilization is needed. Let the law enforcement agencies, the security forces look for and scour the forests and suburbs of the city, and look for this monstrous terrorist underground. This is their business, this is their concern.

Let the folk traditions, priests, mullahs, rabbis preach good, peacefulness and fraternal tolerance in temples, in mosques and in synagogues. But every single soul, every single person needs to turn to his heart and make sure that there is no despair in the heart, no hate in it, no brutal sensation of blind, dull force that eclipses the light.

It is necessary to understand that it was precisely in this that the terrorists were looking for their final result and finale, in order to dim the human consciousness, so that the beast would wake up again in man, so that monstrous and blind retribution would arise in him again. Do not let these feelings out. Cover this feeling with a great recollection of the Stalingrad victory, because today the battle between good and evil continues in the world. In the world of today, light and darkness are still fighting. And still the battle of Stalingrad. And this battle of Stalingrad goes on in every human heart.

So let everyone, Muslims, Orthodox, Jews, and Buddhists, come to this Stalingrad church, to their own sense of great truth in this Stalingrad temple. And may they in this temple decide their religion of the coming and inevitable victory. Thank you, all the best.

Ctrl Enter
Noticed oshЫbku Highlight text and press. Ctrl + Enter
We are
What you didn't want to know about EnglandRussia: another bout of restalinization? ("Russian service" Voice of America "", USA)
38 comments
Information
Dear reader, to leave comments on the publication, you must to register.