If China decides to seize Siberia, he will have to fight with NATO 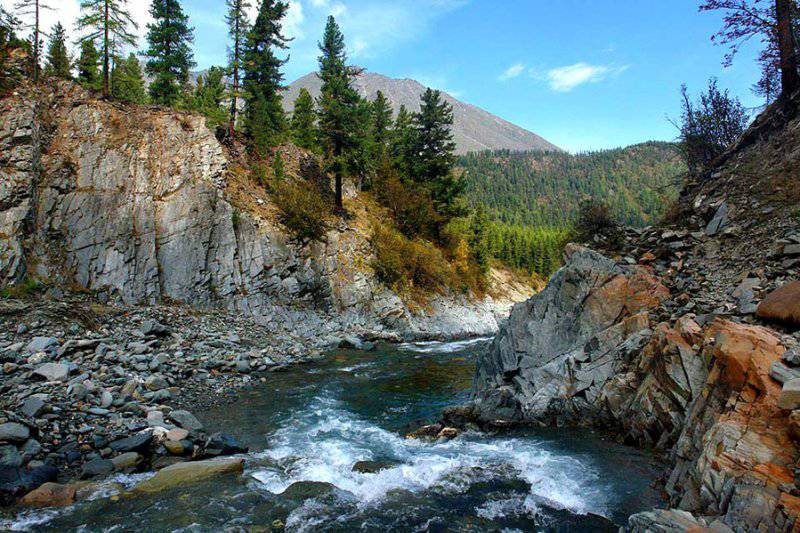 All the riches of the region are already "written off" to the Americans, the expert says


If anyone has not forgotten, we are building a Eurasian Union. This course was set a couple of years ago, while still prime minister, Vladimir Putin. The idea was instantly approved and hotly supported by statists, aroused a certain interest (in any case, judging by the declarations) from the leaders of potential member countries. Of course, there were skeptics, including from the same state-patriotic camp. During the years of stagnation, which have flowed from the years of stagnation, we have somehow decided not to use grand political constructions.

The main skeptic turned out to be modernity itself. Ukraine is about to sign (with maximum probability) the Association Agreement with the European Union and, of course, in this status it will not be able to be a member of the Eurasian Union. But what is it without Ukraine? And if even the Old Man begins to be strange? But he can, and, in general, in some of his last speeches showed that Moscow does not have the right to take the loyalty of Belarus to something taken for granted. In general, Russia's control over its western frontiers is accompanied by increasing reservations.

According to the orientalist Yuri Tavrovsky, which he outlined in his article in Nezavisimaya Gazeta, it’s already not necessary to talk about Russia's political presence to the west of the border. “Having swallowed up the countries of the CMEA and the Warsaw Pact, as well as the Baltic republics of the USSR, the Euro-Atlantic structures at first did not threaten areas inhabited by Russian and Russian-speaking people, carriers in common with the population of Russia itself stories and culture. Now the Rubicon is crossed. The West’s versatile pressure on the Ukrainian elite has led Russia to a new geopolitical catastrophe, to the rapid expansion of the economic, political, cultural, and military patterns of Western European civilization onto the vital space of Russian civilization, ”the researcher states. And there and then complains that Moscow seems to have resigned itself to this situation, since there is no particular zeal on the part of the Russian leadership to restore its influence there.

"But there is every opportunity to compensate for the losses in the form of the development of sparsely populated and poorly included in the economic life of the spaces to the east of the Urals," the author immediately finds a plus in the current situation. Indeed, why not finally turn its attention to the Far East? But only seriously pay attention - as they turned at the time of the catastrophic flood. Now, if the authorities thought about their Far Eastern lands every day and “like scalded” they would create infrastructure on them! Exactly so, and not “from under the lash,” as in the case, for example, with the Vostochny cosmodrome.

One misfortune, the author notes: Putin understands the situation, but he is opposing. The pro-Western oriented elites do not want to revive the Far East, they do not need this uninhabited "hole." An entire department for the development of the Far Eastern territories was created (and how did the USSR manage to manage without it?), But what’s the point ... The liberal approach to budget management doesn’t imply such “stupid” expenses, which, of course, pay off quickly. Market, my dear, nothing personal. “A real or exaggerated lack of funds for the rise of the Far East threatens to dampen the impulse sent by Putin two years ago,” summarizes Yury Tavrovsky. Yes, not that threatens. The impulse is clearly already damped and a new one is required.

And he can come from China. True, unexpected? And what kind of forecast is it possible to give here when it, the Middle Kingdom, with a population of one and a half billion, right next door? And China is not that very interested in the use of Russian resources, but, in general, it already does for many years. Russian resources for Beijing may soon become almost the main source at all, since Washington has repeatedly made it clear that the Chinese administration is not satisfied with the American administration. So, for some economic sanctions matter, if anything, will not rust.

“In Beijing, they consider this threat real and urgent. This is evidenced by the active search for new sources of industrial and agricultural raw materials outside well-developed Africa and the Middle East, as well as the creation of alternative transport routes. It is through this prism that the “New Silk Road” strategy should be considered, the author recalls.

Forecasts are, of course, ungrateful, but only in the case when the layouts are as transparent as possible, it is already difficult to draw a clear line between assumption and statement.

In a conversation with a KM.RU columnist, Konstantin Sokolov, Vice-President of the Academy of Geopolitical Problems, gave a generally optimistic outlook for the future Eurasian Union:

- The question of ousting Russia to the east is, rather, informational and psychological in nature than a real political one. Because now, when some speakers argue that Ukraine is no longer with Russia, that we have lost it, and that we can only retreat to the east, they forget one thing: besides the will of political leaders, there is also the will of the people. And they may not be the same. Yes, now the peoples in Russia and Ukraine are divided - spiritually, kindred, culturally, artificially create a conflict situation - but still all the decisions concerning the demarcation of fraternal peoples can still be implemented only by legislative means, since by the good will of the peoples to be can not. And it must be well understood.

Therefore, of course, it is difficult now to imagine what the actions of political leaders regarding the creation of the Eurasian Union will be, but one can firmly say that the creation of a continental geopolitical power, some continental center, union with Russia’s participation is only a matter of time, it is inevitable. And the fact that now some politicians treat as a loss, as a loss - this is all transitory. I think that the perspective of the idea of ​​the Eurasian Union is certainly great, and changes in the political rules of communication are most likely not viable. No matter how much one wants this, Russians, Belarusians and Ukrainians will never become different nations.

- But, obviously, someone will try very hard to make it happen?

- The modern world is divided into zones of influence of super-oligarchs, world financial clans, leading among themselves the struggle for world domination. Of course, they will generously pay money to the provocateurs, they will, if necessary, provide them weaponswill organize the physical elimination of disagreeable figures. And this global struggle at the world level is privately reflected in specific political moves. And we must be prepared for the fact that there are still quite a few provocateurs in Russia who will carry on clearly subversive work against the interests of the people. As well as there will be such provocateurs from Kazakhstan, from Ukraine ... For this money is paid by those who dream of complete submission to Russia, who want to own everything in our land. But I feel that now we are approaching that line, when these simple truths will already become completely obvious to all.

- One of the “fashionable” fears today is the fear of the possible annexation by China of the now actually abandoned Far Eastern territories ...

- We have to realize one unpleasant thing. About a decade ago, the population in the Far East of Russia was approximately 12,5 million people, and now it is already about 7 million ... As a fact, vast and empty territories are empty. But let's look at things soberly: if suddenly China really wishes to take possession of the current Russian lands, then with whom will it then have to fight? First of all, we will have to fight with NATO, because in fact all the riches of Siberia are already written off to the Americans and their allies. I think that for China the development of the Far East in this light will be extremely difficult. So on this part, I would not panic prematurely, but I would not even calm down. The revival of the Far East, Siberia - the task of fundamental importance.

Ctrl Enter
Noticed oshЫbku Highlight text and press. Ctrl + Enter
We are
A bit about patriotic education in RussiaAstana should become the capital of the Eurasian Union: Nazarbayev’s reply to Putin
92 comments
Information
Dear reader, to leave comments on the publication, you must to register.