October 25 2013
329
In the middle of the last decade, the Ministry of Defense of Kazakhstan appealed to the Israeli defense industry to help in the modernization of artillery. For several years, Israeli companies, primarily Soltam, created three projects of new artillery systems. These were the Naiza MLRS, the Semser 122-mm self-propelled howitzer and the Aybat 120-mm self-propelled mortar. All three types of technology were adopted by the Army of Kazakhstan and are still in use. 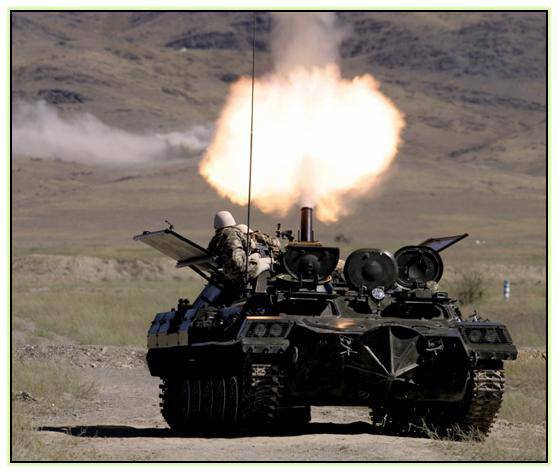 A characteristic feature of all three projects, including the 120-mm self-propelled mortar project, was the minimal participation of the Kazakh defense industry. The development of new artillery systems was almost completely carried out by Israeli specialists, if necessary involving colleagues from Kazakhstan. Similarly, the composition of the equipment and armament of new vehicles was determined: some units of the new artillery systems are of Soviet / Russian origin, and some are produced in Israel. This approach allowed the two countries to complete the project and bring the new artillery systems to mass production and operation.

120-mm self-propelled mortar "Aybat" ("Grozny") was created on the basis of ready-made components and was designed to use the ammunition in stockpiles. So, as the basis for the combat vehicle were selected two chassis, created in the USSR. The possibility of installing an artillery unit on the chassis of an MT-LB tractor or an armored personnel carrier BTR-70 was reported. For several reasons, a mortar on a wheeled chassis is not widespread. Moreover, some sources claim that this version of the Aybat machine did not pass the test, which is why all self-propelled mortars in the troops use the MT-LB armored tractor as a chassis. 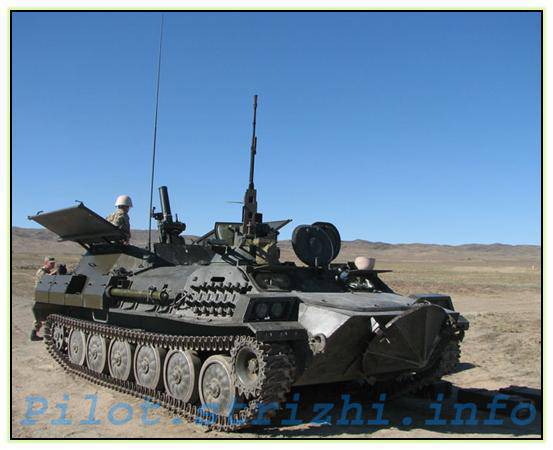 The use of the slightly modified MT-LB chassis allowed the self-propelled mortar to provide good mobility. The maximum speed of the combat vehicle reaches 60 km / h. The armored tractor was considered a convenient base for placing modern equipment and weapons. As a result, all (or almost all) Aibat mortars were built on the basis of a tracked chassis.

Rear cargo volume of the base tractor is given under the fighting compartment. For the convenience of placing weapons and crew on the back of the armored hull of the base machine installed an additional wheelhouse with an opening roof. Before shooting, the hatch doors open and allow firing in any direction. Israeli designers, seeking to provide the greatest opportunities at minimal cost, have chosen the original method of creating an armament complex. The main weapons Aibat machines became slightly modified mortar 2B11 "Sleigh" caliber 120 mm Soviet development. Because of this, the Israeli project can be considered a direct analogue of the Soviet self-propelled mortar "Tundzha-Sani". However, the new mortar "Aibat" has several interesting differences.

In order to increase the characteristics of the base mortar, Soltam employees used in the Aybat project some elements of their previous development, the Cardom mortar system. The combat vehicle for Kazakhstan was fitted with recoil devices and a number of electronic equipment designed for the Cardom complex. Thanks to this, it was possible to provide relatively high combat characteristics, including accuracy and accuracy of fire. In developing the Aibat project, Israeli specialists had to make some adjustments to the design of the elements of the Cardom complex, as well as to modify the 2B11 mortar a little. 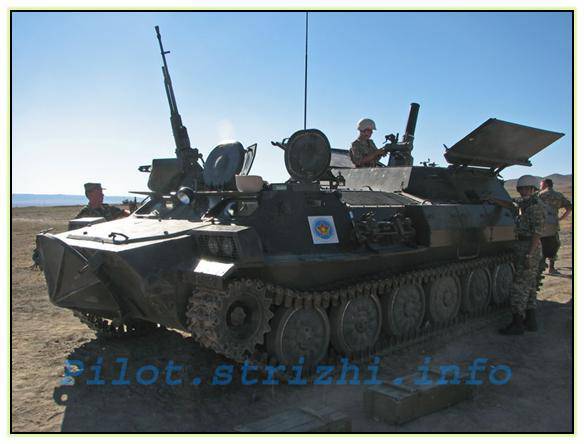 In all photos of the self-propelled mortar "Aibat" there is a nuance that directly speaks about one of the most interesting aspects of the project. On the lower front plate of the body of the combat vehicle there are fastenings for the mortar baseplate. If necessary, the calculation can remove it and use it for its intended purpose. On the sides and on the roof of the hull, the barrel and the elements of the 82-mm mortar gun carriage are mounted in the stowed position. Thus, the “Aibat” combat vehicle carries two mortars at once and can solve assigned tasks using the most convenient of them. For self-defense, the crew of the combat vehicle has a heavy machine gun NSV.

To control the fire of the main 120-mm mortar used a digital system made in Israel. The calculation of the combat vehicle, consisting of four people, can independently guide the weapon using information about the position of the target. If necessary, the Aibat mortar is capable of working with external target designation. It is alleged that the preparation for shooting after arriving at the position takes no more than 30 seconds. The main weapon of a combat vehicle is not equipped with any means of automatic loader, however, an experienced calculation can ensure the rate of fire at the level of 16 shots per minute. 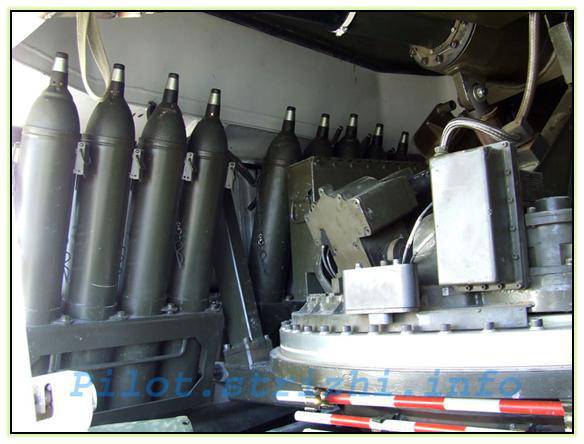 In 2008, the Aibat self-propelled mortar was tested and put into service. In the same year, the Petropavlovsk Heavy Machinery Plant, with the help of specialists from Soltam and IMI, set up mass production of new combat vehicles. For several years, the 560 self-propelled mortars were converted from the available armored tractors. The military department of Kazakhstan positively assessed the Israeli project, created by his order.

However, soon after the mortar was put into service, problems began to appear. Already in the first months of operation, reports appeared that, when firing from an 120-mm mortar, despite the recoil devices, deformation of the bottom of the base machine occurred. The lack of rigidity was corrected by reinforcing the bottom, but as it turned out soon, this was not the most serious problem.

At the end of the last decade, a major corruption scandal began in Kazakhstan. Several high-ranking officials of the Ministry of Defense were involved in illegal schemes. According to some reports, the treaties between Kazakhstan and Israel, concerning the creation of new artillery systems, appeared as a result of illegal processes and bypassing existing legislation. In addition, some sources state that several points were present in the contract with the executing company, due to which the Kazakh side could not independently and without the approval of Israeli industrialists perform any actions related to the production of new artillery systems.

A number of officials were sentenced to prison, but Israeli-made combat vehicles remained in service with the Kazakh army. Despite the ambiguous and dubious origin, the Aibat self-propelled mortar and other types of military equipment remain the newest artillery systems in the land forces of Kazakhstan.

Ctrl Enter
Noticed oshЫbku Highlight text and press. Ctrl + Enter
We are
The result of cooperation between Israel and Kazakhstan: Naiza rocket launcher155-mm self-propelled howitzer XM1203 NLOS-C (Part 1)
329 comments
Information
Dear reader, to leave comments on the publication, you must to register.