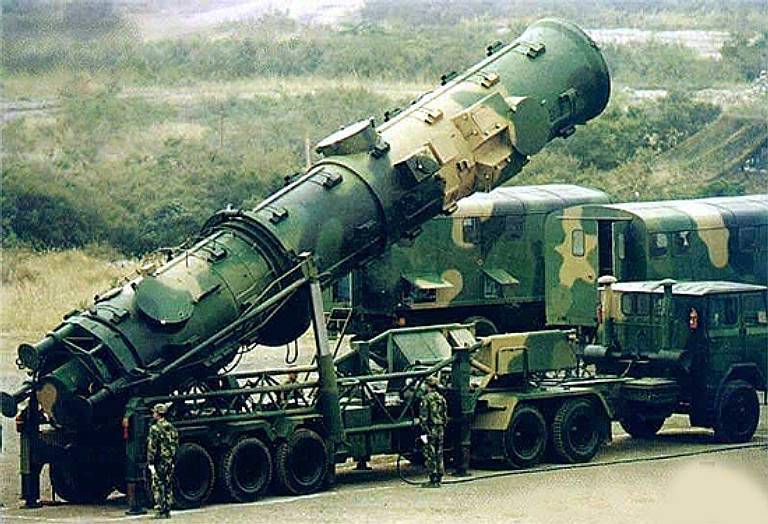 More than ten years ago, the Federation of Scientists of America rated the Chinese missile program very highly, amid, in general, the problematic military industry. At 2010, the Chinese military announced that they had begun testing their most ambitious missile program, the DF-21A, an anti-ship ballistic missile. In 2013, several statements were made that rockets were stationed in small numbers in southern China. DF-21A was created as a “carrier-killer”, aimed at deterring US aircraft carrier groups in the event of a conflict around Taiwan or the disputed territories of the southern China Sea.


China’s decision to use ballistic anti-ship missiles is unusual, given that targeting a missile with a ballistic trajectory on moving ships is much more complicated and requires more sophisticated navigation than cruise missiles. The decision of the People’s Liberation Army of China (PLA) to bet on this type of weaponry (ASBM) reflects the growing self-confidence and the development of the military industry.

Analysts disagree on the implications of the introduction of a new system for the US military. Some, not surprisingly, proclaimed this to be a decisive factor, tipping the balance and threatening US forces in the region. Other analysts believe that there are several options through which you can negate ASBM, creating false goals or aiming at system support and communication. Although both sides express the right arguments, the ASBM should not be considered isolated, but as part of a large process of military modernization and change of the PLA military doctrine.

For millennia, Chinese military strategists have been fascinated by asymmetric approaches to the methods of warfare. China has no illusions about its military unpreparedness for war against the United States and knows that in this position it will stay at least another two decades.

Therefore, the PLA is developing a whole range of asymmetric strategies to contain the United States until their military strength ripens to full-fledged opposition.

Given the US dependence on space and satellite communications to carry out even the most elementary military operations, the PLA has invested significant sums for the development of anti-satellite weapons.

In January, 2007 China launched its first anti-satellite missile, destroying its old satellite in space. In May, 2013, China launched a rocket without a payload on 10 000 kilometers into space, the farthest launch from the middle of 1970's. The absence of a satellite load indicates that the rocket was created as an anti-satellite. weapon.

In addition to its missiles, China also experimented with green and blue laser weapons, which was accompanied by accusations from the US military in launching several laser beams on their satellites. Laser impulses can disrupt the communication of satellites, and, depending on the strength, even destroy them.

The Chinese missile program is also developing steadily and in terms of increasing their accuracy and quickly improving in range. Progress in the rocket project, which was expected in the light of the advancement of the space program of China, is clearly visible in the growing number of launched satellites and the increasing complexity of the program. The lunar program is the next explicit expression of space priority for China.

The asymmetric military strategy of the PLA is not limited to the area of ​​space, but extends to other areas - land, sea, air and cyberspace.

Take, for example, the sea, the Chinese navy is not focused on opposing its own aircraft carrier to the American aircraft carrier, and ship, as some might think, to ship. China is deploying a growing number of offensive submarines armed with conventional and nuclear weapons, and the number of soldiers on submarines is 45% of the total fleet, which is the highest percentage among all large fleets.

In addition to submarines, the Chinese fleet accommodates thousands of land-based, cruise and ballistic missiles. The fleet also develops dozens of secretive fast missile-carrying boats and corvettes, like the Hubei class catamaran. In narrow waters and coastal areas, these vessels can be very effective against large adversaries, especially if they are using bee swarm tactics.

Another area that is turning into a front line for the PLA is cyber war. Since 2000, the Chinese military have discussed the concept of total war or unlimited war, in which the PLA will use asymmetric tactics in all areas of the theater of operations.

China's most popular work on asymmetrical military action was written by two PLA colonels in 1999, which is called “Unlimited War,” or 超限战., Which literally means a war without borders.

Recent cyber attacks and incursions into targets sensitive to the United States and other advanced countries demonstrate the growing power of Chinese cyber weapons.

In recent years, Chinese educational institutions, such as the Academy of Military Sciences, the National Institute of Defense and the Institute of Military Fleet, have devoted considerable time to studying the military campaigns of Western countries.

The Arab-Israeli conflicts, including the second war in Lebanon, provide China with countless examples in which missiles stationed at sea can seriously damage the forward fleet.

Although loyalty to an asymmetric war is not new for the Chinese, this concept is rapidly moving from theory to practice, quickly becoming the dominant approach. Do not assume that the PLA will rely only on asymmetric strategies. In reality, when China reduces the technological gap, many of its strategies will be similar to the generally accepted ones. Given the millennial passion, the asymmetric element is likely to remain the dominant strategy. The United States, by contrast, is looking at an asymmetric war and other nonstandard forms of military action with little interest. The so-called American style of warfare is focused on offensive firepower and neglects defensive elements.

The question is not whether the US will be able to cope with a separate system, but whether they will be able to understand the nature of the asymmetric strategy in all areas of the theater of operations. As Captain Scott Jaspar, who has more than 30 years of experience and specializes in anti-submarine warfare, noted

“The combination of ballistic and cruise missiles in combination with submarines and fast missile-carrying boats can be fatal for an aircraft carrier. A large number of missiles with modern counter-measures against radio interference can negate our most advanced systems, like the Aegis. “

In fact, during the 2006 war of the year against Israel, Hezbollah fired a missile made by Iran, delivered by Iran, according to an Israeli Eliat class corvette, killing four sailors. Corvettes of this class are considered the most advanced ships of their kind in the world.

As long as the United States maintains its military superiority in the foreseeable future, China has opportunities to weaken this advantage. This can have a positive effect on both sides, given that both superpowers will hold one another. China and the United States are becoming increasingly interdependent and share many interests. These beneficial relationships can reduce the risk of conflict. However, it is worth remembering that in both world wars of the previous century, Germany was the main trading partner of Britain.

Author:
Loro Horta, a graduate of the National University of Defense National Liberation Army of China, also graduated from the US Naval Post Graduate School. He is the author of several papers on security issues in Asia.
Originator:
http://yaleglobal.yale.edu/content/dragon%E2%80%99s-spear-china%E2%80%99s-asymmetric-strategy

Ctrl Enter
Noticed oshЫbku Highlight text and press. Ctrl + Enter
We are
85 years of the People’s Liberation Army of China. What came to?Preliminary evaluation of the prototype of the unobtrusive Chinese fighter Chengdu J-XX [J-20]
40 comments
Information
Dear reader, to leave comments on the publication, you must to register.