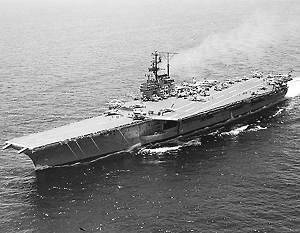 The retired US aircraft carrier Forrestal was sold for scrap for just 1 cents.


The Texas company All Star Metals paid for the ship to the military department 1 cent - taking into account the expected cost of transporting it to the place of disposal, ITAR-TASS reports.

When launched in 1954, the Forrestal was the largest ship in the US Navy and was considered a miracle of technology in America. Its construction cost the treasury about 217 million dollars - that's about 2 billion dollars in today's money.

But in the last 20 years, the first American supercarrier quietly rusted around the dock in Philadelphia, and the military tried unsuccessfully to sell it off their hands, for example, as a floating museum.

"Forrestal" participated in many military campaigns, but probably the most memorable episode in its stories was associated with a series of explosions and a fire aboard it, which occurred in 1967 in the Gulf of Tonkin off the coast of Vietnam as a result of a technical malfunction. Then the 134 of the US military died, 161 was injured. Among the survivors was the current Republican Senator John McCain.

The ship received its name in honor of James Forrestal, the former Secretary of the Navy and First Secretary of Defense of the USA. After the forced retirement in 1949, he fell into depression and committed suicide.

Ctrl Enter
Noticed oshЫbku Highlight text and press. Ctrl + Enter
We are
Sea Shadow - ship invisible for scrapIn the Ivanovo region opened a memorial memorial in honor of the designer of tanks
76 comments
Information
Dear reader, to leave comments on the publication, you must to register.