Military departments are calling to universities 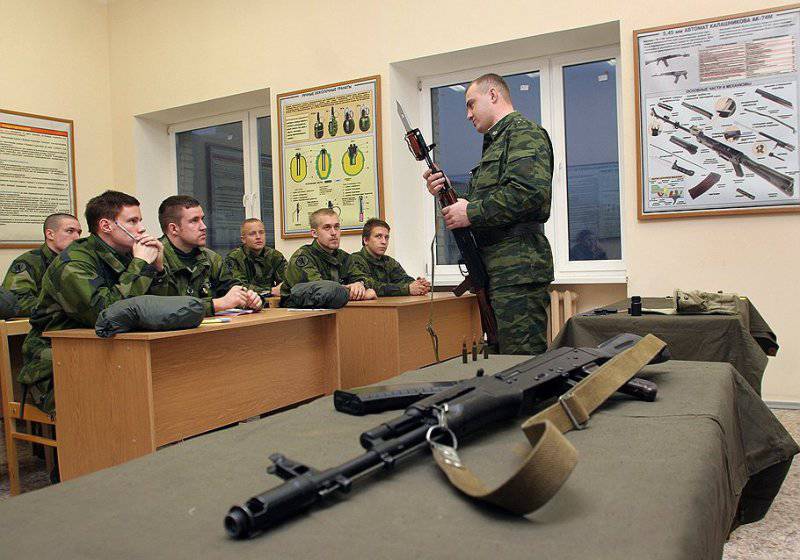 The Russian Union of Rectors (PCP) proposed to drastically increase the number of military departments, which are now open only in 12% of universities. The initiative of the rectors has already been supported by the defense industry, which needs "high-quality personnel to service expensive equipment." However, the Defense Ministry does not see the need to expand the network of military departments: the department plans to form scientific companies from students and graduates.


RSP Secretary General Olga Kashirina said yesterday that Russian rectors consider it necessary to launch a large-scale reform of military education in civilian universities. According to her, now at least 62 of the university from the 19 regions of the Russian Federation would like to open military departments, but the existing legislation does not allow this. “We have been preparing personnel for the defense industry for more than 80 years, we have created a unique system based on close cooperation with companies that are directly interested in this,” Mikhail Gryazev, the rector of Tula State University, explained to Kommersant. engineers and professional officers. Unfortunately, the university has lost it. "

Recall that in Soviet times, military departments were opened everywhere - in 1990, military training was conducted in 86% of universities. Later, the military department sharply reduced their number - from 229 to 72. Sergey Ivanov, who headed the Ministry of Defense in those years, called the majority of the departments "ineffective" and existing only in order "to increase the bribe-carrying capacity of universities."

The PCP proposes to change this system in accordance with the division into bachelor and magistracy. A bachelor who wishes to study at a military department must complete a two-year training course that takes into account his education. After that, he gets the rank of sergeant of the reserve and can be drafted into the army by a specialist - according to Mrs. Kashirina, "with non-karman content." If the student continues his studies at the magistracy, he will go through another year of military training and receive the title of reserve officer.

The idea of ​​rectors has already been supported in the defense industry. “We are in favor of providing the army with qualified sergeants in high-tech specializations,” said Vladimir Gutenev, head of the League of Assistance to Defense Enterprises, State Duma deputy. According to him, both military and civilian specialists complain that after the reduction of military departments, the quality of recruits has greatly decreased. “The army now receives a lot of expensive equipment that there is no one to service,” complained Mr. Gutenev. The head of the Russian Student Union, Artem Khromov, also supports the PCP proposal. "According to the Ministry of Defense, over the past year there were at least 250 thousand dodgers. The military complain that there are no personnel," he said. "The military departments must significantly reduce the number of draft dodgers and interest young people."

In the Ministry of Defense yesterday, the idea of ​​the PCR was rejected. According to a Kommersant source in the military department, the ministry does not plan to increase the number of military departments at universities. “This is quite a difficult job, to which government structures and, in particular, the Ministry of Education and Science should be connected,” the Kommersant source continues. “We have no information about making any decisions in this area.” The ministry is conducting an experiment with "scientific companies", which began to emerge from among the "gifted university graduates" for the first time in this autumn draft. There are already two companies for 35 people - during the service they are engaged in research work, each is assigned a supervisor. "Scientific companies are a good form of involving intellectually advanced youth in the military theme. But it cannot massively resolve the issue of personnel for army service," MP Gutenev said to Kommersant.

Ctrl Enter
Noticed oshЫbku Highlight text and press. Ctrl + Enter
We are
Is the Russian education system reformed blind and deaf?Another Penalty Ministry
33 comments
Information
Dear reader, to leave comments on the publication, you must to register.