October 24 2013
22
In the American Fort Benning in Georgia, a four-day contest took place, where various commercial companies showed the military their military robots, who are able to replenish the ranks of the US Armed Forces. The culmination of the show was the last day when the robots of 4 companies were demonstrated: they fired machine guns using real live ammunition. American companies such as HDT Robotics, iRobot, Northrop Grumman, 5D Robotics, Lockheed Martin and QinetiQ, demonstrated how their robots can maneuver in difficult terrain (including wooded), carry loads and other weights, move autonomously.


"We have been looking at various models of robots for many years now," said Kate Singleton, the head of the Unmanned Systems Group. “Robots live the lives of soldiers, they can perform various tasks, such as surveying improvised explosive devices. Of course, with their use it is necessary to solve a number of complex problems, for example, the question of their mobility. You need robots where you are going to go yourself, so there is a security problem. You need to protect the robot from capture by the enemy or from the capture of the weapons installed on it. ”

Previously, the US military has repeatedly stated that they are looking for opportunities to expand the use of robots and move away from the role of simple tools, as they are used now, to the role of active team members on the modern battlefield. Over the next 20-40 years, android robots will be able to take on the role of executing various tasks - such as controlling various regulators, climbing stairs, opening doors and pioneers in areas dangerous to humans. Over time, the army will be able to get robots that can be sent into battle in a fully autonomous mode for direct physical contact with the enemy. 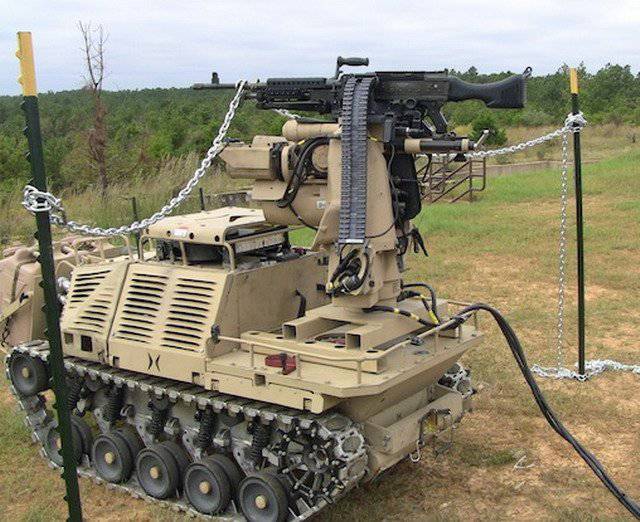 According to Scott Hartley, a senior engineer and co-founder of 5D Robotics, up to the next 10 robots may fall on every American soldier for the next 10 years. All of them will solve many different tasks - from patrolling the area and transporting equipment to escorting and covering soldiers on the battlefield in dangerous situations.

DARPA - The Pentagon's promising research project management has signed a new contract with Boston Dynamics to finalize its four-legged LS3 robot, also widely known as BigDog. The reliability of the robot must be enhanced for its use in the real combat area. It is planned to equip the robot with protection from the impact of small weapons, as well as a silent power supply system that will allow the robot to move without attracting attention. The amount of the additional contract is nearly 10 billion dollars. It is assumed that all work on the new contract will be completed no later than March 31 of 2015.

Such high spending in today's realities, when the US faced serious financial difficulties, is evidence that the Pentagon continues its course of robotization of the American armed forces, which was taken in the middle of the 1990s. By 2020, robots should be up to 30% of the US Army, and this is not about UAVs, whose number is constantly growing, but about various robotized systems for ground forces. The use of robots should cover all areas of the conduct and support of hostilities: reconnaissance, reconnaissance and observation of the terrain, transportation of cargo, sapper functions, suppression of enemy strongholds, etc. In the US, it has already done a lot in this direction; now there are more than 15 thousands of robots in more than 20 of various specialties. 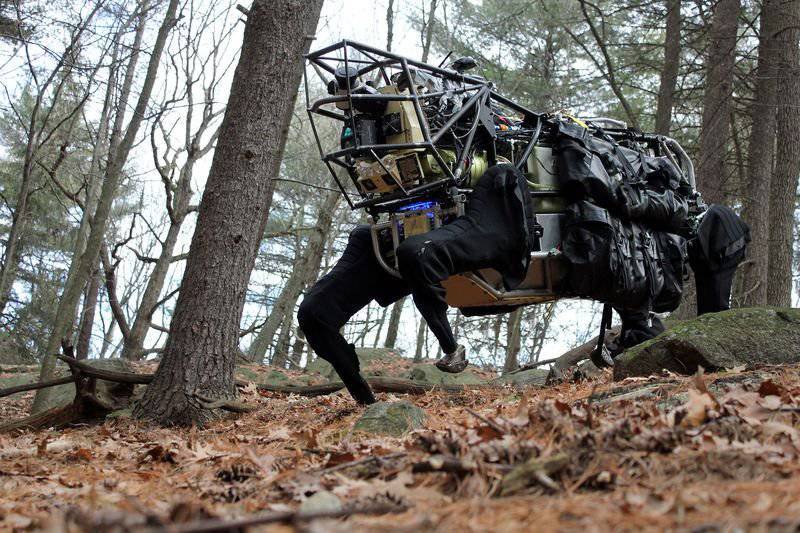 The pioneers in the American army were robotic devices Talon and PackBot from the Boston companies Foster-Miller and iRobot, respectively. PackBot is a tracked robot that is distinguished by its low weight - 18 kg. in a complete set of Scout and fits easily into a new American backpack of ground forces. An electronic compass, a GPS navigation system, and a temperature sensor are built into its chassis. The maximum travel speed is 13 km / h. The robot is not afraid of falling from the height of the 1,8 meter, it can be safely thrown into the windows of the captured buildings to detect the enemy. In this case, the robot will be able to return to the working position, even after landing on its back, due to flippers. The robot is controlled by a controller similar to those used in video games. Its use allows fighters to safely explore dangerous objects or poorly viewed places.

The other similar Talon robot in the basic configuration is equipped with a mechanized arm, as well as video and audio equipment, it weighs about 45 kg and can be carried in a special backpack. A lightweight version of a robot without a hand that weighs 27 kg has also been developed. The robot can move with a maximum speed of 1,8 m / s and has 7 speeds, it can climb stairs, it has good maneuverability (it can even move in snow). You can control the robot at a distance of up to 1000 meters using a special joystick. The robot is equipped with lithium ion batteries that hold a charge for 7 days in standby mode or 8,5 hours of continuous operation at medium speeds.

The robot exists in 4-s of various versions: Regular Talon - equipped with a mechanized arm and sensors for finding and neutralizing explosive devices; Special Operations Talon - with installed audio and video recorders for organizing intelligence operations; Swords Talon - for protection and fire support; Hazmat Talon - with sensors of temperature, radiation, gas and chemical impurities to work in the contaminated area. 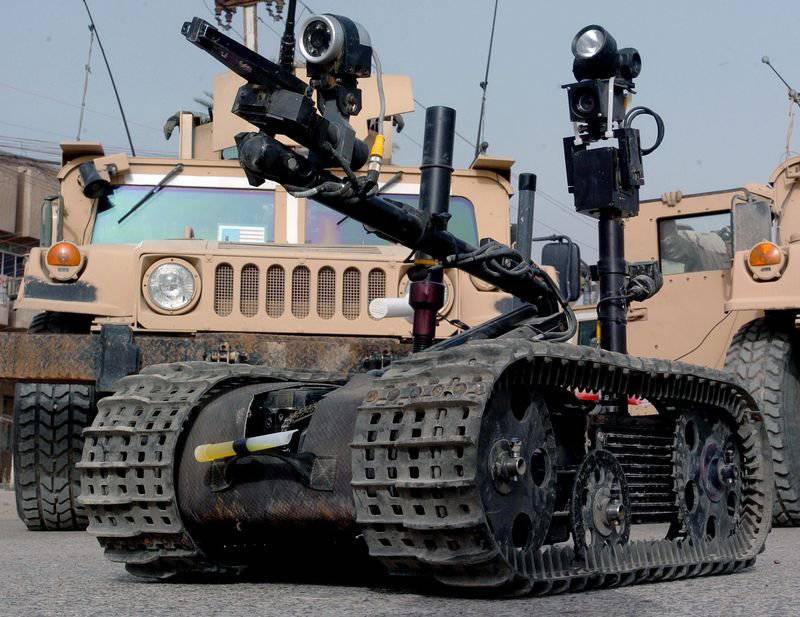 To solve problems that require considerable human power, there is an ACER robot created by Mesa Robotics. Its size is comparable to the tractor. With the help of a large cutter, it can cut off obstacles, use a mechanical arm to remove explosive devices, and also play the role of a tractor for faulty vehicles (it can also cope with a bus). It can also be used as a platform for the installation of various weapons. A mine trawl can be installed on ACER to help eliminate anti-personnel mines. The weight of the robot is about 2 tons, the maximum speed - up to 10 km / h.

One of the largest remotely controlled land vehicles is the Crusher, created by the staff of Carnegie Mellon University on the request of DARPA. The curb weight of the machine is nearly 6 tons, which does not prevent the robot to remain a fairly mobile device and successfully overcome obstacles as high as the 1,2 meter. Its body is made of steel frame (bumpers), titanium (frame), aluminum (most of the details of plating). This unit can overcome several miles using electric batteries, which reduce the noise level when driving. When the charge ends, the diesel engine starts, allowing you to move on, while charging the batteries.

The operator controls the machine as in ordinary video games, but the robot is able to move from point A to point B by itself on the easiest and shortest path. In case of loss of communication with the operator, the robot will try to complete the task, or go back to the pre-designated base. The device is designed to solve tasks that are associated with a high risk for personnel: reconnaissance, fire support, assistance in evacuating the wounded, while it is also good as a carrier of heavy loads. 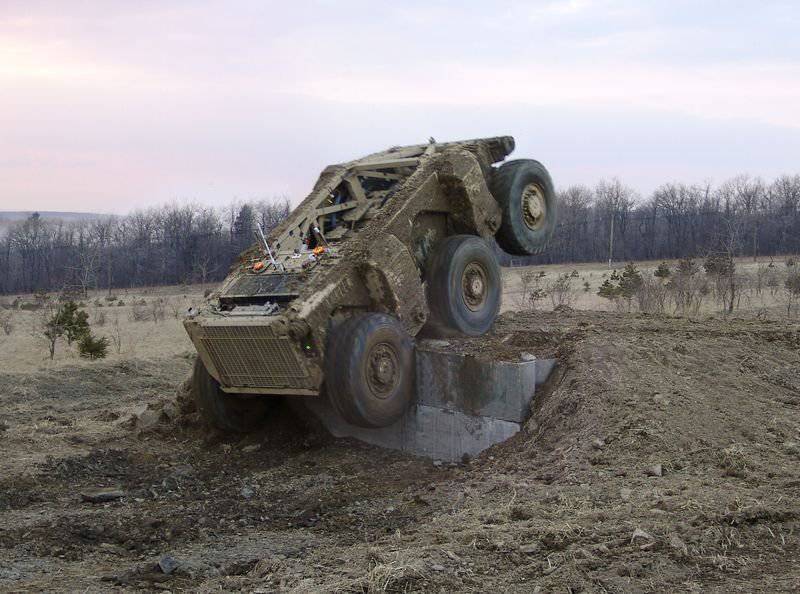 Back in 2005, a four-legged robot with adaptive control BigDog was developed. Outwardly, he looks more like a dog than a dog, but a headless buffalo. The robot is designed to transport goods weighing up to 150 kg over rough terrain, and is able to climb slopes with a gradient of 35 degrees. Speed ​​BigDog - 6,4 km / h. It is assumed that this device will accompany infantrymen in places that are difficult for ordinary wheeled vehicles. To keep balance and to stand on 4 legs, sensors help him (of the total order of 50), as well as a laser gyroscope.

There are more promising and interesting developments in the USA, for example, SquishBot - a prototype of a new-class robot, morpho-robots, which are able to change their rigidity, shape and plasticity of the material in case of software necessity, by command from the operator or under certain conditions. Its development is conducted by the DARPA agency together with Boston Dynamics and the Massachusetts Institute of Technology. The results of this project are not given to the public. 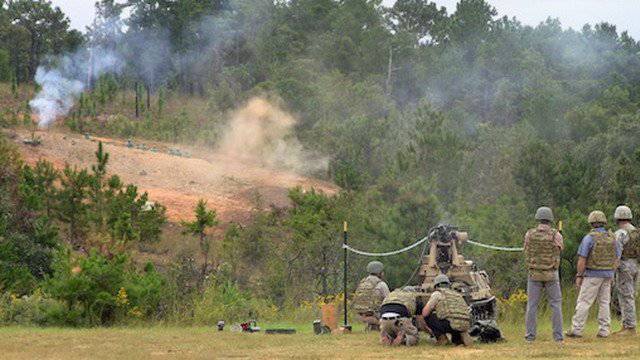 At present, the appeal of a ban on the use in the armies of the world of combat robots that would be able to kill the enemy without an order from a person was signed by 270 members of this committee. Among them there are experts and engineers in the field of programming and robotics from different countries of the world, the English newspaper The Telegraph reported on 16 in October. According to the presented text of the document, the use of drones and other combat "killer robots" can cause aggravation and initiation of conflict situations on the planet, since the use of such weapons does not exclude the "defeat of civilians."

The UN experts, in turn, compared the robotic revolution in the military sphere with the invention of gunpowder by man, as well as the development of nuclear weapons. The emergence of full-fledged combat robots can erase the distinction between weapons and soldiers. A robot, not a person, will determine its enemy, imposing a death sentence and immediately carrying it out. UN expert Christopher Heins warns that the work of “killer robots” cannot exclude failures, the consequences of hacker attacks or such devices fall into the hands of international terrorists. In addition, at present there is no necessary regulatory framework that would regulate the use of such devices.

Currently, the robots that are used by the US military, a little like us and you. However, progress does not stand still. In July 2013, the press reported that Atlas humanoid robots, which were created with the financial support of the agency DARPA, are in the process of learning. The task of such robots includes helping people during rescue and search operations: the robot will be able to independently clear the path, head to places that are dangerous to human life and health, and open the doors. According to Stuart Hatfield, a lieutenant colonel in the American Army, humanoid robots can be used in combat operations through 20-40 for years, making independent decisions. Someday they can be sent into battle to destroy the enemy. And then there are two questions: who will be this opponent - the same robot or a living person?

Ctrl Enter
Noticed oshЫbku Highlight text and press. Ctrl + Enter
We are
Ground robots. From drop systems to unmanned convoys (Part of 4)I fight for the electric body! Ground mobile robots on today's and tomorrow's battlefield. US Technology Overview
22 comments
Information
Dear reader, to leave comments on the publication, you must to register.