MIC: Profits are wound up on 800% on separate GOZ units

October 24 2013
36
Control of pricing in the Russian defense industry requires the creation of an audit system, said on Wednesday the deputy chairman of the Military Industrial Commission under the Russian government, Oleg Bochkarev. 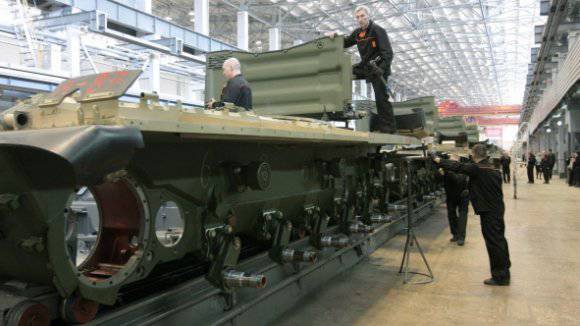 “Maybe we will try to make a system of auditors here? What should be the control system so that these auditors are not banally overbought by the business? "- Bochkarev addressed to the participants of the round table held in Moscow, RIA"News».

Bochkarev stressed that the current situation in the field of pricing in the state defense order is unacceptable: "Profits are wound up in individual units and aggregates in the price of 800%."

The defense ministry and industry have repeatedly clashed over the prices of military products, partly because of this, the implementation of the state defense order is delayed year after year.

Bochkarev also said that the colossal funds allocated by the state for enterprises in the framework of the state defense order, which is more than 1,5 trillion rubles, “worked incorrectly”.

“Today, enormous resources on state defense orders are directed to the industry - more than 1,5 trillion rubles, which is approximately two times the volume of the state defense order of the 2012 year. Some enterprises stated that there was no money anymore, but it was physically impossible to spend such large amounts in such a short time. There is a feeling that this money did not work properly, ”he said.

Bochkarev recalled that the volume of state defense orders increase year by year by about 25 – 30%, while advancing enterprises is carried out (80% of order value or even 100%). After the allocation of 1,5 trillion rubles, the state received a tremendous increase in prices for finished military products.

He called on the professional economic community to carefully analyze where and how money is distributed according to the state defense order.

Earlier, Deputy Prime Minister Dmitry Rogozin reported that the Russian Ministry of Defense will not be able to completely deviate from the pricing issues for military products. He recalled that at the end of 2012, the law “On State Defense Order” was approved, which will come into effect on January 1, 2014.
In April, Deputy Defense Minister Yury Borisov refuted earlier reports that Rosoboronpostavka would control prices for military-industrial complex products.
Prior to this, there were reports in the media that the Ministry of Economic Development, the Ministry of Industry and Trade, the Federal Tariff Service (FTS), Roskosmos and the State Atomic Energy Corporation ROSATOM made a proposal to transfer the cost control functions to Rosoboronpostavka.

Recall that in recent years, the state defense order repeatedly failed to execute, which in 2011 even led to a major scandal when then-President Dmitry Medvedev demanded that the perpetrators of the GOZ-2010 be found and punished.

A number of leading cadres in the Ministry of Defense and at military-industrial complex enterprises were dismissed, but then problems arose even with the conclusion of 2011 contracts of the year. The president and the prime minister demanded to close all the gaps, set deadlines, but did not fully comply with the state defense order.

Ctrl Enter
Noticed oshЫbku Highlight text and press. Ctrl + Enter
We are
Revolution in the state defense order
36 comments
Information
Dear reader, to leave comments on the publication, you must to register.