The end of Big Bertha. Special Report by A.Sladkov 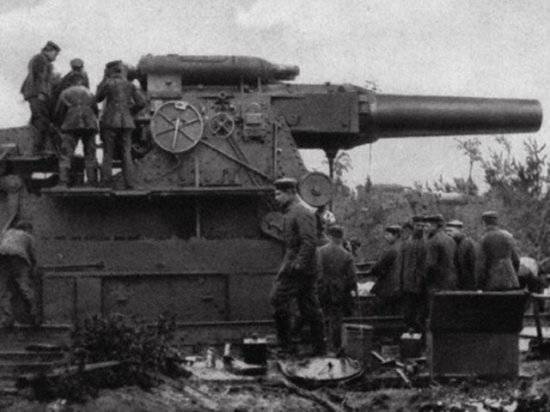 Rzhev battle. One of the most dramatic in stories World War II. Myths, legends, little-known facts. You can recall the grove in the form of a swastika, allegedly planted by invaders on the right bank of the Volga. Or the story about the trip of Hitler and Mussolini right in Rzhev. There is also a story about the large-bomber German gun "Bert", which was secretly prepared for strikes in Moscow.

Belgorod. We came to this city to understand the information that is related to the Rzhev battle. A year ago, the journalists of the Mir Belogorye television company met with NKVD veteran Nikolai Yevdokimov, who told how the KGB men saved Moscow from being destroyed by a German supergun in the winter of 1942.

“Well, an interesting fact was told. They destroyed the gun, saved Moscow from shelling. This fact is wonderful for me, as a journalist. I didn’t even think how many kilometers it shoots, how much to Moscow. It’s good for me, good school, it turned out. so ", - says Sergey Krasnopeev, director of the TRC" World Belogoriya. "

And here we are visiting the very veteran of the NKVD. This is Nikolai Evdokimov. You can write a book about his military past. Nikolai Afanasyevich told us the case when counterintelligence officers spotted the Big Bert in the rear of the Germans.

“I had scouts from Rzhev, two girls — Shura and Natasha. They carried out three tasks. They were very difficult. They told me, and I, on the line of my command, the Germans brought the Bert battery for shelling the Kremlin. I don’t know “Ours called it so or in general. But I remember that it was Berta,” recalls Nikolai Evdokimov, a veteran of World War II.

In forty-second, Rzhev was the most important bridgehead of the Nazis. They concentrated on him more than half of the forces of Army Group Center. For more than a year, Soviet troops attempted to knock the Germans out of Rzhev. However, the Germans entrenched themselves in their positions firmly and did not abandon the idea of ​​conducting an assault on Moscow. Including using powerful weapons.

After the statements of Nikolai Evdokimov, controversy flared up on the Internet. Were found photographs of the dead scouts Shura and Natasha. They reported on "Berta". At the same time, two Moscow journalists spoke up, who called the veteran's story utter nonsense and fiction.

“In what is here, you understand, to accuse him of some kind of false, deliberate untruth. I think journalists are wrong here. They also didn’t see which Bertha was. They didn’t crawl into the Internet, which tools were at that time. If you dig, if you blame a man, a veteran of the elderly, then be good enough to dive to the truth, "- says Sergey Krasnopeev.

- “Big Berta” was not even mentioned anywhere in the encyclopedias.

- They did not attach importance to the fact that they turned the tide of war. Here they dragged her there, began to make a lot of it. Destroy it and forget about it.

She did not play a military strategic role in all probability.

- There was another fact of intimidation. The gun worked on the emotions. Psychological blow. They drag a big cannon, set and start surfing for 150 kilometers.

Tver region. Two hundred twenty kilometers from Moscow. Rzhev. We are meeting with Oleg Kondratyev, one of the authoritative historians of the Battle of Rzhev. We are interested in "Berta".

"There was some kind of large-caliber gun here, near Rzhev. These are legends, let's say. As long as there are no documents, it is difficult to talk about actual events. These legends diverge both in time and in results, many other things" - said historian Oleg Kondratyev.

In World War II, the Germans used a supergun called "Dora". She was assembled at the end of the forty-first year. Caliber - 813 millimeters. Barrel length - 32 meters. The range of action is forty kilometers. Her shells pierced meter armor, or eight-meter concrete reinforcement. The Germans accurately used the "Dora" near Sevastopol. She fired forty eight shots. Hit five times.

And we are already in Kursk. Peter Mihin - veteran intelligence officer, now a writer. He fought near Rzhev. Together with his friend, the late Edward Alymov. So, Alymov told then about some kind of gun that he saw on the positions left by the fascists.

“The Germans had such a cannon, in the First World War, of a large caliber, which they called“ Berta. ”Therefore, when our soldiers saw when they felt the breaks, they realized that it was a very large-caliber weapon. By analogy with the gun of the First World War so it was called a household name, "said Pyotr Mihin, a veteran of World War II.

And this is the result of our own investigation: here is the chronicle of the Second World War. Gun "Smooth Bert". The range of destruction - a hundred kilometers. Moved them along the railway track. But the old German "piece of iron", which we remove near Rzhev. Perhaps this was the position of "Bertha".

"And the Germans began to make a branch through the forest. And she through her uncle, one of my scouts, drew attention to this and reported to me. I realized that there was something like that. And now the heavy artillery regiment commanded by Zhigarev inflicted on this battery artillery fire and aviation. And they smashed it to smithereens, "recalls Nikolai Evdokimov.

In the Rzhev museum we show the newspapers Krasnaya Zvezda brought with us forty-two. There the front correspondent Polyakov talks about the battles near Moscow. A series of articles "Under the Rzhev". One of them - "The End of Bertha." It is the same story that we heard in Belgorod from Nikolai Evdokimov.

“Sources confirm again the memories of veterans. With all that, one can argue about time, about a place and so on,” says Oleg Kondratiev.

Suddenly, the story of "Berta" takes a different turn for us. Statistics, facts ... But striking tone, with which some are trying to criticize the veterans. Those who once defended us.

Today, scientists, specialists in the East and the West are trying to write a common history of the Second World War. But for them and for us the memories of veterans are most important.

“The theme of the Battle of Rzhev is practically unexplored. Today, we are only the uppermost layers, if expressed in archeological language, revealed, and the work is simply gigantic not for years, but for many decades to come to know the truth about what happened here,” Oleg Kondratyev.

Today our veterans are in old age. They barely wear their tunic with orders. They say quiet, tired voices ... Maybe from this we sometimes can not believe that they were then, during the war years, brave pilots, daring reconnaissance aircraft, dashing artillerymen. It was their time. They saved Moscow, they saved the world.