Organization of communication in the brigades of the US Army 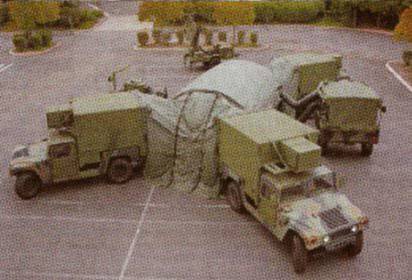 Placement of advanced gearbox on the ground (option)

Organizational structure of a communications company

The management of the company, the offices of support for the command and control stations and the retransmission are responsible for the administration and logistic support of the communications company, as well as for retransmitting control signals.

The communications department is responsible for ensuring the spatial (electromagnetic) availability of subscribers and communication centers, deploying relay nodes if necessary, interfacing and routing between the networks of the EPLRS system.

In the brigade, as in other parts and formations of the US Army, communications are organized on the principle of "top-down", "left-to-right", "from attached to supporting".
The brigade’s communication system is based on two levels of interaction: telecommunications and information.

Each of these elements has a specific purpose and capabilities for the transfer of heterogeneous information in digital form between subunits, command and control centers and individual brigade military personnel.

The basis of the communication system of the combat units of the brigade at the level of "platoon-roto - battalion" is the network "Tactical Internet". Functionally, this network is similar to the global computer network "Internet" and is based on its technologies and protocols. When sending a message, Tactical Internet users address the messages in the same way as they do when using email services.

From a technical point of view, the Tactical Internet network is being deployed on the basis of the EPLRS system and the tactical link FBCB-2 ACS terminals. 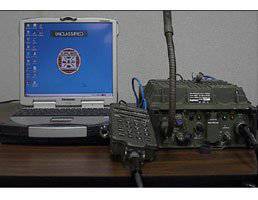 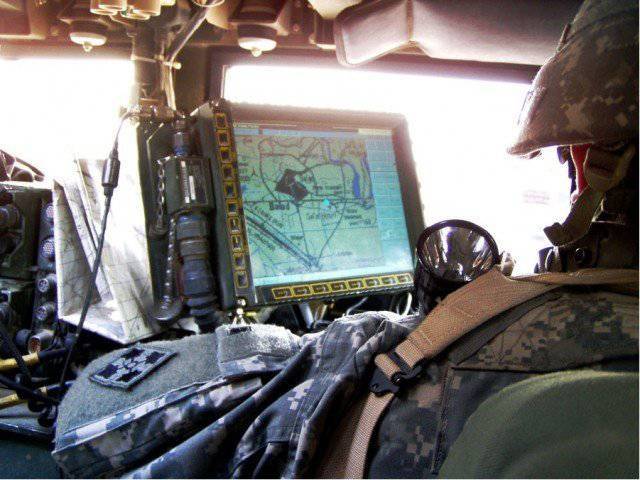 “EPLRS” is intended for solving problems of automatic collection and real-time presentation of information about the location and combat capabilities of its forces and assets, the position of the enemy, as well as for the transfer of commands and target designations. It is an upgraded version of the previous version of this system, which was designed to automatically locate its subscribers, display the situation on the map and transmit short commands and messages in the tactical control link.

"EPLRS" is a data transmission network operating in the frequency range 420 — 450 MHz. The network is based on the principle of multiple access with time division based on transceiver equipment with variable frequency.

Each terminal provides the subscriber with the ability to use a virtual channel for receiving / transmitting information at 1,2 speeds up to 58 kbit / s, automatic retransmission of signals, and also provides navigation support services.

The EPLRS type AN / VSQ-2 (V) 1 terminals are equipped with most armored personnel carriers and infantry fighting vehicles, all command vehicles, auxiliary vehicles, as well as combat units at the rate of four terminals per platoon. Up to two “EPLRS” networks can be deployed in the brigade’s lane. 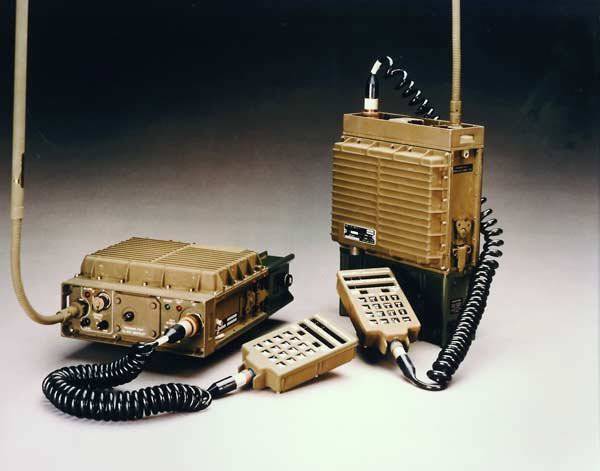 Portable and wearable terminal of the “EPLRS” system

The “EPLRS” terminals are interconnected with computers of the ACS “FBCB-22”, displaying data on the position of their forces and assets, as well as the revealed enemy forces on a time scale close to real.

The ability to dynamically reconfigure and route the EPLRS network allows users to exchange information about the situation, even when they are out of line of sight and during combat operations in a highly rugged terrain.

When conducting combat operations, the channels of the command radio system are used to transmit situation data and command information to combat vehicles, subunits and individual military personnel who are not equipped with the EPLRS system terminals and the FBCB-2 control system. Thus, using the “EPLRS” system terminals associated with the computers of the FBCB-2 ACS, almost complete informing of all brigade units about the battlefield is achieved.

The command radio system of the battlefield is an addition to the tactical Internet network of the brigade. It is a set of multi-level subsystems of radio communications, tactical satellite communications units (offices, groups, platoons, companies, battalions) and control points.

The main means in the system are digital VHF radio stations of the SINGARS series of various modifications: 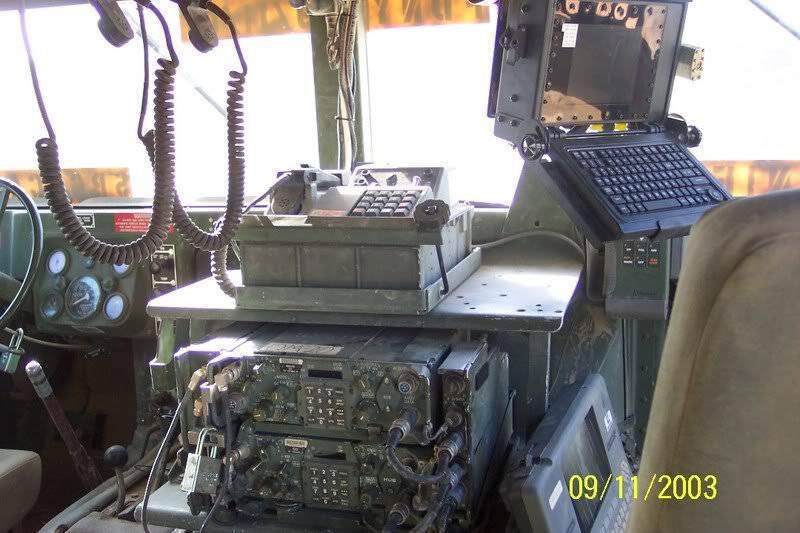 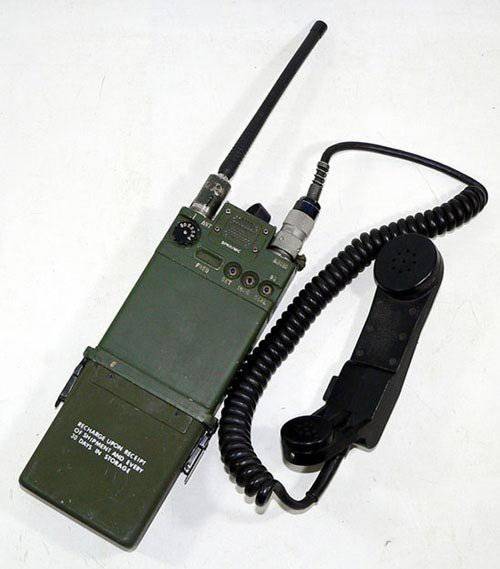 These radio stations are the fixed assets of the two multi-level subsystems of the command VHF and HF radio communications in the company-platoon and brigade-battalion links.

Digital communication and data transmission are organized in multiple access mode with the provision of a channel on demand using UHF repeaters of a UFO-type satellite (225-400 MHz range) at speeds up to 16 kbps. 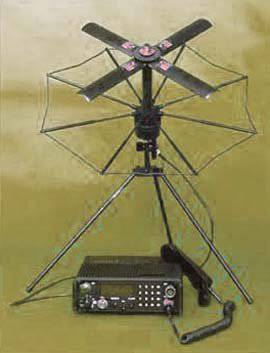 In order to transmit large amounts of information circulating in the ACS by combat operations, a command center communications system is being deployed in the brigade’s area of ​​operations. The operation of this system is based on the use of digital UHF radio stations of the NDTR series, which have a higher data transmission capacity than the Tactical Internet system. The stations of this series are deployed on the OKP and in the rear area of ​​the brigade, as well as on the battalion command post. 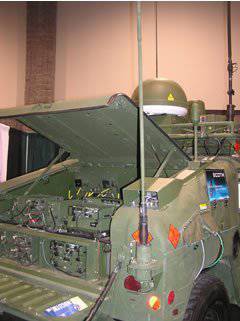 A feature of the work stations NDTR series is their multi-mode. The stations allow you to organize radio networks with multiple access of subscribers within their location (cluster) and to maintain communication over the radio directions between the network reference stations.

In the multistation access mode, the NDTR radios, due to the presence of external interfaces and omnidirectional antennas, ensure seamless interfacing of the Tactical Internet network with existing communication systems of the operational-tactical control link using standard packet switching protocols.

To organize an additional high-speed communication channel (8,192 Mbit / s), a separate digital multichannel radio link of AN / GRC-245 radio relay stations (225-400 and 1 350-2 690 MHz) can be deployed between the OKP brigade and the rear support battalion.

The main satellite communications stations in service with the brigade are:
- Mobile AN / TSC-154 of Milstar system; 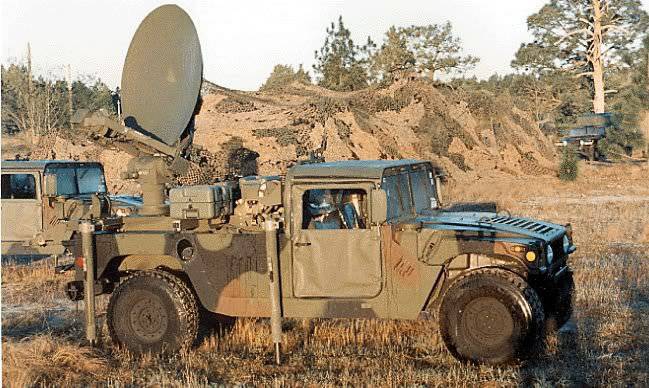 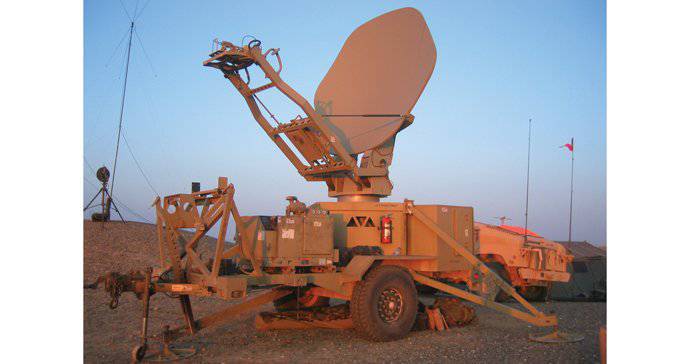 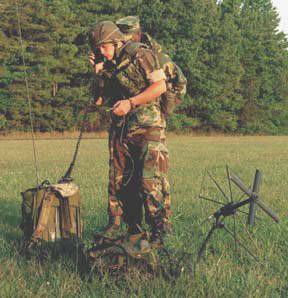 Satellite stations are usually located on off-road vehicles such as “HMMWV”. These stations are used to organize protected from the effects of interference, closed medium-speed digital channels of satellite communication between stationary subscribers - brigade control points (OKP and PKP), a command post of a logistics support battalion, as well as for communication with a higher command command (unit). Due to the fact that there are a small number of stations in the armament of the brigades, during combat operations, by the decision of the commander, their deployment can be changed in the interests of the forces operating in the most important areas and organizing continuous secure communications with them.

Ctrl Enter
Noticed oshЫbku Highlight text and press. Ctrl + Enter
We are
The invisible front of warfare. Information operations in the defensive and offensive doctrines of the Canadian ArmyPara Commando Belgium
7 comments
Information
Dear reader, to leave comments on the publication, you must to register.