“The structure of the Russian economy is so disgusting that it is not a pity. Sorry for the people! ” 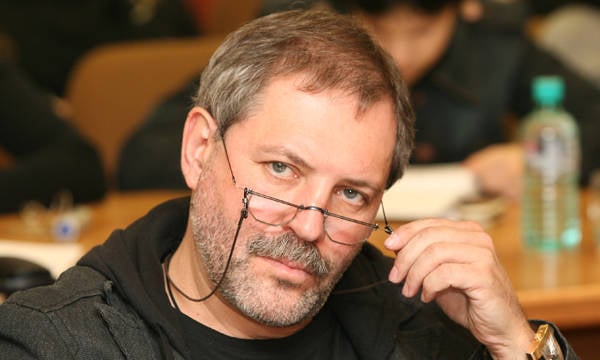 
America does not import gas at all

Russia's problem is not that it does not produce shale gas, although Sechin said that we are interested in such production where there is infrastructure nearby. Indeed, building infrastructure in remote areas is not very profitable. However, it would be nice for us to master the most complex technologies for the extraction of shale gas, and the probability of finding deposits is very high where there was already old hydrocarbon production.

Note that there is already infrastructure there - for example, in the Volga region. So, the problem is that the emergence on a massive scale of shale gas and oil on the world market will inevitably change the structure of the market and the price level.

Here all the views of all our experts about what is happening are either erroneous or it is a good mine in case of a bad game. Talking that shale gas is so expensive that it cannot be exported is absurd. This talk is about nothing, because the two terminals being built by the United States will give exports at a rate comparable to the current exports of all of Gazprom.

Obama’s announcement that America will be the largest exporter of hydrocarbons in the world for the 2020 year is in fact a conservative forecast. And he knows what he says, because he learns about what is happening in the American industry, with a delay of three to four years. America does not import gas at all, and if we look at the decline in the rate of oil imports, this will not happen in the 2020 year, but probably in the 2016-2017 years.

The manufacturing industry of Russia, except for the defense industry, cannot develop

I will note that China is developing shale technologies as a priority task, and he made public his reserves of shale hydrocarbons, and it turned out that they are approximately equal to the US. In addition, China participates in the capital of the largest mining shale companies in America with the sole purpose of technology transfer. Although this is a rather sophisticated technology, there is nothing super-technological there. This is not a flight into space and not a fifth generation aircraft. We need experience and skills of hydraulic fracturing, but, in principle, this is not Bin Newton. So, due to shale gas and oil, a consumer such as China will fall out of hydrocarbons from the market.

Compared to the technology of shale gas production, the development of skills related to the production of shale oil is two to three years behind. It is more difficult to extract oil because of a larger hydraulic fracture, gas comes out of the rock easier than a less volatile substance, but there is no more difference!

The problem is that the fall in prices by a quarter or third of the current brings down the economic balance in Russia, brings down the achieved stability, social obligations and the budget. As a result of purposeful policy, the manufacturing industry of Russia, except for the defense industry, cannot develop - it is unprofitable. I want to note that the structure of the Russian economy is so disgusting that it is not a pity. But the population is a pity! Everything else is demagogy, a misunderstanding and disregard of reliable information.

Ctrl Enter
Noticed oshЫbku Highlight text and press. Ctrl + Enter
We are
What you didn't want to know about EnglandShale gas perspectives: myths and reality
118 comments
Information
Dear reader, to leave comments on the publication, you must to register.