October 24 2013
312
With the "totalitarian" Soviet traditions to send children to pioneer camps over! We wanted "democracy"? Eat. Want in the EU - wait! The West, about which the “maydanutye” and other lovers of “zabugore”, and who so hates everything Soviet, including the pioneer camps in the USSR, so rave about, is becoming a new way to protect the rights of children. Now in the West, camps are being organized for gay and “transgender” children! 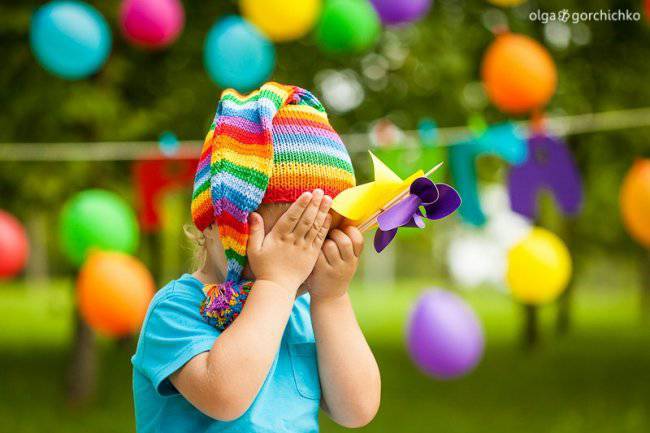 Beautiful rainbow - now a symbol of homosexuals and lesbians

Do not believe me?

Let me do a tour. Photographer Lindsay Morris (Lindsay Morris) documented 4 day in the life of the camp for "gender-inappropriate" boys and their parents.

Camp, conditionally called "you." The name was changed by the photographer specifically to, in the words of "protectors," protect the privacy of children!

“The parents of this boy in the photo doubt the gender of his three-year-old boy. They noticed that he wants to wear high heels and prefers pink. But the dark colors, it turns out, he does not like! ”- Morris shared her emotions.

Imagine what a freak! A three-year-old child doesn’t suspect that the diminished (sorry for the harshness, but I can’t put it the other way) parents, because the baby just likes the pink color or, for example, pulling on the heels, are already writing it into homosexuals!

So who needs to be treated here, the boy at the foolish age or the parents? Or burn down fucking European values? The answer is obvious.

In the meantime, in Ukraine they think whether to go or not to go to the EU, Morris is preparing to release a book with his works, and also plans to launch a large multimedia show that will travel around the country and the world to show the new face of LGBT youth.

Its ultimate goal is to open a fund that will raise money to develop such camps. 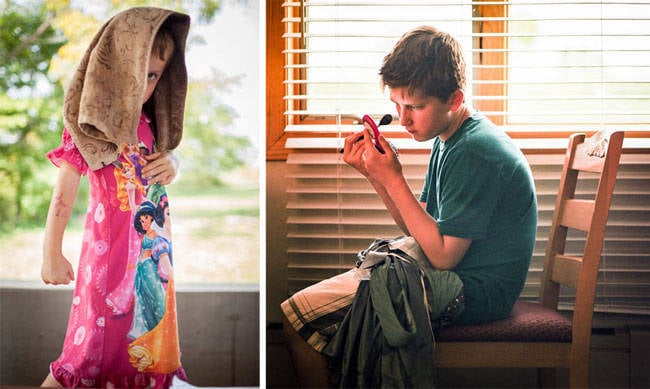 Left: a child shows his favorite nightdress. Right: during the weekend, vacationers are taught to remove and re-apply makeup

What kind of reaction can there be to a normal person to such homoagression and homodictate?

Bitch tribe! Children were taken away from childhood, and now they are replacing morality ... A beautiful rainbow is now a symbol of homosexuals and lesbians, and the pink elephant and the blue car are used in their pederastic propaganda. And what do they, perverts, still do, since their parents overlooked? After all, they do not know how to reproduce naturally, so the only way to reproduce them is to promote homosexuality. It is through propaganda that they recruit new recruits to the army of Sodom and Gomorrah, and often from children and adolescents. So even the prohibition of propaganda is not enough. It is necessary to introduce Soviet criminal liability for scum.

Children were taken away from their childhood, and now they are replacing morality ...

So, taking advantage of the fact that the LGBT community awarded me the title of “Homophobe of the Year No. 1”, and as the author of the bill banning the propaganda of homosexuality, I categorically declare that you have little criminal punishment!

Ctrl Enter
Noticed oshЫbku Highlight text and press. Ctrl + Enter
We are
What you didn't want to know about EnglandThe real truth about gender
312 comments
Information
Dear reader, to leave comments on the publication, you must to register.