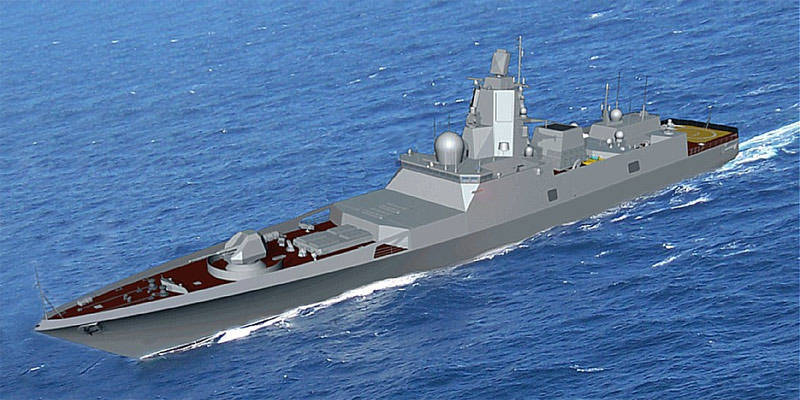 The Russian Navy was left without the newest frigate Admiral Gorshkov.


Due to problems with weapons, the deadlines for the delivery of one of the most anticipated warships of the Russian Navy shifted by half a year.

The lead frigate of project 22350 Admiral Gorshkov, being built at the Severnaya Verf shipyard in St. Petersburg, will not be transferred to the Naval this year. the fleet. According to the Military Industrial Courier (VPK) newspaper, the ship’s 130-mm gun mount A-192M manufactured by the St. Petersburg Design Bureau Arsenal has not been finalized, so the transmission deadline has been tentatively postponed to the first quarter of next year.

As the “military industrial complex” was told in the military department, the ship is almost ready, but it is still berthed without an artillery unit.

“The work on A-192М has now been stopped, and next year new development work will be opened on it using existing solutions. Funds for new R & D have already been allocated, ”the officer of the Navy Commander-in-Chief told the newspaper.

The final dates for the transfer of the frigate to the fleet, he found it difficult.

“So far we are talking about the first half of next year. It all depends on how quickly Arsenal can cope with the problem that has arisen, ”the chief commander emphasized.

What is the flaw art installation, not yet reported. According to a shipbuilder familiar with the situation, it is important that the new weapon has the same power consumption characteristics and structural elements as the A-192M.

“The construction of the ship is almost complete. If the characteristics and design of the gun mount will be different, you will have to redo the power supply lines, make changes to the design of the mounting attachment to the deck, ammunition storage and more, ”said the source.

According to the shipbuilder, it may take about a year to rebuild the ship.

In the design bureau Arsenal, a member of the Federal Space Agency (Roskosmos), in addition to naval artillery installations producing more satellites, the publication failed to receive a comment. The company's management was on the Board of Chief Designers, and the employee responsible for communication with the media was unavailable.

A spokesman for the United Shipbuilding Corporation (USC), Alexei Kravchenko, told MIC that now problems with the disruption of co-contractors of the terms of orders occur quite often.

“The system of cooperation in shipbuilding has not yet taken shape. The old Soviet is destroyed, and the new Russian is not. The USC proposes to develop a unified scheme that includes all levels of cooperation. But while it is not there, we are reaping the benefits, ”said Kravchenko.

According to Mikhail Barabanov, the editor-in-chief of Moscow Defense Brief, there is nothing unexpected in the postponement of the transfer of the frigate Admiral Gorshkov.

“It has long been clear that the epic with this ship will last quite a long time. The ship is crude, with a mass of undiscovered systems. Expect the "Admiral Gorshkov" in the Navy in the near future is not necessary. So naval sailors will have to be patient in any case, ”said Barabanov.

The expert also noted that the former commander-in-chief of the Navy, Admiral Vladimir Vysotsky, was considering the possibility of purchasing naval artillery systems of the Italian firm OTO Melara for Russian warships.

The Admiral Gorshkov frigate armed with a 16 anti-ship onyx or caliber missile and the Polimen-Redut anti-aircraft missile system and the Polimen-Redut rocket system with a displacement of thousands of tons was laid in 4,5. According to the plans of the Main Committee of the Navy, the 2006 ships are to replace the large anti-submarine ships of the 22350 project, the Udaly, and the Gorshkov itself must join the brigade of the anti-submarine ships of the Northern Fleet.

Ctrl Enter
Noticed oshЫbku Highlight text and press. Ctrl + Enter
We are
"Admiral of the Fleet of the Soviet Union Gorshkov" of the 22350 project - transition from St. Petersburg to KronstadtContinued construction of the 22350 main frigate
61 comment
Information
Dear reader, to leave comments on the publication, you must to register.