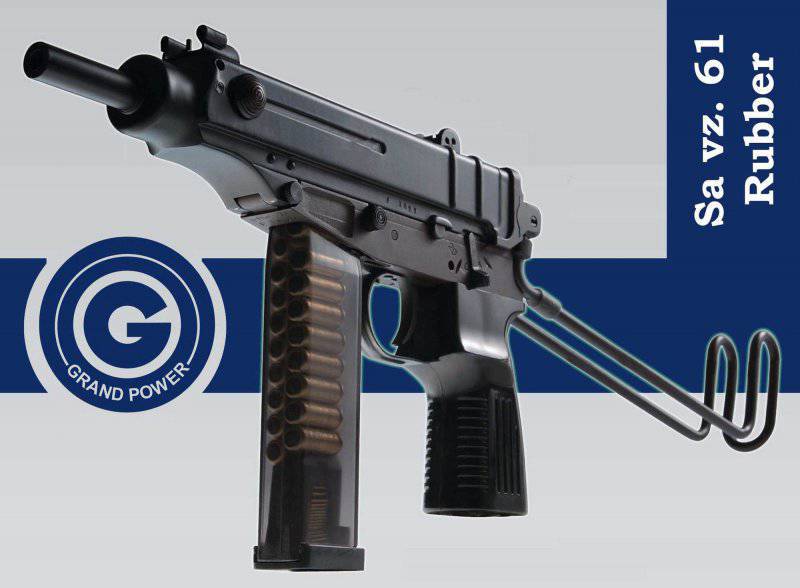 Gas pistol Škorpion (Scorpion) Sa vz. 61RA caliber 9, having the ability to fire rubber bullet cartridges - civil weapon, which is a means of effective self-defense. The main purpose of Sa vz.61 is to temporarily disable an attacking subject.

Adaptation for traumatic cartridge was carried out by the company Grand Power (Slovakia).

To adapt to the traumatic version was used a new trunk. The trunk is steel, solid; The trunk channel of the Т10 type has two small pins, which, in combination with a long barrel, provides muzzle energy that is comparable to the record holders of the latest known tests. The possibility of firing solid objects is excluded in accordance with the requirements of the ECC. In addition, the automatic mode was removed. Included with a bent "native" store (does not work with "nines" and is attached for beauty, aesthetics or experimentation) a new direct store, made specifically for the cartridge 9 mm PA, is supplied.

The choice of cartridge 9P.A. for a traumatic pistol is obvious. First, it is the most common traumatic ammunition in Russia. Secondly, the Scorpion Sa vz.61 submachine gun was previously used with 7,62x17 ammunition, which had rather modest dimensions. As a result, for reworking a Scorpion combat pistol, for example, under AKBS ammunition 10x28, it would have required much more time and labor, which guaranteedly increased the already considerable cost of a new traumatic pistol. 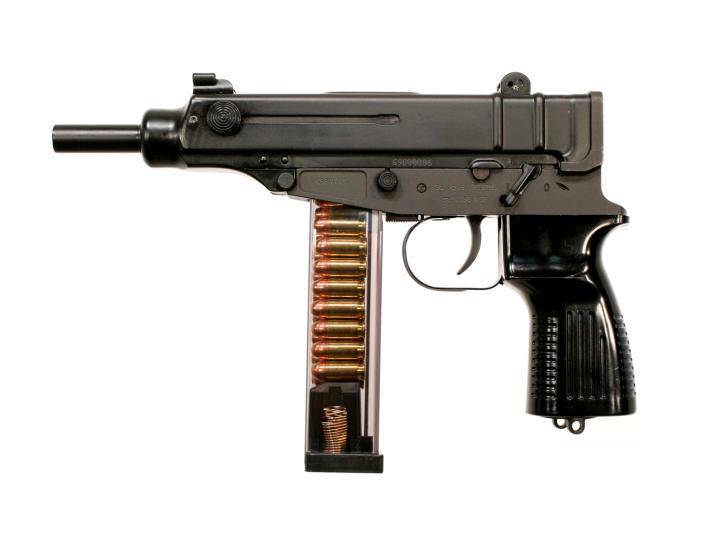 The Scorpion Sa vz.61 Rubber automatics implements the principle of working with a free gate. Firing single shots or bursts allows trigger type triggering. Fuse-translator can be transferred to one of three positions: the rear ("1") - a single shot; medium ("0") - fuse; front ("2") - the queue. The safety lever-translator is located above the pistol grip on the left side, allowing you to conveniently and quickly work with it. The shot is made from the closed shutter. The “Scorpion Sa vz.61 Rubber” pistol is equipped with a firing rate retarder due to the small mass of the bolt and ammunition, which allows for more than 100 shots per minute.

In this regard, after each shot, the retarder, placed in the handle, blocks for some time the bolt in the rearmost position with a spring-loaded grip, after which it releases the bolt. This made it possible to achieve a rate of fire of 840 shots per minute, while the pistol is well controlled when firing in automatic mode. The cocking handle was made two-sided. On both sides of the receiver are cocking levers, made in the form of a button. "Scorpion Sa vz.61 Rubber" is equipped with a steel butt folding up. At production bent wire was used. Sights - L-shaped rear sight and front sight, which allow you to conduct aimed fire at a distance of 75 or 150 meters. 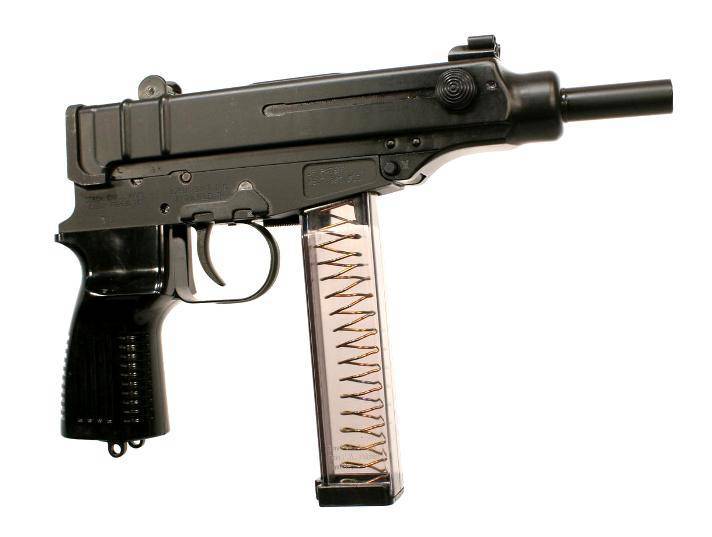 In the United States, Czechpoint USA supplies this submachine gun under the designation .380 AUTO Sa vz. 61 Scorpion. This semi-automatic version is designed for .380 ACP cartridge (9х17mm). The original Scorpion used the .32 ACP cartridge (7,65x17mm). The new Scorpion caliber received since the progressive rifle society of the United States believes that the lack of possibility of automatic fire in the Škorpion Sa vz. 61 chambered for .32 ACP makes it just a “toy”. Despite this, even the new cartridge does not fully satisfy the demands of the US arms market. The main feature of the version for the US market is the new transparent polymer magazine for 20 cartridges (empty magazine weight - 50 grams, curb - 250 grams) and the lack of a butt. The cost of a semi-automatic Scorpion pistol in the United States is about 615 dollars.

The Scorpion Sa vz.61 pistol is not only a weapon for self-defense, but is of collection value, since it is made from a combat model, which was produced in the 1960-s. Initially, the Scorpion submachine gun was developed for arming tankers, signalers, as well as soldiers of other specialties. In service in Czechoslovakia was adopted in 1961 year. The Scorpion was shipped to Angola, Egypt, Libya, Iraq and some other countries. In addition, Scorpion was used by a number of terrorist groups during some high-profile terrorist attacks in the 1970-1980's. 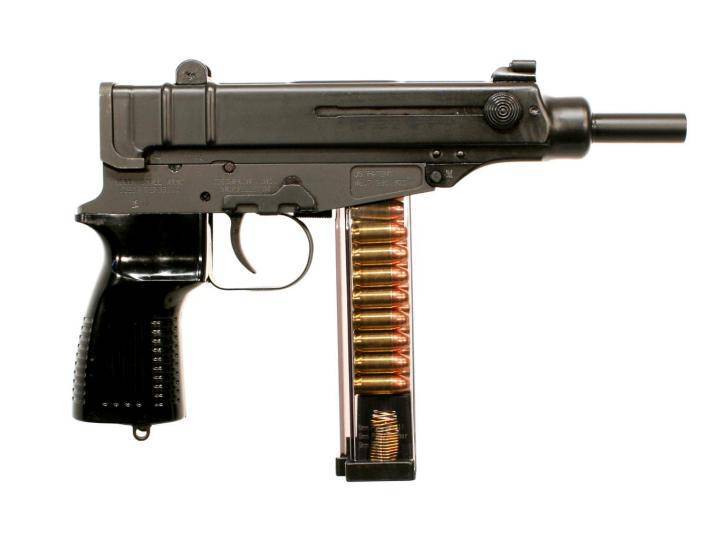 The main advantages of the gun Scorpion Sa vz. 61 are strength, large store capacity, high quality workmanship, as well as a large service life. The disadvantages include a rather large size and considerable weight. It is the shortcomings of the traumatic Scorpion pistol that determine its main purpose. It can be recommended as a home security weapon, since the weight and dimensions do not allow it to be constantly worn, ao secrecy and speech can not be.

The approximate cost in Russia is from 25 to 35 thousand rubles. 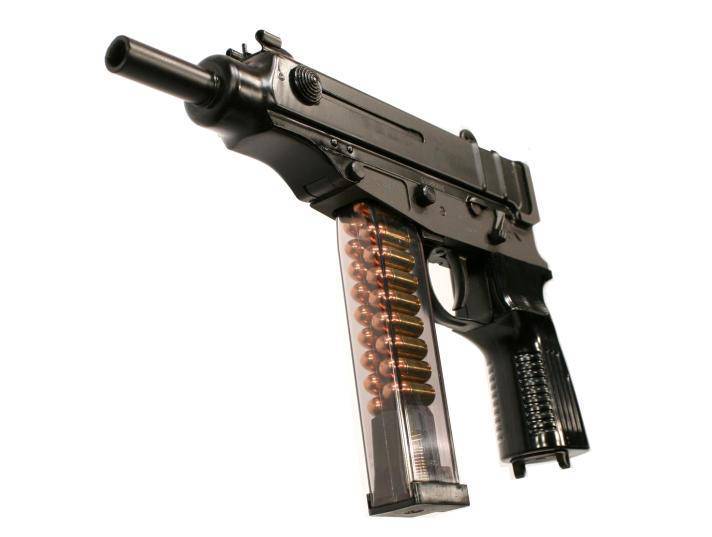 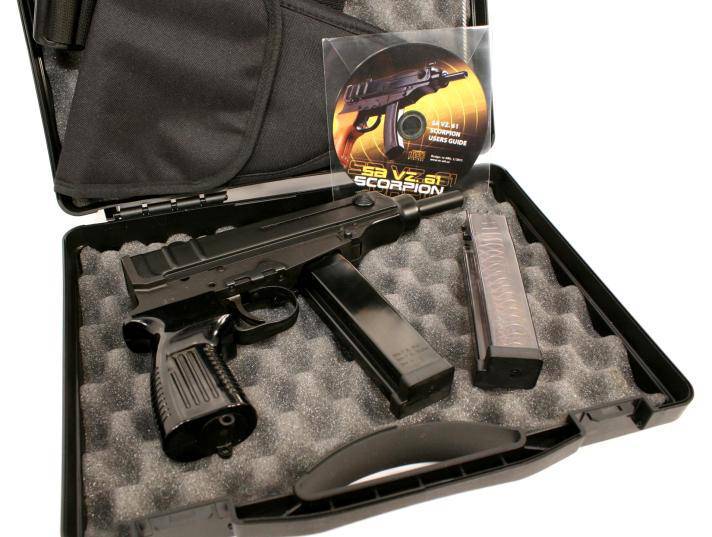 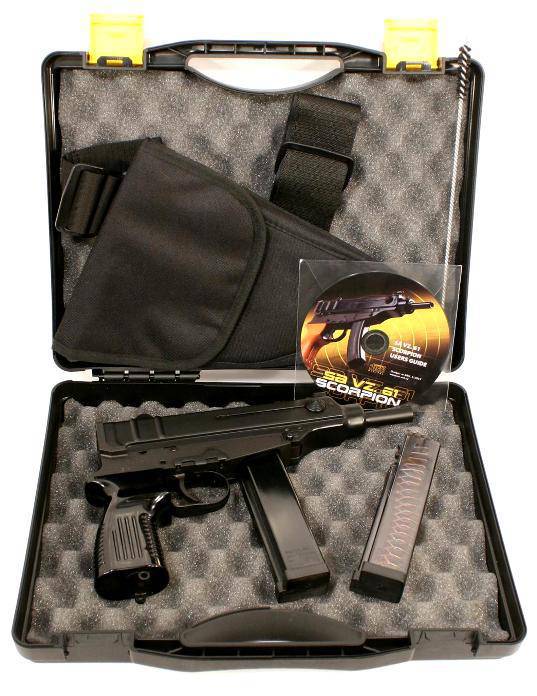 Ctrl Enter
Noticed oshЫbku Highlight text and press. Ctrl + Enter
We are
Gun Grand Power Q100 with a rotating barrelGrand Power: a dark horse from Slovakia
16 comments
Information
Dear reader, to leave comments on the publication, you must to register.