October 23 2013
115
Armored personnel carrier BTR-50P was developed in the early fifties of the last century, but still remains in service with several countries. In the parts and in the storage there are several thousand of these machines. The successful design of the BTR-50P armored personnel carrier as a whole and its individual units made it possible to operate the vehicles for several decades. Moreover, according to some indicators, primarily to overcome water obstacles, various modifications of the BTR-50P still remain among the best in the world. However, it should be noted that over the past since the beginning of the mass production of 60 years, the armored personnel carrier is outdated and no longer meets a number of requirements for modern technology of this class. 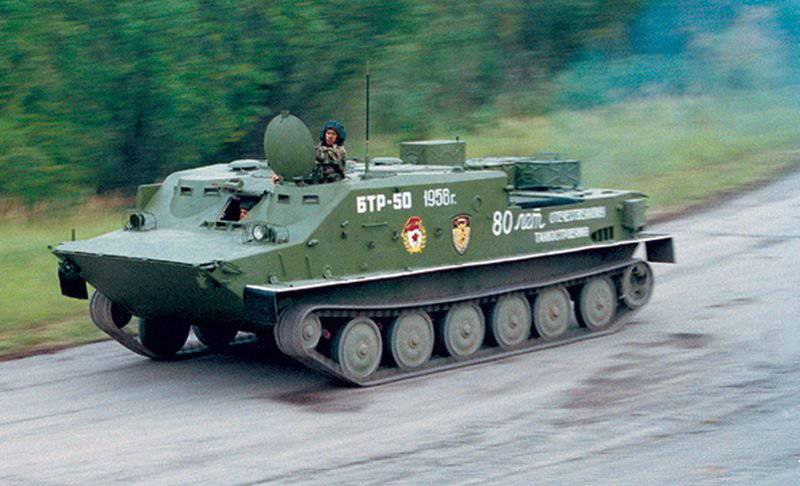 Some foreign countries have already attempted to update the BTR-50P of various modifications and improve the characteristics of this machine. Seeing the demand for renovation projects of obsolete armored personnel carriers, the Muromteplovoz enterprise created its own version of the modernization. The new project involves the installation of a number of new systems and units. In this case, the armored body and chassis of the base machine do not undergo major changes. This feature of the modernization reduces the cost of re-equipment of the combat vehicle and, as expected, should favorably affect the commercial prospects of the project.

The basis for the modernization project of the BTR-50P can be considered the installation of a new engine that can provide a significant increase in performance. The four-stroke diesel engine YMZ-7601 with turbocharging has a rated power at the level of 300 HP. The increase in engine power compared to that used earlier compensates for the increase in the combat mass of the machine, which, after modernization, is 15670 kg. According to the company "Muromteplovoz", the use of a new engine allows you to increase the maximum speed of the armored personnel carrier by 40% and the average speed by 50%. Thus, the maximum speed when driving on a highway is declared at the level of 63 km / h. When driving on water with the help of two water jets, the upgraded BTR-50П can accelerate to 10,1 km / h.

The use of a new power plant of greater power allows improving not only the driving characteristics of the combat vehicle. The new engine reduces fuel consumption and reduces the cost of operation, repair, etc. As a result, the use of the YMZ-7601 diesel engine has a positive effect on the entire life cycle cost of the armored personnel carrier. In addition, it is argued that the use of new units of the power plant and transmission extends the life cycle of the BTR-50P armored personnel carrier by 15 years.

For the convenience of landing and landing, some changes have undergone the body of the armored personnel carrier. In accordance with the modernization project, it is proposed to make two hatches on the sides of the troop compartment. Earlier, soldiers could get into the car and leave it only through the hatch in the roof of the troop compartment. It is expected that the use of new side hatches will reduce the risks associated with the defeat of bullets and shrapnel. First, the side hatches can cover the soldiers during the landing (like the hatches used on the BTR-80), and secondly, the landing party no longer needs to get out on the roof of the armored personnel carrier and descend from it to the ground.

To support the landing, the upgraded armored personnel carrier BTR-50P receives a full-fledged combat module MB2-03, replacing the turret with a machine gun. The combat module is similar to the turret used on the BTR-80A armored personnel carrier, but differs in the composition of equipment and weapons. The upgraded BTR-50P carries an 30-mm automatic 2A42 cannon, a PKT machine gun and an AG-7,62 automatic grenade launcher of the 17 mm caliber. In addition, two triple-barreled smoke grenade launchers 30В are mounted on the front of the tower. The armament is equipped with a two-plane stabilizer. The rotating tower allows you to direct a gun, a machine gun and a grenade launcher at any angle in azimuth. Permissible elevation angles range from –902 ° to + 5 °. The combat module MB70-2 is designed in such a way that the entire ammunition ammunition is located inside the armored hull of the base vehicle.

For guidance weapons the crew of the updated armored personnel carrier has a TKN-4GA sight. This device is equipped with a thermal imaging channel, which allows the gunner of an armored personnel carrier to attack the enemy’s manpower and equipment, including lightly armored, at any time of the day. If necessary, the gunner of the modernized BTR-50P can fire at aerial targets: low-flying aircraft or helicopters.

The use of a new power plant and a full-fledged combat module instead of a turret with a machine gun has significantly improved the characteristics of the upgraded BTR-50P armored personnel carrier. Of course, even after updating a number of units, an armored personnel carrier created in the middle of the last century will not be able to compete with modern developments due to a significant update in the requirements for vehicles of this class.

Nevertheless, the project of the company "Muromteplovoz" may be of interest to small states, in service of which the outdated equipment remains and which can not acquire armored personnel carriers of new models. In this case, the modernization project of the BTR-50P turns out to be one of the most convenient ways to increase the combat potential of the relevant ground forces units for a moderate fee. Thus, in the near future, the first contracts for upgrading equipment or for the supply of individual components for upgrading armored personnel carriers by the customer can be signed. 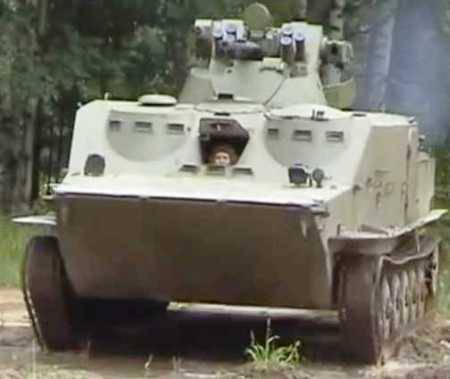 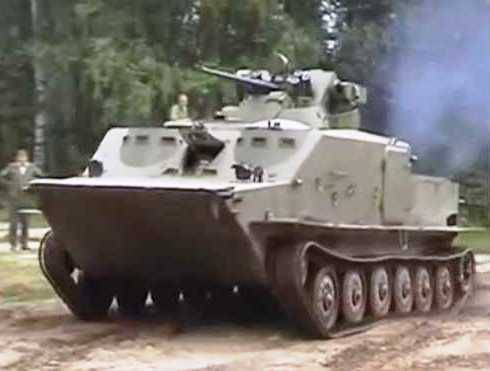 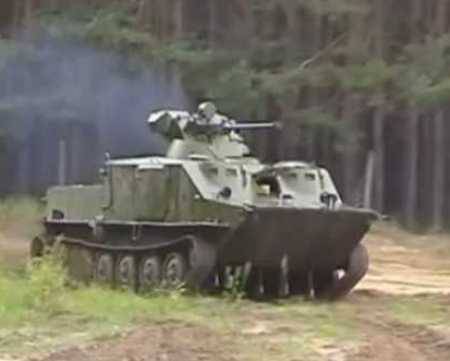 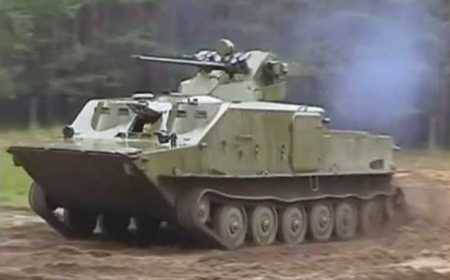