“Baltic Tigers”: on the way from the EU to the Red Book (“Hvil”, Ukraine) 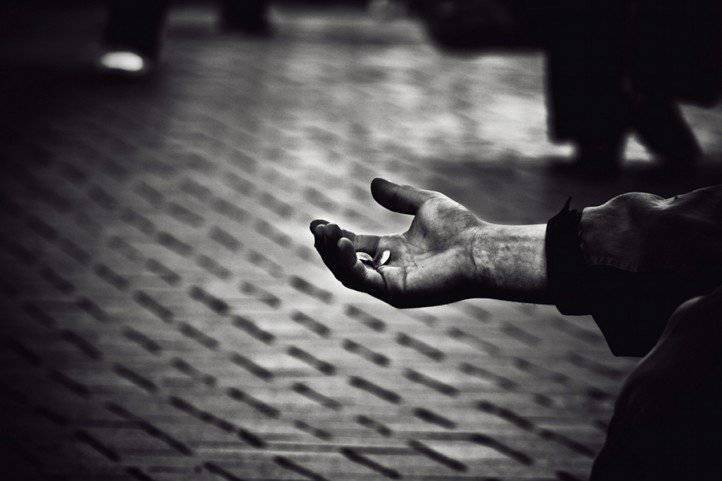 Immediately after leaving the USSR, the Baltic countries set ambitious economic goals for themselves. So Estonia intended to become “northern Hong Kong”, and Latvia - “northern Switzerland”. The 1992-2007 period of the year created the feeling that it would be so. The Baltic states are increasingly referred to as the "Baltic tigers". However, starting with 2008, the deplorable results of economic growth in debt have become apparent. The ECB refused to back up loans to the banking systems of the Baltic countries. And they "lay down." Following, according to the domino principle, the entire economy, grown on loans from European and American banks, lay down. The process of falling itself had deeper roots. The financial crisis only exposed what had latently matured over the years of independence of the Baltic states.

Here are the statistics of the decline of the economies of the "Baltic tigers" from 2008 to 2012 year.

At the time of the collapse of the Union, the Baltic republics had the best starting conditions for the transition to market relations.

So, in 1970 — 1980-s, they were the leaders in terms of investment in fixed assets per capita. Estonia for this indicator ranked first in the USSR. It was followed by Latvia and Lithuania.

As a result, by the year 1990 in the Baltic republics, the share of the population that had an official income of more than 300 rubles was maximum. In Estonia, every fifth resident earned more. In Latvia, every sixth. In Lithuania - every seventh. For comparison, in the Soviet Union as a whole, the indicator was at the level of 8,8%. That is, not even every twelfth had income over 300 rubles. And what was it in the USSR to have a salary of more than three hundred a month? All the same, as now have in 2000 euro.

The minimum was the level of the poor, by Soviet standards. Among them were those whose monthly income was less than 75 rubles.

The share of the population with such income in Estonia and Latvia did not exceed 1%, while in Lithuania it was slightly more - 1,2%.

During the years of the Soviet "occupation" in the Baltic countries there was a demographic boom. In Lithuania alone, over half a century, the population has grown by a million - from 2,7 to 3,7 million. And since 1990 - has shrunk by more than 600 thousands. Such a loss was not observed during the war and the Stalinist repression. Since the 2004 year, the moment of joining the EU, there is another boom in the Baltics. Migration

According to Eurostat, the average salary of citizens of the Baltic states is lower than unemployment benefits in Europe. And the same Estonian, in Finland, for work similar in his homeland, can receive five times more than at home.

This situation led to the fact that in just 2012 a year more than eight thousand people left for Estonia from the Ida-Viru County of Estonia. With a county population of 200 thousands. But these eight are the most able-bodied and socially active. And, of course, as soon as they get settled on the spot, tens of thousands of relatives will be dragged behind them. Who will remain in the county in five to ten years?

In Lithuania, even worse. Swedish sociologist, professor Charles Wolfson calculated that during the years of independence every fifth able-bodied Lithuanian left Lithuania. And the process of "evacuation" continues to gain momentum.

According to local experts, if such rates of “flight” from the “Baltic tigers” continue in the coming years, then the Baltic will face a demographic catastrophe. Followed by social. The outflow of the most able-bodied in two decades will lead to the fact that the local pensioners will have nothing to pay pensions.

If before 2008, labor migrants actively sent remittances to their relatives at home, now they prefer to take their families to their homes. And what should they do in their depressive homeland?

Analyzing the situation of households in Estonia, Eurostat concluded that two thirds are among the poorest and a quarter to the poor. The status of households was determined depending on purchasing power, taking into account equivalent income. Estonia in this “championship” beggars overtaken only Bulgaria and Romania.

Only 3% of Estonian households turned out to be successful, according to European measures.

Eurostat data on hourly wages in Latvia for the last year is disappointing. In comparison, it was a quarter of the average salary in the eurozone as a whole, one third, from the average in Spain. And half - from the average, Portuguese.

The migration flight is exacerbated by a sharp drop in the birth rate. The head of the Department of Statistics and Demography of the Faculty of Economics and Management of the University of Latvia, Peteris Zvidrins, testifies: “At the end of the 1980s, the birth rate showed great advantages. For comparison: in 1986 / 1987, there were thousands of newborns in Latvia in 42, and in 2011, only 18 in thousands ... Now we are rejected to the lowest point in stories Latvia, when an average 1,1 child is born per woman. A generation change occurs only at 60%. ”

According to the calculations of the head of the International Bureau for the Organization of Migration, Ilmar Mežs, the population of Latvia in four generations will be half a million. This is a harbinger of the imminent disappearance of Latvians from the ethnic map of the world.

The “prosperity” picture in the Baltic countries can be supplemented with some useful figures. With an average income of an ordinary worker in 400-700 euros, the cost of a communal - 250-300.

Particularly impressive is the "accessibility" of medicine. Campaign to the doctor - 100-200 euro. Day in a hospital bed - 86 euro. The day of intensive care in a hospital is 800 euro. Any operations - from 3000 euro.

True, you can use free medicine. If you have time. Because you can get to the doctor for a free appointment only by turns. And she - from three months to two years.

When in the Baltic countries there was an advertising campaign for joining the EU, local politicians foreshadowed the flourishing of agriculture. Still: the quality is high and the prices are low. According to the laws of the free market, the EU countries were to flood the products from the Baltic farmers. However, in Brussels judged differently. They decided to support their own agricultural producers. Not marketable. Administratively. The Baltic peasants were offered a deal: you give up your own production and sales, and we give you 1500 euro annual compensation. For several years, such a policy on the conditions of the "European Union" began to agree whole villages. And now for groceries only to supermarkets.

And if earlier farm families were the most numerous, now the need to give birth has disappeared. After all, according to the age-old tradition in peasant families, every child born is a future employee of his household. And the more children, the stronger in the future the economy

According to local experts, if the governments of the Baltic countries do not find the resources to stimulate economic growth and fertility, then in 50 years Estonians, Latvians and Lithuanians can be entered in the Red Book. Disappearing peoples of Europe. That is the price. Eurointegration.

Ctrl Enter
Noticed oshЫbku Highlight text and press. Ctrl + Enter
We are
Way out of chaosWhat we lost
90 comments
Information
Dear reader, to leave comments on the publication, you must to register.