October 22 2013
14
A few weeks ago, the IMI board of directors of the Israeli military state concern approved a privatization plan for the company. Plans to privatize the military industry have for many years been on the economic agenda of the Israeli government. A meeting of the special board headed by Prime Minister Benjamin Netanyahu and with the participation of Finance Minister Yair Lapid, Defense Minister Moshe Yaalon and the head of the board of directors of IMI corporation Major General Udi Adam, was scheduled for mid-October, following which the plan should be finally approved at the highest level. government level.


The government of Israel has been trying to privatize IMI since the beginning of the 1990s. An attempt to privatize the company in 2005 failed because the employees themselves and the trade union of the workers strongly opposed this step. This time, the developers of the privatization plan held lengthy consultations with employees of the corporation and representatives of the National Federation of Labor (Histadrut), during which a consensus was reached on this issue.

The Israeli Defense Industry (IMI) concern was founded in 1933, 15 years before the proclamation of the State of Israel, and became the first arms manufacturer in the region. In the early years of the state, IMI played a crucial role for the survival of Israel in a hostile Arab environment, as it produced the necessary weapons for the army. Among the early achievements of IMI can be noted submachine gun "Uzi", which is still popular in many armies of the world to this day.

Today, IMI has about 3000 employees, and annual sales are approximately $ 600 million. The portfolio of already signed orders is estimated at $ 1.7 billion, however, for several years in a row, the IMI concern has suffered reach the 14 million mark per year. Almost 70% of IMI sales account for exports to countries such as Italy, France, Kazakhstan, South Korea, Vietnam and some African countries. 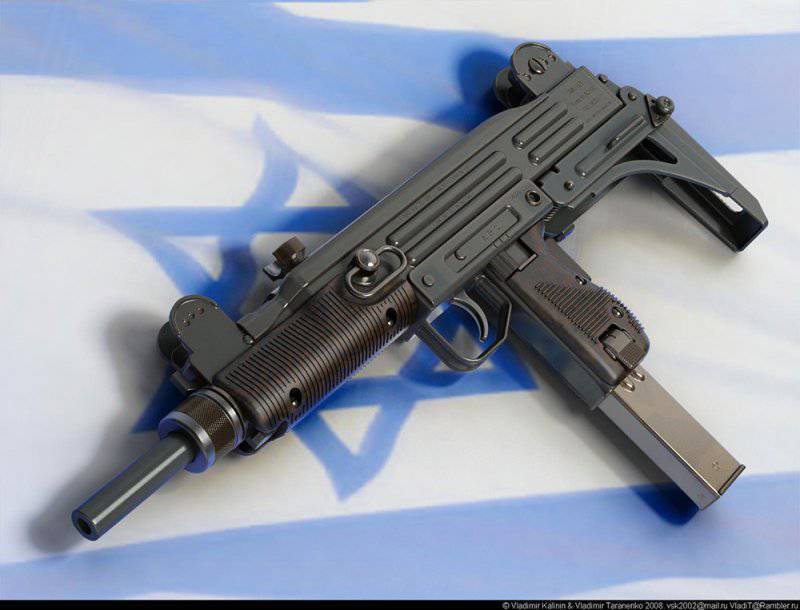 The main losses of IMI are due to the congestion of the asset structure, huge debts to the state and a large number of workers. If in the years when IMI military products were extremely necessary to maintain the country's defense capability, such a number of workers was necessary and justified, today this need does not exist.

Among other things, the privatization plan provides for the creation of a new corporation on the basis of IMI. The functions of the new IMI will include all current business operations minus the debt burden that has hampered the company's activities in the past.

The most important part of the IMI privatization plan is the transfer of all capacities and plants from the expensive central region of the country (Ramat Hasharon) to the Negev desert. This step will significantly reduce the tax costs of the concern. The IMI relocation to the Negev is scheduled to be completed by 2020. The estimated IMI price will be 5.7 billion, but some of this money will go to workers' compensation and debt repayment.

As the press reports, the concern will be privatized as a whole, and not divided into several parts. An exception will be the secret department of Givon, which will be removed from the group of concern and transferred to the direct subordination of the Ministry of Defense.

2 October it became known that former Prime Minister Ehud Barak and his friend, an American businessman of Jewish origin Ira Rennert, are going to fight for the concern. The billionaire (according to Forbes, his fortune is approximately $ 5.5 billion) maintains good relations with the current head of government, Benjamin Netanyahu, as well as with some ministers.

However, the American billionaire is expected to face many difficulties, as the Israeli government is determined to protect the country's national interests and significantly limit the role of foreign investors in the company. According to a source close to the privatization process, a foreign investor will not be able to fully acquire IMI, as the government intends to preserve the Israeli affiliation of the company. According to the terms of the tender, a foreigner will be required to act as a partner to an Israeli investor. In addition, the majority of seats on the new board should belong to the Israelis. Potential buyers of IMI may be the domestic manufacturer of military electronics Elbit Systems, some Israeli shipyards, as well as Israeli weapons Tycoon Sami Katsav.

Israeli media have reported that the production of certain types of weapons at IMI plants will be reduced. So, in accordance with the new strategic plan of the country's defense, it is planned to reduce the production of armored vehicles, artillery and naval systems. Production will also be reduced tank Merkava Mark IV, which will undoubtedly hit IMI and dozens of component suppliers for this program. Israeli portal Globes recently reported that at least 1500 workers involved in the tank assembly program have already faced layoffs.

Ctrl Enter
Noticed oshЫbku Highlight text and press. Ctrl + Enter
We are
Grimaces of the new privatization: where did the whole port go?
14 comments
Information
Dear reader, to leave comments on the publication, you must to register.