Lightweight Austrian aircraft will replace An-2

October 22 2013
85
The state-owned corporation Rostec received government support for a joint project with the Austrian company Diamond Aircraft Industries (DAI). This is the official press release of the corporation. The companies will produce multi-purpose unified aircraft with a capacity of 19 and 9 passengers. The decision on support for this project was made by the Development Commission aviation general purpose during the meeting, which was held in Ulyanovsk. The amount of investment in the project will be about 10 billion rubles.


It is planned that at the final stage of this project, by 2016, a new production capacity of up to 60 diesel composite aircraft per year will be launched. It is assumed that the 9-local version will cost 80 million, and the 19-local version will cost 120 million rubles, which is 2 times lower than the cost of their hybrid or all-metal counterparts. The implementation of this project is designed to help Russian Technologies to occupy a significant niche in the small aircraft market.

According to the director general of Rostec, Sergey Chemezov, currently regional aviation in our country is in crisis due to the lack of high-quality modern light aircraft that would be affordable. The An-2 and L-410 aircraft fleet in Russia is obsolete, it has a high operating cost and low fuel efficiency. At the same time, the release of a fundamentally new aircraft will allow to fill this niche and create an adequate replacement for the existing fleet of outdated small aircraft. At the 1 stage, light aircraft and their engines will be fully assembled in Austria. In the future, partial production of components at the plants of the Russian state corporation will be organized. 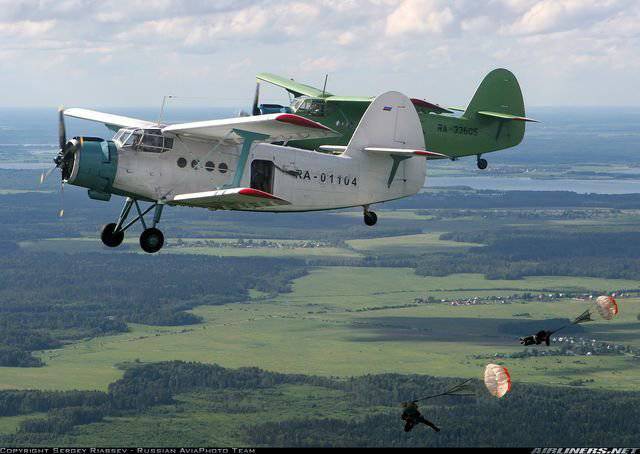 At present, about 90% of the entire fleet of small aircraft in our country are made up of the famous An-2 propellers (“corn dusters”). Most of these aircraft will simply be written off in a short time. By 2025, the need for Russian aircraft fleet in light aircraft is estimated at 1310 machines. By the deadline Rostec is going to release about 800 aircraft of this type.

DAI (Diamond Aircraft Industries) is a large Austrian company specializing in the production of small and ultra-small aircraft. The company has offices in major cities of Europe, North America, Australia and Asia. The main specialization of the company is the production of easy-to-maintain and operate aircraft for civil aviation. "Rostec" together with DAI is going to start production of small aircraft that can accommodate up to 19 passengers. This type of aircraft is able to meet the needs of local airlines, operating on routes in 400-1000 km. Additional clauses of the agreement provide for the organization of production in our country of aircraft diesel engines with power from 190 to 600 l. with., as well as the organization of production in Russia of light four-seat aircraft DA40 and DA42.

The implementation of this project will allow organizing a successful transfer of unique design technologies, mass production and certification of aircraft belonging to the new generation. This project will allow Rostec to take a leading position in the Russian small aircraft market. At the first stage, the aircraft will be assembled in Austria. At the second stage, they will be partly produced in Russia at Rostec's facilities, in particular, of aviation components — composite structures at the RT-Chemcomposite enterprise, as well as diesel engines of various capacities. Before 2018, investments in this project should amount to about 10 billion rubles. 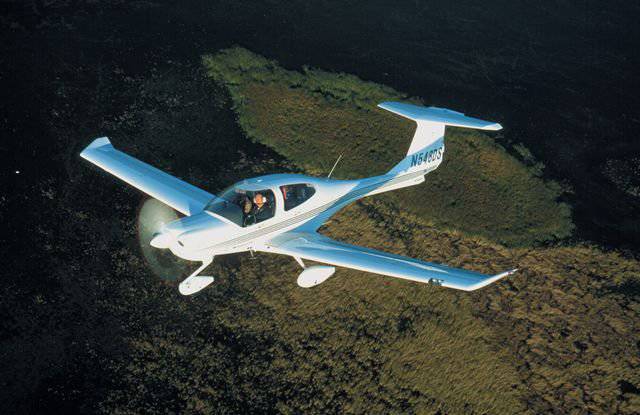 The government is already taking the first steps to support this project. Thus, the Ministry of Industry and Trade placed on the state procurement portal an application for a tender, the main purpose of which is to study technologies and conditions for the development of promising local and regional air transport systems (using the Small Aviation code). The initial value of this state contract is defined in 900 million rubles. This competition is directly related to the joint project of DAI and Rostec.

According to the project documentation of the announced tender, a light multi-purpose aircraft with a full refueling should provide flights over a distance of 2,5 thousand kilometers. The composition of the equipment and the design of the aircraft should ensure uninterrupted operation in difficult conditions at ambient temperatures from -55 to + 40 degrees Celsius, in high latitudes up to 75 degrees North latitude. At the same time, the possibility of taking off and landing from unpaved, snowy and ice platforms, as well as on water surfaces, must be realized. Applications for participation in this tender are accepted until November 14 of 2013. The results of the tender will sum up November 19, and the deadline for the completion of all design work will be 1 a year.

The attraction of unprecedented generosity

If we talk about the declared volume of investment in the new Russian-Austrian project - 10 billion rubles or 310 million dollars - this is a very significant amount, says FINAM expert THEM, Alexei Zakharov. As a comparison, he cited an example of the cost of creating another aircraft with a capacity of 19 people - EV-55, which is estimated at 90-100 million, while the Czech government has already invested 43 million in this project. At the same time, Russia does not intend to build a plant for assembling Austrian cars, since in the domestic aviation industry there are already fairly underused capacities, notes Alexei Zakharov. According to him, composites are being created today in production facilities in Ulyanovsk and Kazan, even if we manage to go to the assembly of 60 airplanes annually, which the expert does not believe in, it will not require large cash outlays for organizing assembly production. 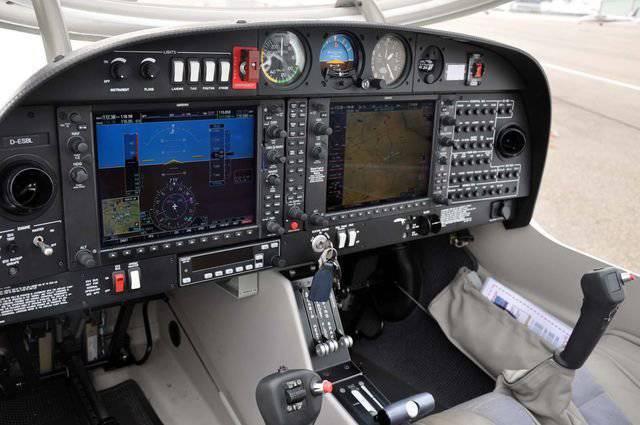 Industry analyst at Regiony Alla Yurova notes that the declaration of investment in the Russian-Austrian project at 4 is higher than the announced investment program of the project to assemble Twin Otter airplanes in 80 million dollars. But the planned production volumes at Rostec are several times higher: the planned capacity is 60 planes per year against 24 planes according to the Twin Otter project.

If we talk about the declared value of the new aircraft, then 80 million rubles or 2,5 million dollars is quite an adequate cost for a car on 9 seats, experts say. Currently, the price of a four-seater twin-engine Austrian DA42 L360, depending on the configuration, is 660-840 thousand dollars, while the An-3 turboprop, which was produced in small series in Omsk, was sold for 1,5 million dollars, Zakharov notes. At the same time, the cost of the 19-local aircraft at the level of 120 million rubles or 3,7 million dollars, will be very difficult to achieve, experts say. Alla Yurova notes that the catalog price of 19-local Twin Otter starts today with a mark in 6 million dollars. The machine for 19 seats must meet other standards, in order to achieve the announced cost of 3,7 million dollars, the aircraft design will have to be seriously worked. At the same time, the production of diesel engines is a rather expensive process - not at all cheaper than producing theater engines, Aleksey Zakharov notes.

Theoretically, state support for this project makes it much more likely to be implemented. But in practice, the project has a very large number of organizational and technical nuances that make its implementation very problematic, says Alexei Zakharov. Indicative is the fact that the project Rostec and Austrian company Diamond is not the first joint attempt to localize the production of foreign aircraft in our country. 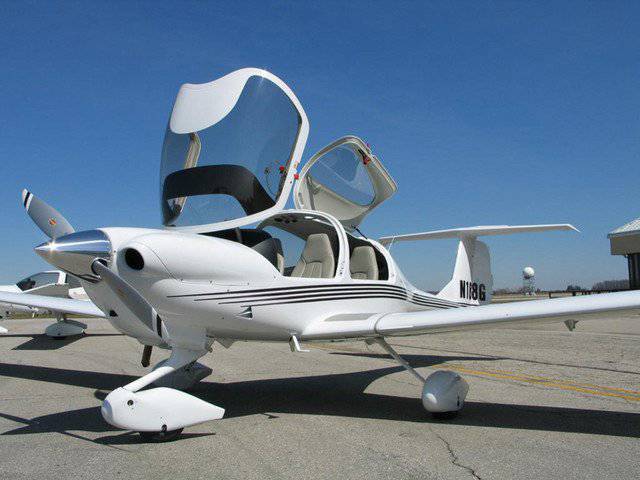 Previously, statements about the production in Russia of Czech EV-55 Outback, Canadian Twin Otter, as well as 19-local aircraft of the Kazan company MVEN had already appeared. The Russian government even thought about the remotorization of the old An-2. However, things are still there. Rostec has also spoken about its production plans more than once. In particular, at the beginning of 2013, the Q-400 aircraft assembly project in Ulyanovsk was widely discussed, but the matter did not move further beyond the talk.

However, on the other hand, now we are talking about a completely different type of aircraft - for socially significant small aircraft. The Russian government is concerned about the degradation of local airlines, which are in great need of state support. The economy of this segment of air travel is very complex, so it is very difficult to implement lucrative projects without significant government support, says Alla Yurova.

In particular, small aircraft companies will be offered government subsidies for the purchase of new aircraft with the implementation of leasing schemes, as well as government orders for socially important transportation. Manufacturers of such aircraft can be given privileges in promoting new cars on the Russian market, Yurova said. Therefore, with an adequate level of support from the government and the availability of effective demand, Rostec can successfully implement a project to create a new small aircraft to replace the An-2.

At the same time, Alexey Zakharov is much more pessimistic. According to him, firstly, there are not enough reliable aviation diesel engines in the world, otherwise everyone would have been flying for them a long time ago. Secondly, the Austrian company Austro Engine, which is a “daughter” of DAI, is actively promoting on its world markets versions of its own DA40 / 42 / 50 aircraft with a diesel engine, but there are no special queues behind them. Therefore, the desire of the Austrians to supply these diesel engines to our country is quite understandable. Thirdly, the Austrian company simply does not have experience in creating such aircraft. She has experience in the design and production of four-seater models, but the new aircraft is a machine of a different dimension. Here it is not just about “scaling”, it is a different production. The same Czech company Evector once built and sold more than one thousand light aircraft, while the model EV-55 turned out to be not so successful. Fourth, the operation of aircraft in Russia imposes its own footprints: regional airfields in our country do not differ in particular smoothness of the runway and impose increased demands on aircraft. It’s not a fact that the Austrians fully know exactly how to comply with these requirements, the expert THEM “FINAM” summed up.

Ctrl Enter
Noticed oshЫbku Highlight text and press. Ctrl + Enter
We are
Lessons MAX-2015Projection of force
85 comments
Information
Dear reader, to leave comments on the publication, you must to register.