Reflections on the fate of the Middle East 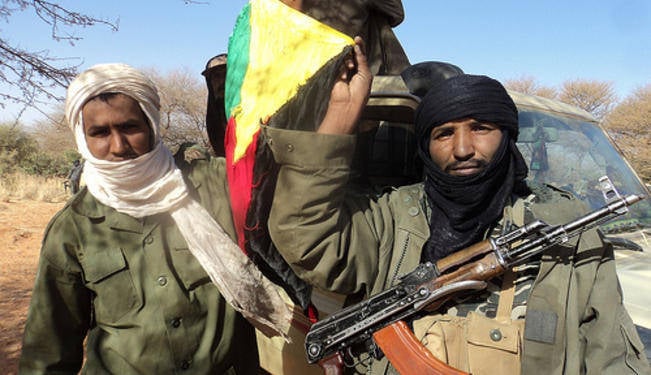 Since October 10, in the Islamic world, holidays have begun, related to the fulfillment by Muslims of their main testimony to the love of Allah - the Hajj. Traditionally, this is the time of reasoning about the One, the grace, omnipotence and grace, and also (for pilgrims) the opportunity to start life as if from a white sheet. After all, the one who visited Mecca, thus washes away all his sins.


This year, Muslims, both Shiites and Sunnis, have something to think about and why ask Allah forgiveness of sins. Indeed, since the last Hajj in the region and the world, a lot of events have occurred that in September resulted in a radical change in the general climate in the Middle East.

Discussed in complete secrecy for almost a year (from the G-20 summit in Los Cabos) between V.Putin and B.Obama, the problem of the elimination of the chemical arsenal in Damascus (reported by the authoritative French magazine Monde Diplomatic in its October issue of The 2013 year, citing one of the White House advisers who wished to remain anonymous, led to serious agreements between the Russian and American presidents in St. Peterburg on September 5 and, as a result, to “retake cards” itnogo in recent years of conflict in the region, but also globally. The Middle East has confirmed once again that world politics is done in it and - sometimes - at its expense.

The tension in international relations that has increased in recent years, which has threatened a major, if not global armed conflict, has been safely resolved and led to a multilayered compromise that redrawn the old balance sheets.

If we talk about the redistribution of power and power at the global level, it is clear in whose favor it came about following the results of the resolution 27 adopted in the UN Security Council 2118 in September on putting the Syrian arsenal under international control. This is, of course, Russia, whose “capitalization” on the world political stock exchange has increased dramatically. He added Beijing seriously and without much damage to himself on other fronts: he supported the political compromise on Syria in the Security Council and maintained (unlike Russia) fairly trusting relations with the Sunni monarchies of the Persian Gulf, from where it imports ever-increasing oil volumes, becoming gradually the main trading partner this region, instead of weakening the United States.

The balance for Washington looks much more nuanced. Critics of the current owner of the White House believe that the United States, having gone to this deal, is still more lost than found. Yes, tactically, they dealt to their main ally, Israel, by snatching a “chemical tooth” from its main enemy. But at the same time, they actually recognized the return of Russia to the region as a world power (the position that MS Gorbachev “surrendered” to George Bush Sr. during his meeting in Malta in 1989, in any case, it was always considered in the Middle East) and one of the main players in its open spaces. At the same time, B. Obama managed to “save face” and formally fulfill the promise he made in 2012, to resolutely respond to B. Asad’s intersection of the “red line”, which is the use of chemical weapons. At the same time, it is clear to all unbiased observers that chemical weapons were used not by the regime, but by its opponents, and precisely with the goal of drawing the US into the conflict on its side. The American president successfully escaped this war for the interests of others — with the help of Russia — and this too can be credited to him, as the USA as a whole, which for the first time in a long time behaved in the Middle East as a responsible power.

Looking more globally, the US made a strategic maneuver, allowing Moscow to increase its influence, (and, judging by the dialogue that began with Iran, and Tehran in the future) in the region, in order to focus its efforts on rebalancing its ties with the ASEAN zone, where they are facing ever-increasing China's activity. For all that, their resources are not enough.

Germany, who was skeptical at the outset of the military scenario and never supported it in essence, looks confidently.

With a loud crash, the Middle East policy of France failed. Since the beginning of the “Arab spring”, it was Paris that, under N. Sarkozy, made it almost the “godfather” of the Arab revolutions, sponsored them in every way, summing up the philosophical and political basis for the need to win freedom and democracy from Morocco to Iraq, promoting by all means the overthrow and the murder of M. Gaddafi, unconditionally supporting the most radical oppositionists to the regime of B. Assad. Paris and under F. Holland hoped to "remain in the cage" of the world powers of the first plan. He was also set up with a relatively easy victory at the beginning of 2013 of the year over jihadists in Mali, from where the French managed to get their feet off in time with the support of the “big brother” who lobbied 25 on April 2013 of the UN Security Council resolution on the replacement of the French contingent (he already was disguised as a contingent of ECOWAS countries) to international.

So much colder for F. Holland was the September shower. Neither B.Obama nor V.Putin devoted him to their plans and did not involve in the development of the theme of the elimination of chemical weapons, but about the abolition of the American military operation against Syria, in which the French were going to actively participate, as written by some evil languages ​​in the international media , in the Elysian Palace, they learned at the very last moment and were forced to cancel the orders already given to their armed forces. Even if this is not the case, and the billion-dollar military orders from the Saudi monarchy, signed during the recent visit of French Defense Minister Le Drian to Jeddah, can, of course, console Paris in some way, it is already clear: France in the Middle East is from "heavyweights ”Moved, rather, into the category of“ feather weight ”- this is how boxing is called in the box of the lightest weight category. 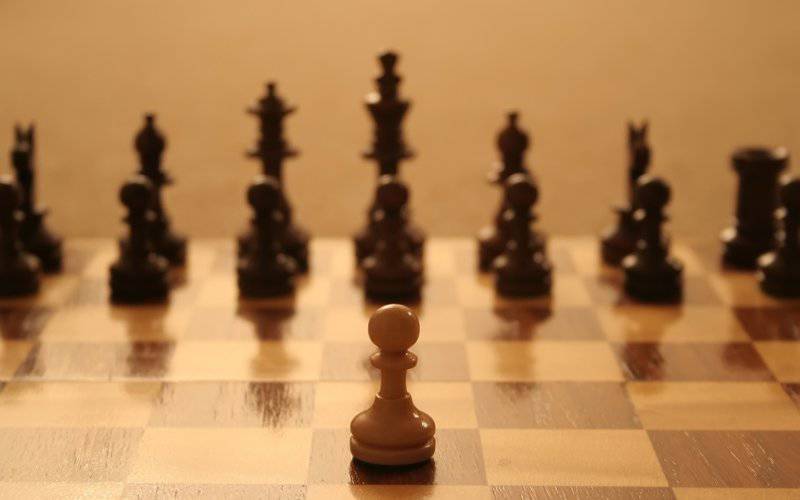 Britain has happily avoided the fate of Paris, because in the House of Commons the idea of ​​a military operation in Syria, proposed by Prime Minister D. Cameron, was not supported, which created the necessary precedent and allowed B. Obama to go the same way and using the same technology to appeal to the legislators. As a result, London has retained its authority as a country with at least in-depth expertise in Middle Eastern affairs and ready to protect its senior partner (USA) from rash actions.

If we talk about regional powers, then the first beneficiaries of the new situation were, of course, as mentioned above, the Israelis, because without any visible efforts on their part and without concessions on the problems of the Arab-Israeli conflict (the resumption of the Palestinian-Israeli negotiations not counted, but about the occupied Golan Heights, all amicably forgotten) they began to disarm their long-standing enemy. Now B. Netanyahu can dream of disarming Hezbollah and changing the regime in Damascus through Geneva-2 to at least neutral Jerusalem. If this happens “in package” with the neutralization of Iran’s nuclear program, then it will be a triumph!

The position of the Turkish leader T. Rejip Erdogan is worse. Turkish Prime Minister not envy. He, like the King of Saudi Arabia Abdullah, made all the bets to win the opposition in Syria, and his own, from the category of Muslim brothers. Not only did the war in which he wanted to achieve these goals did not take place, but also in the region the US turned away from its brethren in Egypt, and B. Assad’s troops successfully destroyed - to the joy of the Saudis - their main forces in Syria. In general, the shares of the "brothers" in the region fell sharply - they were not only removed from power, dissolved and banned in Egypt, but persecuted throughout the Middle East. If B.Asad beats them in Syria, then in the UAE, Saudi Arabia, and Kuwait they are being pursued by friendly monarchies!

As a result, Ankara, which has made itself the base of all the Syrian opposition, is forced to close the border with Syria, where battles between conditionally secular Syrian free army S. Idris and jihadists of various stripes are on the outskirts of Turkish cities, who seem to have the upper hand the masses of combatants against B. Assad. It cannot be ruled out that soon T. Erdogan will have to recall B. Assad's interview with the Turkish Halk channel from October 5, in which he predicted to Turkey the soonest problems and compared the terrorists supported by the Turkish Prime Minister to scorpions, who would eventually bite those who fed them.

Like any played politician, he will soon be forced to pay issued promissory notes, which will be presented to everyone - Kurds, Alevis, secular society. The latter, by the way, as in Egypt, can raise the question of a return to Kemalism as the only possible answer to the challenges of multi-religious and multi-ethnic Turkish society. The most interesting thing is that it will find support in this both in the West and among its current friends in the Gulf, who may prefer the traditional Turkish power of the military to the dubious society of losing in the Middle East to the Ikhwanists. And the opening of Armenian churches in Diyarbakir would then be insufficient to maintain the power of T. Erdogan’s party.

As for the regime in Damascus, he has not yet lost, although he has lost his main argument of deterrence in the face of external aggression. But he has time to destroy jihadists and, it seems, this does not at all resist in Washington, and in many European capitals. The next diplomatic party, the conference in Geneva, will be much more difficult for the Syrian regime, because it is not yet clear how Tehran will behave, looking for a solution to its economic problems and out of isolation in the region in a dialogue with Washington, but it still has to live.

Saudi Arabia, of course, considers himself the king of losers. She fully “invested” both in the overthrow of Bashar Assad and in securing, including financially (along with other GCC countries) the US military operation against Syria, but she suffered a crushing political and diplomatic defeat, probably the first such deafening in her stories. Her position, like that of France, was not taken into account, no one consulted. On top of all the troubles, the American-Iranian dialogue began, which threatens to be fast, constructive and lead to the most positive results in bilateral relations. And this will bring down the entire strategy of the Saudi monarchy of recent decades.

While in Riyadh, they do not want to admit their failure and rely on their lobbyists in Washington. The chemical weapons deal is called flawed, and the upcoming Geneva Conference on Syria was dubbed “Munich” beforehand. But the wonderful Muslim holiday Eid al-Adha, which comes, we recall, on the 10 day of the 12 month of the Muslim lunar calendar of the Zul-Hija, that is, October 15 this year, provides an opportunity not only to taste the sacrificial lamb, but also think about opportunities for more constructive engagement with the international community, which seems to have moved in a completely different direction ...

Ctrl Enter
Noticed oshЫbku Highlight text and press. Ctrl + Enter
We are
On the other side of the “red” and “white”. Izborsk Club ReportThe time has come, or we play the net!
66 comments
Information
Dear reader, to leave comments on the publication, you must to register.