New look in a crooked mirror 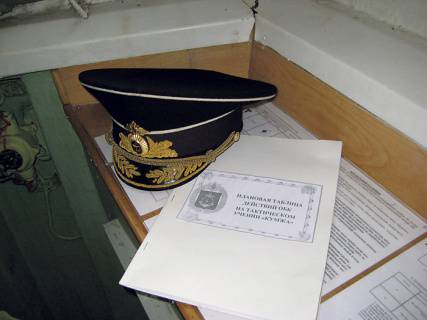 
Practically how they improved over the centuries, and so they have remained. This is especially necessary to keep in mind with the global scope of the entire power of the enemy. A war at sea in this case will not only be tactical and operational, but also primarily of strategic importance. But it all depends on the composition of forces fleet. Until 1990, the possibility of conducting a strategic operation on an ocean theater was considered. It was assumed that this operation will be carried out jointly with other branches and branches of the armed forces with the main role of the fleet forces. And these are not simple dreams. Say, for example, in 1984, the Northern Fleet deployed 84 submarines into the ocean during the Atlantic-64 exercise, not counting surface ships and auxiliary vessels. But then the Northern and Pacific fleets in their composition were ocean fleets. For example, the operational area of ​​operations of the Northern Fleet extended from the 140th degree of east longitude to the coast of America and Canada in the west and from the North Pole to Antarctica.

Since 1990, our fleets began to rapidly decline in composition of their forces, and with it their operational areas of operations were reduced. And now we see that all fleets are operatively subordinated to military districts. This means that the existing fleet forces can assist district troops in some small area of ​​operation of these troops. Under these conditions, the operational subordination of the Baltic, Black Sea fleets and the Caspian flotilla to military districts is quite natural. As for the Northern and Pacific fleets, when deploying global power in a war, they may have to solve independent problems in the oceans. We hope that this is not an empty sound when trillions of rubles are allocated from the country's budget for the construction of ships and submarines.

Every management begins with an assessment of the situation. An assessment of the situation in the oceans is always necessary for all fleets, whatever they may be. What does the commander of the Western Military District have to do with the situation in the Arctic and Atlantic oceans? Previously, this was done by the intelligence, operational management of the Northern Fleet, the General Staff of the Navy and the Main Intelligence Directorate of the General Staff. And now who evaluates the situation in the oceans? And this thing is not so simple. At the end of the 80-s, there were about 2,5 thousand ships and ships of various purposes and different states every day in the Atlantic Ocean, and now they probably have grown much more. Then only the command post of the Northern Fleet understood this situation.

The “new look” envisages the division of power management into two components: operational and administrative. Now the commander-in-chief of the Navy is called upon to exercise administrative control, which provides for the management of combat training of fleet forces for zones of operational subordination, personnel training for the fleet, construction of the fleet and other issues. Managing combat training is not an easy task. This is not only the delivery of coursework tasks, but also the entry of ships and submarines into the composition of permanent readiness forces capable of engaging with the real enemy within the prescribed time not only in the zone of operational subordination, but also there in the World Ocean, besides this question associated with mobilization planning.

As for training, here the “new look” simply did not provide for not only from the organizational point of view, but also from the point of view of training the fleet specialists, for the conditions of counteraction to the new means of struggle. For example, how to conduct anti-information warfare, how to counteract remotely-contact weapons. It should be borne in mind that the hostile informational influence is being carried out even now, in peacetime. Favorable conditions are created for the perception of this impact. For example, on the TFR “Yaroslav the Wise” in Baltiysk there are seven televisions. Is it too much for such a ship? But this is necessary for contract specialists, and without them the TFR will not go into the sea. Peak-caps - one-year-olds won't help here. In this we have an almost insoluble state problem.

Now touch the construction of the fleet. It must be carried out in accordance with the operational tasks set by the fleet. Previously, the construction of one nuclear submarine was provided by the work of at least three hundred factories. Where are they now? Perestroika left some of them outside of Russia. Therefore, the submarine "Yuri Dolgoruky" built 21 year, and the construction time of the two subsequent submarines significantly reduced. However, it is not necessary to use components and other materials and devices purchased abroad for them, otherwise we cannot avoid accidents and rocket falls.

Since the forms and methods of warfare in the future do not change for the fleet, it is impossible to compare the system of its management with other types of Armed forces. Operational submission means setting targets for the fleet. Control of the combat readiness of the forces assigned to accomplish these tasks, planning and control of forces in joint operations. In this case, the fleet can solve independently and other tasks. For example, to conduct anti-submarine operations, to carry out the defense of naval bases, communications, etc. The Northern and Pacific fleets must be directly subordinated to the Commander-in-Chief of the Navy. In this case, there can be no division into administrative and operational management. They are closely related to each other. At the same time, the Commander-in-Chief of the Navy directs operational planning in the event of a war, transfers fleets to the highest levels of readiness, controls the deployment of forces and the conduct of hostilities by them for the assigned tasks. For this, he needs not a command post, but a command post of the Navy, capable of holding the whole situation in the seas and oceans and, if necessary, taking over the management of any fleet. If we are talking about the construction of the ocean fleet, then we need to recreate the main headquarters and command of the Navy in the former structure, perhaps in a somewhat reduced structure.

If we do not do this, then we will not restore the combat capability of fleets capable of hitting the base of the global sea power of the attacking enemy.

Ctrl Enter
Noticed oshЫbku Highlight text and press. Ctrl + Enter
We are
Ways to build the East Kazakhstan regionMilitary reform as an integral part of the security concept of the Russian Federation: Systematic dynamic assessment
18 comments
Information
Dear reader, to leave comments on the publication, you must to register.