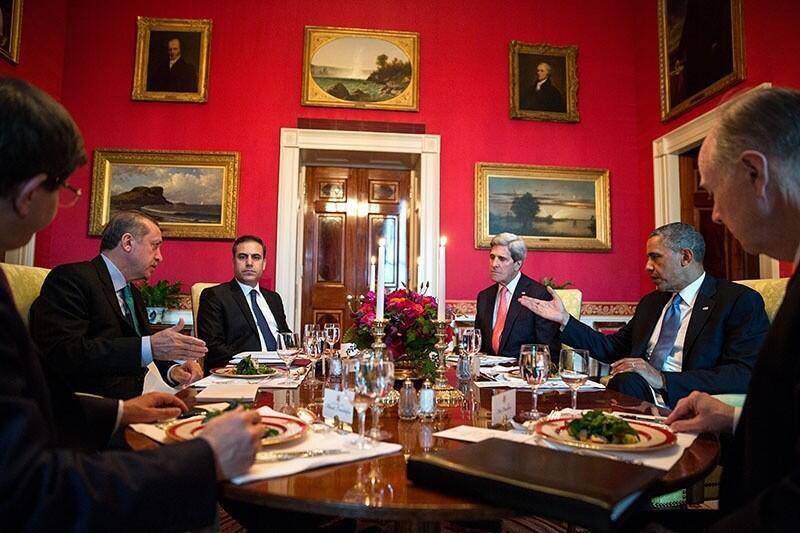 To hide the obvious is no longer possible. During the years of the war in Syria, the West, in an attempt to remove Bashar al-Assad from power, has built up a force so sinister that its tentacles are already drawn to the western capitals themselves. Al Qaeda in the Middle East is experiencing the peak of its influence. In Somalia, Al-Shabab has announced its full membership in this organization. In Libya, its members easily arrest the prime minister, and then release him. In Yemen, al-Qaida actually governs entire provinces. In Syria itself, in addition to it, there are no longer any serious forces fighting the regime ... Just the question should be raised how all this could have happened. It's time to look for the guilty. And in Washington started this.


Noteworthy in this regard is the recent publication in The Wall Street Journal, where the main culprit for the Al Qaeda renaissance was “appointed” by Turkey, which “ingenuous Americans” too trusted, and personally the head of Turkish intelligence (MIT) Hakan Fidan, called force "in the organization of the rebellion against the Syrian regime. 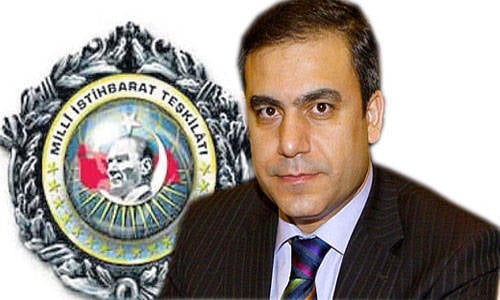 Fidan just 45 years, and he is not inclined to publicity. He headed the national intelligence service in 2010, and since then has turned it into an obedient tool of Erdogan’s policy, and he himself became a key executor of his decisions. In 2012, he also gained control of military intelligence, many of whose leaders suspected of plotting against the authorities went to prison. They call him “the man №2” in Turkey and put him even above President Gul. Former US Ambassador to Turkey, James Jeffrey calls Hakan Fidan "the face of the new Middle East." In Washington, where the Turkish security officials had long been accustomed to control, Fidan was “respected for his abilities,” but they are suspicious of him. He, in particular, is accused of the fact that in the interests of an equal exchange he transferred to Iran some of the sensitive intelligence information received by Turkey from the Americans. Israel believes that Fidan as a whole is “too conciliatory” towards Iran and therefore does not deserve trust. The elimination of pro-Western generals from power also did not add to his sympathy in the West. From the article it is clear that in Washington, Fidan is considered the author of the Turkish national security strategy and is unhappy that it "in some respects contradicts the interests of the United States." The purpose of the American attacks on Turkey at the moment, apparently, is twofold - to remove responsibility from the White House and at the same time discredit the inconvenient Fidan.

Americans point out that MIT, under the leadership of Fidan, acted as a “road policeman”, passing through border points weapon and reinforcements to the Syrian rebels. At the same time, moderate oppositionists argue that the main deliveries initially came not to them, but to the Islamists. It was alleged that B. Obama back in May during Erdogan’s visit to Washington during the meeting, at which Fidan was also present, criticized the Turks for supplying weapons to “not those rebels, such as anti-Western jihadists.”

Turkish analysts believe that the publication in the WSJ is directed not only against Hakan Fidan, but also indirectly against R. Erdogan himself: both were exposed as the main culprits of the al-Qaida rise. However, after all, the Americans themselves until recently closed their eyes to the activity of Al-Qaeda in Syria, deliberately minimizing its scale. Washington’s position is hypocritical because it continues to supply weapons to groups that recently announced a merger with Jabhat al-Nusra into a single “Islamic coalition.” In fact, all this time, the American special services were perfectly aware of the contacts of the Turks with al-Qaida as a real fighting force opposing Bashar Assad.

The Turkish leadership is reaping the storm, sowing the wind, even if not alone, but with the Americans. Turkish opposition media are eagerly catching up on this topic. They write, for example, that the creation of an al-Qaeda grouping "The Islamic State of Iraq and Syria" (ISIS) of an Islamic emirate on the border with Turkey is a direct consequence of Ankara’s policy. "You do not want to have a common border with the autonomous region of Syrian Kurds, you will have it with al-Qaeda."

As the Turkish publicist Cengiz Candar notes, the statements of the country's government that it does not provide any support to the Al-Qaida units in Syria and on its territory, no one believes for a long time. It is known, for example, that Jabhat al-Nusra, which later declared its orientation to Al-Qaida, was founded with the support of Turkish intelligence. Ankara even called the decision of the US State Department to declare the organization a terrorist organization in December 2012, unjustified and “premature”. So, all attempts by Erdogan to declare at the moment that he was not unaccustomed to the front of Jabhat al-Nusra are untenable. More than half of the members of the most radical ISIS al-Qaeda group to date have come from abroad. Without the help of Turkey this would have been impossible. The recent Human Rights Watch (HRW) report convincingly showed that behind all radical Islamist organizations in Syria there is broad support coming from Turkey. According to Cengiz Chandar, this position is largely due to the desire to weaken the Syrian Kurds, but as a result, the Turkish leadership turns them into their enemies. Suffice it to say that a few days ago al-Qaeda killed Servan Muslim, the son of Syrian Kurdish leader Saleh Muslim, on the border with Turkey. The latter also accused Ankara of providing military assistance to Jabhat al-Nusra units in their fight against the Kurds, including by firing at their positions.

Ankara's statements that it supports moderate opposition in Syria, or at least the Muslim Brotherhood, have not been supported by anything for a long time. Umit Ozdag (Umit Ozdag), head of the 21st Century Turkey Institute Institute, believes that these groups do not have strong positions in Syria. Only Al-Qaida-related organizations are fighting, "and there is no reason to expect that they will cooperate with the opposition supported by the West." He accuses the leadership of the country that it has drawn Turkey into the “Syrian swamp”.

A well-known Middle East expert, Robert Fisk, in an article in The Independent, writes that Turkey has become a supply channel and a base for Syrian jihadists, just like Pakistan for the Taliban in Afghanistan. Does not the same difficult fate await Turkey in this case, like Pakistan?

The policy pursued by Ankara over Syria over the past years not only suffered a complete collapse, but also threatens Turkey itself. Thus, the Islamic State of Iraq and the Levant group in Al-Qaeda affiliated with Al-Qaida threatened Turkish Prime Minister Recep Erdogan with a series of terrorist attacks in Istanbul and Ankara, if the Turkish government does not open checkpoints on the Turkish-Syrian border, closed after the Islamists took control of the Syrian border town of Azaz. Militants seized this city, displacing units of the Free Syrian Army (SSA) from there. Fierce battles around the city are still going on. The Azaz checkpoint is one of the largest points for the transfer of material and technical assistance to the rebels. Since the capture of Azaz by the radicals, the supply of the SSA with weapons and humanitarian assistance has become seriously complicated.

Turkey has no immunity from the spread of radicalism. By some estimates, more than 500 young Turks are fighting in Syria. Al-Qaida cells in Turkish territory are actively recruiting young members. Ankara is only a temporary ally for them, and the Erdogan regime is “too moderate” to recognize it as legitimate. Hands reach him. Chemical weapons, to which the Syrian opposition has reached, have already emerged in a number of cases in Turkey. It cannot be ruled out that in the case of attempts to stop their activities, al-Qaida cells may use chemical weapons against the Turkish authorities.

Turkish leadership course held in Syria will eventually lead to the fact that the return wave sown chaos there overflowed and Turkey. So Hakan Fidan strategy really can not be considered successful.

However, maybe this will be an instructive lesson in terms of relations between Turkey and its strategic partner in NATO. Playing someone else's game, it is easy to be guilty for all the blunders of the real initiator of this game - the United States, who have gained tremendous experience in timely discarding of played cards.

Ctrl Enter
Noticed oshЫbku Highlight text and press. Ctrl + Enter
We are
Angry african rockThe Bergman trail to the North Caucasus
59 comments
Information
Dear reader, to leave comments on the publication, you must to register.