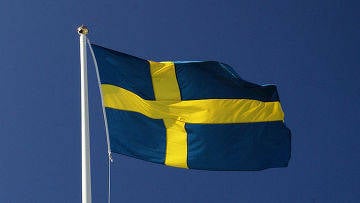 The Swedish Ministry of Defense warned the government that, in the absence of an increase in defense spending, the normal functioning of the main units of the army could be significantly hampered. This was reported by the weekly Defense News.


It was previously announced that during the 2014-2017 years. Sweden's military budget will increase by a total of $ 220 million, i.e. at 60 million dollars per year. The country's defense spending on 2013 is 6,2 billion dollars. Representatives of the Ministry of Defense said that in an emergency a number of units could be dissolved. In the spring of this year, their message that, in the event of the outbreak of hostilities, Sweden would last less than a week, provoked a negative reaction from the country's political establishment.

According to estimates of the military budget of the next year, made by representatives of the army, if the main articles of its requirements are not fully met, it is likely that the number of Gripen fighters in service will have to be reduced from 100 to 60 units.

The military believes that, in response to requests from the army, the center-right government of Fredrik Reinfeld can develop a long-term strategy for planning the military budget, within which funds will be allocated for the needs of the armed forces. The Minister of Defense, however, said in one of his speeches that if the size of the military budget was kept at the current level, the army would probably have to reduce the number of military transport aircraft and helicopters. It may be reduced the number of surface ships and submarines that are in the ranks of the country's Navy.

In 2012, defense expenditures accounted for 1,2 percent of Sweden's GDP, in 2013, percent - 1,35 percent. It is assumed that in the event that the current principle of forming the military budget remains in force, in 2016 it will be 1,1 percent of GDP. In 2012, this ratio was the lowest among all Scandinavian and Baltic Sea region states.

The report of the Ministry of Defense on the problem of increasing defense expenditures contains analytical information, according to which the cost saving regime and programs for reorganizing the army can increase its operational flexibility, but at the expense of reducing the fighting efficiency of individual units. At the same time, it is assumed that the capabilities of the armed forces can be increased by means of border security treaties with a number of Scandinavian states. A number of analysts emphasize the traditional Swedish neutrality foreign policy, which significantly increases the role of the national army in ensuring the country's defense capability.

The conclusion of the report states that, in the event that defense spending does not increase, the combat readiness of the army will be proportionally reduced.

Some Swedish politicians believe that tensions with the leadership of the country and the Ministry of Defense regarding the increase in the military budget are quite serious, and suggest that the demands of the military be met. Their main argument is that, in the present conditions of warfare, it is impossible to ensure the fullest possible security of the state without a substantial military budget.

Representatives of the Ministry of Defense said that they continue to focus on those programs for the development and procurement of weapons, which significantly enhance the country's defense. In particular, the joint Swedish-Norwegian program to create a mobile self-propelled artillery installation (SAU) Archer (Archer) continues, the first 4 units of which were delivered to the Swedish army 23 this September, and the total amount of units of this type ordered is 24 units. The Ministry of Defense also tentatively allocated 162 million to purchase 100 armored BvS-10 Viking ATVs manufactured by BAE Systems Hagglund (BAE Systems Hagglund). It is assumed that the vehicles will be delivered in various versions: armored personnel carrier, command and staff vehicle (KSHM), medical vehicle, and supply vehicles of the Swedish army.

Ctrl Enter
Noticed oshЫbku Highlight text and press. Ctrl + Enter
We are
Russia firmly occupies a place in the global arms market 2 and will maintain its position in the foreseeable future.Armored Vehicles Market in the Middle East in 2005-2012 and forecast for 2013-2016
13 comments
Information
Dear reader, to leave comments on the publication, you must to register.