The return of the Tatars to the Crimea, to their historical homeland, was ambiguous. The population of the peninsula met this event very coldly, and was in no hurry to rejoice. But those who wanted to prevent this event could do little. Many activists advocated violent methods, proclaimed the need to seize land, and speculated on nationality. Recently, the activity of Islamic radicals, whose goals are clearly not peaceful, has become especially noticeable. The creation of a worldwide caliphate is their dream and main idea. They want to live here according to their laws: the choice of clothes, the arrangement of life, established storage racks and furniture for the apartment - all this must comply with their laws and regulations. 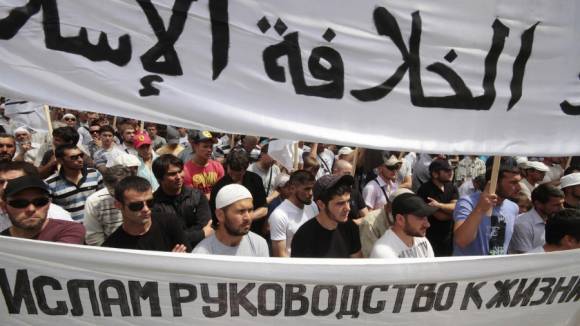 According to experts, such calls are constantly being made specifically and over time, the answers to them are becoming weaker. This suggests that Ukraine is almost unable to defend its laws and the constitution. In Russia, the activities of many organizations that exist in Ukraine and function quite legally are prohibited. The strangeness is that many officials continue to close their eyes on many incorrect points in the activities of such organizations and support them in everything.

Changes in social and religious life

Recently, an increasing number of splashes of violence and uncontrolled situations motivated by misunderstanding between residents of different nationalities can be observed. Religious differences are not uncommon among Muslims themselves. Among the local population is increasingly recruited members and new colleagues. Although, according to experts, all these conflicts were for the most part provoked and the main task of the authorities is to curb the activities of Wahhabis and eradicate the distribution of various unacceptable literature, otherwise in a peaceful Crimea you cannot avoid open opposition. And while operatives are constantly lingering offenders with extremist literature, the problem continues to be openly ignored.

Ctrl Enter
Noticed oshЫbku Highlight text and press. Ctrl + Enter
We are
The action “Military service under the contract is your choice!” In Rostov-on-Don: future contract servicemen, exhibitions and “Russian Knights”